Houkiboshi said:
Well, I always saw the Hood and the Renown as physically very similar... I have the game Fighting Steel and the Renown is pretty much the hood without one turret aft
Click to expand...

I forgot to mention that Renown-class only had 6 15-inch guns, not 8 like HMS Hood did.

Fighting Steel? Have to look it up.

Take a look at the CV behind the Yamato... The flight deck strikes me as very British like... Blended with the hull, unlike the Soryu and company, with the flight deck separated quite notably from the hull
Click to expand...

The One on the background? It reminds me very much of the HMS Hermes, which was a british cruiser converted into a carrier. 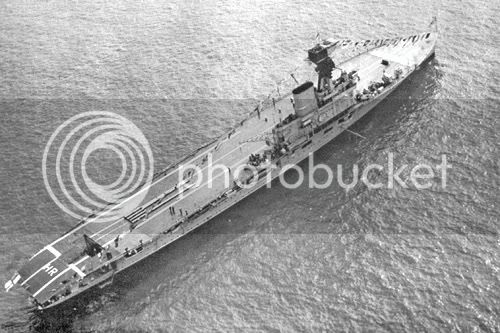 The IJN fleet carrier is a Taiho-class. The ship leading the formation is a Mogami-class cruiser converted to an escort carrier.
P

Dundradal said:
For all those who are interested in the battle of Midway...check out Shattered Sword: The Untold Story of the Battle of Midway by Jonathan Parshall and Anthony Tully. It does an excellent job of refuting the claims of Fuchida, Prange and Lord in their histories of the events. A well written history that is technical without causing one to drown.
Click to expand...

Was there much contention over Fuchida's version before this?

The ship had 3 months of service, so I had never seen it...

It's the only japanesse CV that had the British like deck

A couple of pics of the Taiho 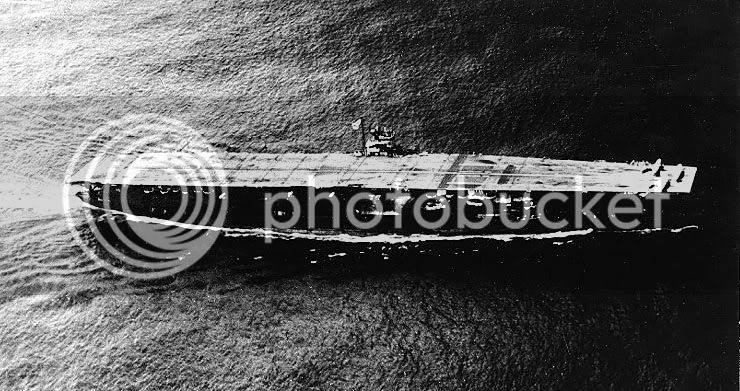 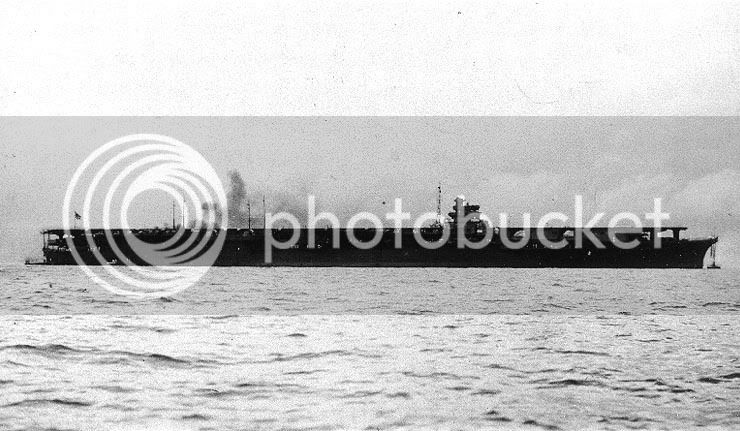 Primate said:
Was there much contention over Fuchida's version before this?
Click to expand...

Yes, as many of his claims simply couldn't be verified or were refuted by other sources. He is one of the first to claim that the decks of Kido Butai were covered with aircraft during the "Miracle 5 minutes" of 10:20 to 10:25 during which SBDs attacked, thereby knocking out 3 carriers. It has been shown that the planes were still below decks when the attack came in, so the damage that was sustained was more a result of the bombs penetrating the unarmored flight deck into the hangar area then causing secondary explosions. He also faulted Nagamo for not launching a 2 tiered search pattern, something that was not even implemented in either Navy until 1943.

Some of his comments of Nagamo's actions, as well as the intelligence he had at hand have been shown to be quite off the mark. His work is a result of post-war feelings in Japan towards the war and how to express what happened. The "Miracle at Midway" in honest was far from a miracle. Was it a tough fought battle that could have been easily lost? Yes, but if you look at the details of the battle, it was actually the US that had the local advantage.

3 US carriers (25 total ships) along with the airfields on Midway actually gave the US more air strength than the Japanese. In the direct Midway theater of operations, the Japanese only had 20 ships (including 4 carriers of Kido Butai), the rest of the IJN, while at sea, was in no position to support Kido Butai. It seems from studying the MI operation that Yamamoto actually just sent ships to sea for the simple fact of giving them something to do. Many ships of the IJN had spent most of the war to that point sitting in port.

So the US with more ships and planes, along with the better position and intelligence held the upper hand as long as they maintained the element of surprise, which they certainly did as the events show. The myths that have come to surround Midway come from both sides, as the Japanese accounts did little but confirm what was being said in American circles. It wasn't until the mid-1980s that a careful examination of Japanese carrier doctrine was undertaken and it showcased the vast differences between US and Japanese carrier operations this early in the war. It is interesting to see how each side had gotten some of it right, but was still utterly lost on other aspects.

Houkiboshi said:
Ok, my bad... It's the Taiho

The ship had 3 months of service, so I had never seen it...

It's the only japanesse CV that had the British like deck

A couple of pics of the Taiho

The Taiho was the first armored Japanese carrier. She had an armored flight deck as well as hangar like the British carriers of the time.

She was torpedoed enroute to the Battle of the Phillipine Sea and sunk as a result of inexperienced damage control crews allowing gas fumes to circulate the ship thereby setting the stage for secondary explosions.

I read a particularly good book about early war US Naval Aviation. It's called The First Team It covers the actions of Lexington, Saratoga, Yorktown, Enterprise, and Hornet up through the Battle of Midway. It also has some interesting parts about the Marines at Wake Island.