DefianceIndustries shared this fun new model with us today. Everyone loves a good Midway megacarrier, but the Flight IIA are much less represented in fan projects. As the story goes, the TCS Port Broughton that we see in Arena was scuttled, abandoned and them brought back to life as a floating outpost by militia forces, so it's very much past its prime. For this particular take on the ship, Defiance sought to imagine what it looked like in its heyday before enduring a decade of hard fighting the Nephilim. It looks super tough! 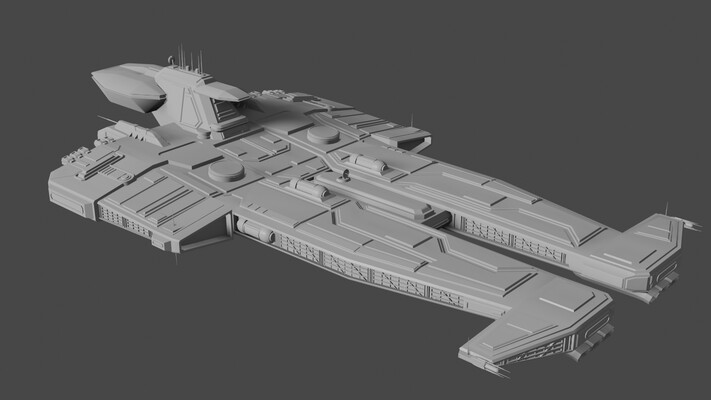 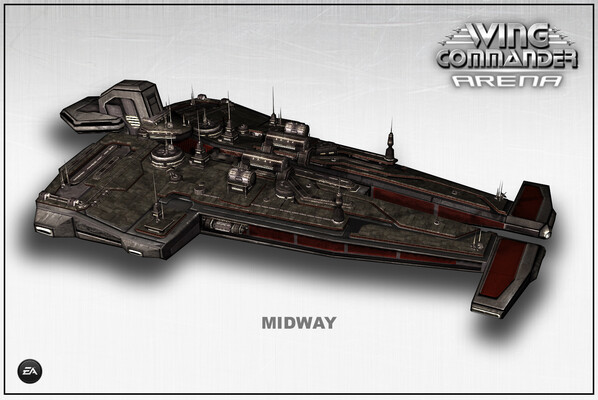 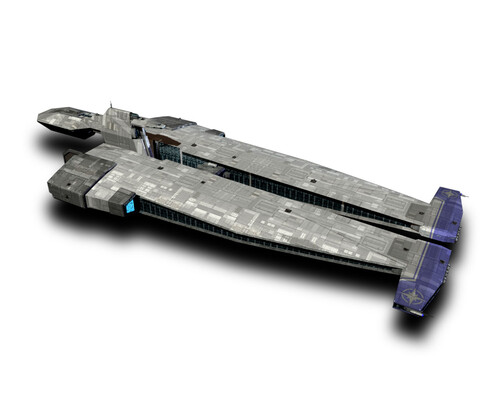 Got a bit of time today (for a change) and did some more detailing on the Arena Midway. I wanted to do a version of the "flight 2" Midways as they would've appeared in service. As you can see, it has less structure between the hulls, the engine pods are smaller etc. The original is a peace time design where as the arena version was designed to counter Nephilim swarms. Same basic hull, but the new version has tons of physical armor because shielding was less effective against bug guns (or so I believe from Star*Soldier). More engines but they are needed to move the extra bulk.
Click to expand...

😳 hook me up - I’m aboard 👍🏻 Awesome!
I always felt the Midway class to be unbalanced - the two hulls being to long, that hilarious little bridge in between and that dot in the rear of the bridge…
But you’ve rightened it 👍🏻 Love it so 100%
Well done 🤗👍🏻
… The perfect Carrier for my “Hellcat VI” 😉 which - by the way should come soon as a 3D-Version 😍

DefianceIndustries said:
Can't wait to see it!
Click to expand...

[...]I would ... round some corners and make the intakes more conformal to the fuselage. Hey. Thanks for your feedback, much appreciated. But could you help me out here? „round some corners“ - Check, I know what you mean, especially when thinking about the „Panther“... BUT What do you mean with...
www.wcnews.com
"Here goes nothing" ... onto 3D 😬
You must log in or register to reply here.
Share:
Twitter Reddit Pinterest Tumblr WhatsApp Email Share Link
Top