PopsiclePete has a slightly crazy update for us today: he has released a new version of the 1997 Wing Commander Prophecy Demo which fixes a small graphical error. The original demo displayed a small line next to each ship VDU... and with this update, that has been fixed! The Wing Commander Prophecy Demo is actually a series of new missions which form a 'midquel' that takes place during the finished game. Well worth exploring for any hardcore WingNut! You can download the new installer here. Can you spot the difference? Here's the before and after: 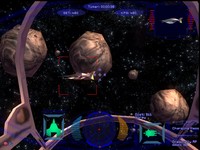 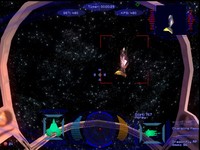