There's a couple of really cool updates for the Homeworld Remastered Mod. Up first, the demo WC3 era campaign has a new mission. It's a neat setup where players have 15 minutes to prepare for a Kilrathi invasion force. There are a number of ways to win and a number of things to do to get ready, and it'll be interesting to see how players take this challenge on. The other improvement is a visual trick that potentially allows L.I.F. to implement variable textures on his ships. This will allow the game to better differentiate between different members of the same class with proper naming or hull numbers. Grab the latest version of the mod here. 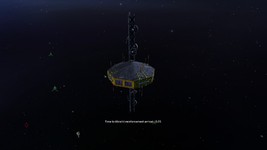 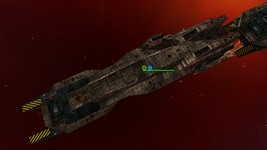 I'm mostly done on the third Victory single player mission: Following the successful destruction of the Kilrathi supply convoy, the Victory and her battlegroup are holding position next to the jump point. The InSys station that noticed the convoy in the previous mission left EMCON and discovered two problems:

* Some Kilrathi stragglers are still around, some are launching an attack on the InSys depot while others are dashing to the jump point.
* A sizeable Kilrathi task force, most likely the elusive carrier's full escort, is getting ready to jump in Cambria, on top of the Victory.

The player will have (15) minutes before the Kilrathi jump in and must use this time to its fullest: protect the InSys depot to get some help from it against the task force and just as importantly prevent the runners from jumping out, because if they do so, they'll tell the task force how outgunned the Victory is, leading to an immediate attack before the end of the countdown. The fun thing is... the runners all start in random positions every time you play the single player mission, meaning you'll have to patrol the ingress to the jump buoy to make sure you can take out the blockade runners. If you do so, however, you might very well get to plan a very, very satisfying ambush on the Kats.

After playing it completely in release conditions, a few bits of tactical advice:

1) You have two focuses at first, the InSys base to protect and the jump point to blockade. The assets you have are enough to do both of them, but the blockade will need constant attention and to detect the runners early enough to kill them ASAP.
2) You have slow and persistant firepower with your capital ships and fast but momentary firepower with your squadrons. Each can be used to solve each side of the problem in time, but only if used adequately.
3) Your Arrow are recon/patrol fighters. Use them in this role if you want to win.

As usual, I would love to have some feedback on the missions. :)

So, thanks to a lot of help from Dark Sentinel, a potential feature has reached the demonstrator stage. DS made a custom shader allowing part of a large texture to be used on a smaller area of a ship. In this case, the name plate area of Confed carriers. With a texture file containing more than a dozen individual name plates and a dynamic selection script I wrote later, it is possible to have several ships of the same class to show different name plates during the same game, the entire thing being smooth from the PoV of the player. Or, for particularly idiotic yet awesome development, it would theoretically be possible to have every single fighter in the game wear different numbers, squadron insigna and pilot names.

No promise, of course. This is a proof of concept and there are things which are much more deserving of both time and work. Pictured (above), a close shot of two Jutland with different name plates, 02 and 07: