Wing Commander actor Freddie Prinze Jr. was recently interviewed on the Full of Sith Star Wars podcast. Prinze mostly talks about his early exposure to Star Wars and his recent voice work for Star Wars: Rebels, but around the 23:30 mark the topic shifts to the Wing Commander movie. They mention the Phantom Menace cross-promotion and making friends on set, but Prinze also blames production issues for the movie not living up to its potential. Check it out here.

Freddie Prinze, Kanan from Star Wars: Rebels joins the Full of Sith crew to discuss a variety of topics. From his earliest exposures to Star Wars, hints about the future of Rebels and his relationship with Mark Hamill to the difference between Dave Filoni and Vince McMahon, we cover it all. 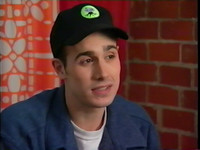 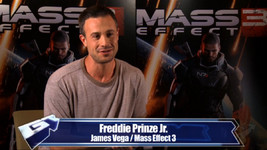