Thank You To All The Wingnut Veterans 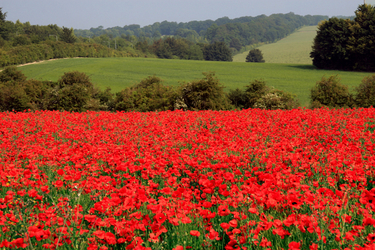 On this November 11, 2012, the Wing Commander Combat Information Center would like to extend our sincere thanks to all the Wingnut veterans. We are grateful for your service and sacrifices, and wish all of you the best in your tours of duty and hope for your safe return.

At the 11th hour, of the 11th day, of the 11th month, in 1918, the First World War came to an end when the Armistice between the Allied Powers and Germany went into effect. After four years of the most devastating war in human history to that time, the people of all nations involved tried to comprehend the level of loss that had been inflicted on an entire generation. The British Commonwealth and the United States declared November 11, in 1919, a public holiday to recognize the sacrifices made during the First World War. “Armistice Day” became a yearly remembrance by both nations and eventually other powers. In 1954, following the Korean War, the United States changed the name of the holiday to “Veterans Day” and made it a remembrance of all America’s veterans. The British Commonwealth now recognizes November 11 as “Remembrance Day.” Many people wear a red poppy, a symbol of the day inspired by the red poppies that appeared across battlefields in Flanders.

In Flanders fields the poppies blow
Between the crosses, row on row,
That mark our place; and in the sky
The larks, still bravely singing, fly
Scarce heard amid the guns below.