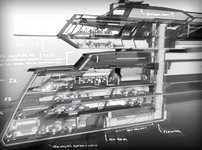 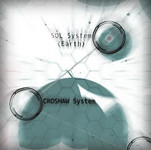 The website for Roberts Space Industries came to life today. The major headline is that Chris Roberts' new project, having been in the works for around a year, is set to be revealed this October 10th! As many commentators have pointed out, this happens to coincide with the Game Developer Conference in Austin. Right now, it's not known if this will be a new title in either the Wing Commander or Freelancer franchises, or a spiritual successor. Be sure to sign up and explore the RSI website for yourself, and check back throughout the day for updates and analysis. In case you missed it, we also ran a piece on Chris Roberts' new venture yesterday.

Until the project is revealed, the website aims to bring together fans of Wing Commander, Privateer, Starlancer and Freelancer. It has the following sections:

These sections are currently unavailable:

AD has collected the concept art from the website.