WC vs. History: Tools of the Trade 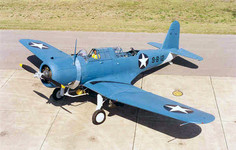 The TB-80A Devastator was the Terran Confederation's premiere torpedo bomber at the outset of the Nephilim invasion. Devastators were larger bombers designed to fly off of fleet carriers like the Vesuvius and Midway classes. Dotted with defensive turrets, Devastators also mounted a central plasma cannon that would shake up established fighter strike doctrine. Devastators played a major role in the destruction of the Nephilim wormhole gate at Kilrah.

The Douglass TBD Devastator torpedo bomber entered service in 1937. It was obsolete by 1941. Affectionately called the “torpecker” it lacked speed and maneuverability needed to fight amongst carrier fighters in 1942. This plane is best remembered during the Battle of Midway for the attacks of VT-8, -6, and -3. The 15 planes of VT-8 launched from the USS Hornet were annihilated during their attack run save for one more, Ensign George Gay. VT-6 and VT-3 also suffered under the guns of Japanese Zeroes during the battle. 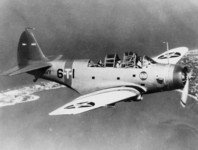 The Union of Border World's TBP Avenger is an unlikely torpedo plane. Used as S&R craft during the Terran-Kilrathi War, these 'flying bricks' would prove to be an unusually effective striking platform during the 2673 secession crisis. Even Colonel Seether flew an Avenger at one point--destroying the Orlando Depot as part of the plot to convince Colonel Blair to support Tolwyn's move towards war.

The Grumman TBF Avenger was a modern torpedo bomber that entered service in 1942 and first saw action in the Battle of Midway in June 1942. It was a vast improvement over the TBD. It had greater range, speed, payload, and armor than the TBD. It carried its ordinance internally which improved airflow around the aircraft for improved performance. During the Battle of Midway, six planes of Torpedo 8 based on the island used TBF Avengers to attack the Japanese carriers without success. Only one of the six aircraft survived the attack. The Avenger went on to participate in every subsequent Pacific carrier operation. TBFs sank a great number of ships and most famously put a large number of torpedoes into each of the Yamato class battleships, Yamato and Musashi. 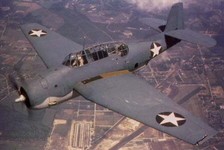 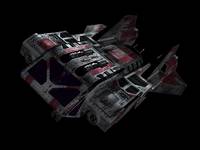 When the Terran Confederation first went to war, the Wildcat was the Navy's front line space interceptor. The Wildcat was able, if aging. A c50 million, thirty year old design whose upgrade program died in the senate, Wildcats none-the-less served admirably in the war's first battles. The Wildcat mounted two lasers and two mass drivers and carried seven missiles (six guided, one dumb fire). Ensign Geoffrey Tolwyn, never trained on the fighter, flew a pair of missions in them during the catastrophic McAuliffe Ambush.

The Grumman F4F Wildcat fighter entered service in 1940. It served throughout the Pacific War. During the early part of the war it was the only effective carrier fighter available to American forces. With the introduction of the Thach Weave in the spring of 1942, the Wildcat became a difficult opponent for the Japanese Zero. However, it was still outclassed by a Zero piloted by a superior pilot. Throughout the Pacific War the Wildcat earned a 6:9 kill-to-loss ratio, which pales in comparison to its successor, the F6F Hellcat which finished the war with a 19:1 ratio and over 300 aces. 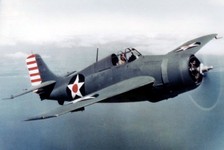 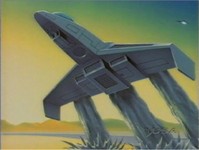 When we set out to write this update we planned to look at the Order of Battle at Midway and write about all the ships in Wing Commander's coninuity that shared their names. What we discovered is that that only one warship at the Battle of Midway has its name used in Wing Commander--and, a bigger surprise, it was a Japanese carrier. Her Wing Commander ancestor is the TCS Soryu, mentioned in passing in Action Stations:

"The carriers we do have, other than Concordia, were launched before I was even born. They're antiques, held together with spit and duct tape. Even though Soryu is listed as being on-line, the truth is she's nothing more than a floating stockpile for spare parts, which get stripped out to keep the other five like her going. The fleet spends nearly sixty percent of its time docked right upstairs to save on engine time," and as he spoke he pointed up to where the fleet was now docked at Alexandria.

The Japanese carrier Soryu (Japanese for Blue Dragon) was commissioned in 1937. Soryu would become one of the core members of Kido Butai, or the First Air Fleet. Kido Butai was the first carrier centric striking force in the world. Soryu would participate in many prewar exercises and the early war engagements until it met destiny off Midway in June 1942. Soryu took part in the strike on Pearl Harbor with her planes attacking Battleship Row. One of her B5N “Kate” torpedo bombers put the torpedo into the Arizona that eventually sank the battleship. On the way back from the Pearl Harbor Raid, Soryu and sister ship Hiryu were detached to support the Japanese invasion of Wake Island. In February 1942, she along with the rest of Kido Butai launched an air raid against Darwin, Australia. She also fought in the Battle of the Java Sea. At the beginning of April 1942, Soryu took part in an operation into the Indian Ocean. The Japanese raided the British on the island of Ceylon. They took part in the sinking the cruisers Cornwall and Dorsetshire and the carrier Hermes and her escorting destroyer Vampire. She also chased after the USS Hornet and Enterprise following the Doolittle Raid to no success. It was on June 4, 1942 that the Soryu met her end. During the 1020-1025 dive bomber attack, the Soryu took three 1,000 pound bombs. These started uncontrollable fires in the hangar decks full of fuel and partially armed strike planes with ordnance stacked around the hangar because of Admiral Nagumo's rearming orders and counter-orders. She sank at 1913 pm taking 711 of 1,103 crew to a deep grave off Midway.

Tomorrow: Midway's legacy in both the 20th and 27th Centuries.