Lt.Overload has released the second mission in his mini campaign. The adventure puts you in the cockpit of an Excalibur during a strike to finish off the Kraken from the last mission. Unzip the mission pack into your Secret Ops directory after installing SO Sim, and have fun! More detailed instructions are included in the zip.

Okay guys, here it is, the final mission in this little campaign, "Blasting the Cap Blaster!" Included in the .zip is the mission, the new flyable ship, the new music, mission info, the sector (just in case), and a LOAD of screenshots (which hint at the ship you fly ;) )! As before, everything was made with MISB and MED. Instructions on what files do what and where to place them are in the zip! 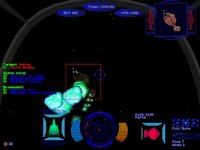 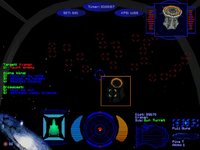 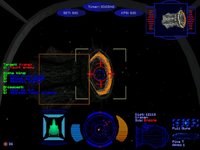 Although we cannot gain assistence from the Kilrathi clan in the system near us, a nearby Comm Relay Station has sent forces to our position. Take the wings to the Kraken's location and finish this threat once and for all. Due to our low resources at the moment, your wing will be flying Excaliburs. By the time this breifing is over the loadouts for the Excaliburs should be complete. The fate of this system is in your hands now, send them all to hell.

Or Get Two for One!

Both of Lt.Overload's missions have also been grouped into a special double pack. His first sortie has been upgraded with new music. The update also includes a tweak to the simulator to make two flavors of the Thunderbolt flyable. This is the complete package with everything! 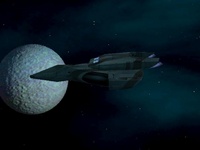 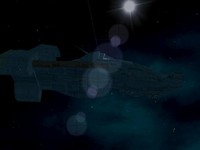 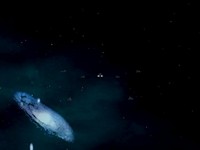 Also, I made a complete zip called the "Kraken Campaign Mission Pack", it includes all missions, text, sectors, screenshots, and new ships that replace the Tigershark and Wasp in the simulator! It also includes a new .mgi I made myself for the first mission! It's a must-have if you didn't get the first zip!