Kombo.com is running a piece on Malcolm McDowell's videogame appearances. They mention the part of Admiral Tolwyn in Wing Commander 3 and 4, as well as his more recent work. McDowell can be seen in Red Alert 3's live action sequences and he did voicework for Fallout 3. Earlier this year, Electronic Arts also highlighted McDowell's famous performance in WC4.

He's been appearing on screens of various sizes in 1964, but now he seems to have found a surprising niche for himself as the voices of various video game baddies. Most of you out there know that he was the voice of President John Henry Eden in Fallout 3 (apparently the ZAX computer didn't know that a foreign born American can't become president), but his appearances as a man, or reasonable facsimiles thereof, has been going on since long before Fallout 3 was a pencil scratch on official Bethesda stationery.

His first role in a video game was in 1994 when he took the role of Admiral Sir Geoffrey Tolwyn in Wing Commander 3 and 4. I'd never played the game before, so I went and had a look; apparently Tolywn was the start of a theme for old Malcolm as his character, Tolywn, was someone who had heard of the words "morality," "restraint" and humanity but had ordered a surgical strike on them from orbit. At some point in the game it had been discovered that he was using illegally created clone soldiers (he was the first to make it the "in" thing) and use it to provoke a war so that he could create his own, and admittedly rather twisted, vision of the future. 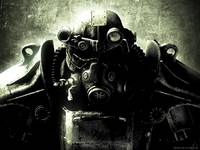