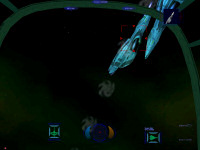 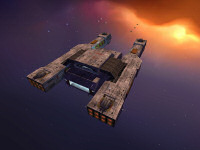 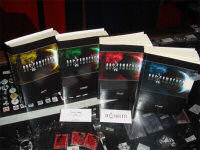 This is the third of three in-game medals. This is Wing Commander Arena "Gold Star", part of a system patterned after the awards in Wing Commander I. This art was not used in the finished game. 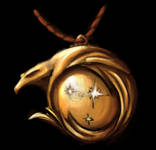