SirJorj has upgraded his Vega Project to the big(ger) screen. Previously available for the Nintendo DS, his tech demo now runs on Windows and the XBox 360 with an XNA Creators Club membership. XNA Game Studio Express and an XBox 360 controller is also required. All of the original WC1 fighters have now been added in with their proper guns. So far the ships just fly around and shoot, so jorj insists that people don't go out and buy the XNA gear just to run this demo. It should be kind of neat for people who are already set up, and looks good for slightly whetting your Arena appetite. If you do get a chance to load this up, let everyone know what you think at Crius.net.

Running this requires installing a decent amount of software, so proceed at your own risk! I have successfully ran this on my Dell laptop and XBOX360 console. The XNA Game Studio Express software (free) might require Visual C# 2005 Express (also free) or greater. Running this on the XBOX360 requires a XNA Creators Club membership, which is not free.

The downloadable ZIP files each contain a .ccgame file that was generated by XNA Game Studio Express. Since my Windows system has all the development stuff installed, I really don't know what all is required to run this. To run this in Windows, you need a wired XBOX360 controller. These have a standard USB port and install easily if you tell Windows Update to find the driver. On the XBOX360 console, wired or wireless controllers work.

Standoff Voice Work Back On Track

Quarto reports that Standoff's has resolved their recent problem with voicovers. The team is back in communication with their key voice actors and well on their way to getting all the spoken lines that they need. They are now busy editing in more than two hundred new clips for Episode 4 & 5. And if you missed the news last week, Standoff is now working with Marten Davies, the original voice of Admiral Tolwyn, to record a few special lines for the game! 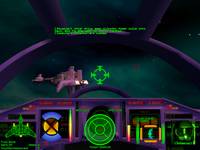 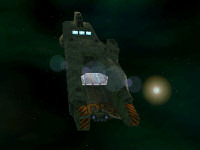