There's a new video game movie in the works, and it features not one - but two! - actors from the Wing Commander series. Last year we reported that John Rhys-Davies and Matthew Lillard would be starring in Uwe Boll's follow-up to BloodRayne. In the Name of the King: A Dungeon Siege Tale follows Microsoft's fantasy RPG storyline with Burt Reynolds as the king and Ray Liotta as the evil bad guy. Leelee Sobieski, Ron Perlman, Claire Forlani and Kristanna Loken also have starring roles. At one point the movie was to be split into two parts, but apparently it's being scaled down and merged back into one film. This has put the release date in flux. In the mean time, you can check out the 12 meg trailer here. Paladin seems to deliver a characteristically solid performance, but watch out for Lillard's appearance beginning about two minutes and ten seconds in. 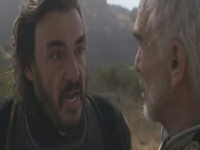 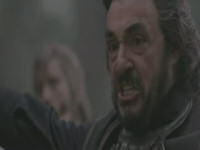 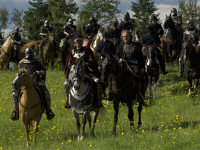 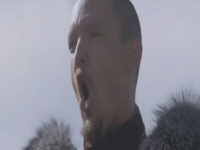 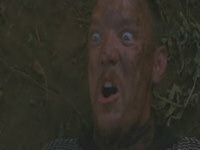 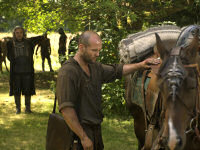 I really enjoy digging up classic reviews and articles on Wing Commander from back in the day. Reading the excitement in the authors' words at the quality of a new WC title brings back some good memories. And then there's articles like we have today. Uzianna.com is a PC gaming website that divides its time between new releases and reviews of classic games. Their articles on Wing Commander 3 and Privateer 2 were just completed in the last few weeks. The reviews are unsurprisingly affected by age, and neither review seems as into the interactive movies as most fans were at the time. When someone remarks that the graphics are apparently "not that great," I'd consider that a complement for a twelve-year-old game. The content descriptions in each piece certainly sound neat though, and I'd definitely be interested in the series if this were my first look at them.