It's the sort of thing that I'm surprised people don't create more often, but Plywood Fiend has created a WC music video featuring footage from WC3 extracted using HCl's movie player with Tourniquet by Evanescence for the video's music. It's slightly fuzzy due to the low resolution of the original videos, but that aside it's an interesting piece. You can download the 6 meg file here. 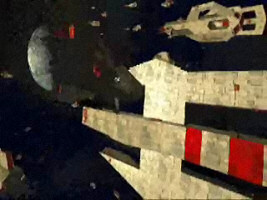 If you're interested in movie videos, the only similar work that I've been able to find was released almost exactly two years ago here. Perhaps this will inspire people to make more.

A team of European astronomers has released what they have confirmed to be the first photograph of an extrasolar planet. A possible candidate was announced last year, but questions about its contents linger to today. The new image appears to have been substantiated as the real thing however. The smaller orange blob in the picture below orbits GQ Lupi about three times the distance that Neptune orbits our sun. Space.com has a full writeup on the story here. 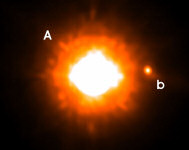