WC Saga's Tolwyn sent us this batch of screenshots from their Freespace 2 mod, along with a status update and a request for help:

here are the latest pictures from Wing Commander Saga, showing new backgrounds and in-game action in never before seen quality (which is refering to the pictures I released before) 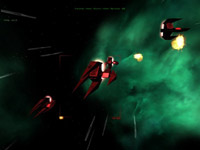 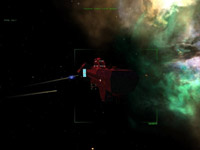 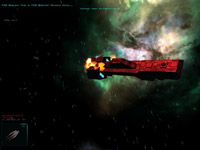 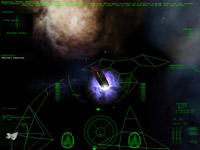 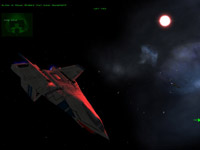 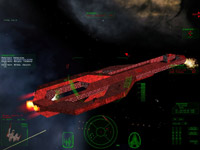 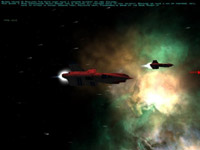 We have 15 missions finished (or almost finished) and more are yet to come. We are still looking for voice actors, so if anyone is interested he should drop me a line...

Since we were late posting the previous one, you get to read two Holding The Line chapters this week.

HTL continues with part 8 of my "Into The Inferno" series, Extreme Measures. As you saw at the end of part 7, and of "False Hopes And Nightmares", the Combined Fleet's situation had gone from bad to worse, leaving them looking at battlegroups coming in from three different jump points. This story picks up from there, and is written by yours truly.

The story is at: http://homepages.ihug.co.nz/~theraj/archives/ch179.htm

On another note, the Aces need web designers. Acenet hasn't been getting a lot of attention over the past couple of years. There have only been a couple of sites added to the Acenet in that time, and Acenet Central itself is long overdue for a major update. As part of the effort to revitalise the Aces Club, there are plans afoot to give Acenet Central a total revamp, and also to recreate the Aces Lounge, a place where the stories and other projects created by the Club can be showcased. Several people have already volunteered things like design templates, stories and renderings to go on the new sites.

What we don't have, and what we really need if we're to get this effort off the ground, is people who can help with website building and programming. We need people who are willing to do the hard yards of building these sites. If you have the skills and the commitment to help see these projects through to completion, you would be helping the Aces Club out in a big way. If you're interested, please either email me or post to the new Aces board at: http://www.justinlee.ca/wca