I was reading a random CNN article and it reminded me about an old in-store Electronics Boutique deal. Apparently the chain came across a huge stock of unsold copies of Starlancer and has sold them for $1.99. I cleaned out my local stores a long time ago, but their deal is still running online. Among the non-Wing Commander space sims, Starlancer ranks as one of my favorite. It was made by Erin Roberts and a number of other Wing Commander veterans at Digital Anvil in the late 1990s. Like most space sims, it lacked some of the atmosphere that so fully colors the Wing Commander universe, but it was still a fun game. It also featured very neat cooperative multiplayer through the main campaign. I think many people didn't take advantage of this feature at the time, but for $1.99 there's few excuses not to give it a try now. Shipping gets as low as $1.99 too. Still not tempted? There is also a demo you can try. 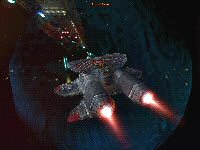 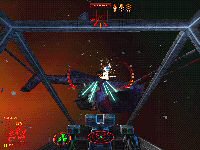 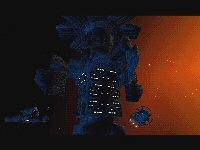 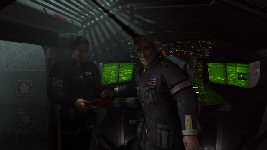