Pix has expanded his Wing Commander archive with a scan of the relatively rare Wing Commander III: The Ultimate Strategy Guide. It's decidedly the fourth best guide book for WC3 after Origin's Official Guide, The Authorized Combat Guide to WC3 and the Japanese Guide to WC3 on Playstation. But while the other two English books are included freebies with the game on GOG, the Ultimate Strategy Guide is lesser known and harder to find. It's certainly a very interesting artifact in its own way. Hopefully more fans can check it out now! 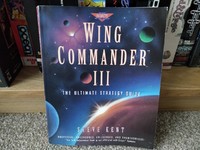 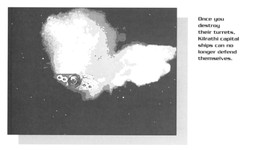 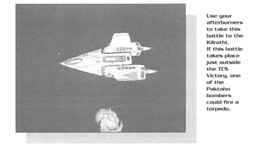 I recently realised I'd missed it out so if the other 3 guides weren't enough for you, there is now a scan of the Wing Commander 3 Ultimate Strategy Guide in the disorganised list that I call a downloads page.
Click to expand...

Awesome. Was just chatting with Loaf on twitter about this. : )

I have a copy of this guide. Didn't realize it was rare but it doesn't surprise me; it's not that great of a guide...

I have a copy of this too. Strangely it was in all the shops near me that sold computer games where as the others I couldn't find anywhere

I think not so much rare as... unwanted.

If you'd like a physical copy, Amazon has them for a few bucks.

In 1994, there were two major American 'game guide' companies: Prima Publishing (an imprint of Penguin) and Brady Publishing (an imprint of Random House.) Game publishers would typically sign a deal with one or the other to do an 'official' guide for a new game. Being the official guide meant that the game company would provide the book publisher with specific support that ranged from providing design documentation and art assets (at the last) to developing and laying out the books themselves in house (Origin did this frequently.) This support typically let the publisher of an official guide print the book as close as possible to when the game shipped: you sold a lot more strategy guides bundled with a game purchase than you did waiting for people to come back and want it later.

For 90% of games, the agreement to do an official guide meant that would be the only guide. But SOMETIMES a game was so big and so potentially profitable that it was worthwhile for whichever company lost out on the bid for the official guide to take their pitch and turn it into an unofficial book that could be sold as an alternative. Wing Commander III was the best-selling game in the world at the time and so Prima decided to take this route... which meant planning and designing as much of the book as possible based on early information and then having a writer 'figure out' the game and write the rest of the book THE MOMENT it released in order to release the book as fast as possible. In order to make up for the lateness (and the general crumminess compared to a beautiful official guide) publishers would offer much better margins to booksellers to try and have it be appealing to carry an 'alternative guide.' (In this case, one thing Prima was banking on is the cachet of their 'Secrets of the Games' series. Even though the book is unofficial it could still be recognized by readers as part of the same series as the properly licensed Wing Commander I & II Guide...)

Note that there have been a few other publishers over the years; Sybex, for instance, occasionally scored an official game guide license. Also, Electronic Arts frequently experimented with trying to start their own line of books. The "Playtester's Guide" series of books was an experiment in this and then the Wing Commander IV guide was self-published... prompting BOTH Prima and Brady to put out unofficial versions on the assumption that Wing Commander IV would be as big a deal as WC3.
You must log in or register to reply here.
Share:
Twitter Reddit Pinterest Tumblr WhatsApp Email Link
Top