Virgin Galactic and Richard Branson today achieved their long anticipated goal of launching a full crew aboard their rocket-propelled space plane. Way back in 2006, we reported that commercial launches were expected to be about two years away - and it's been more than 15! But as we've seen time and time again over the past decade, space is hard, but it's still possible to transform iconic ideas from science fiction into reality. 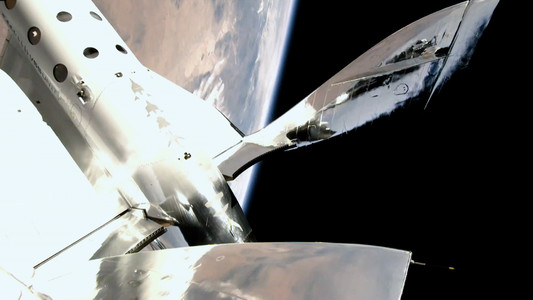 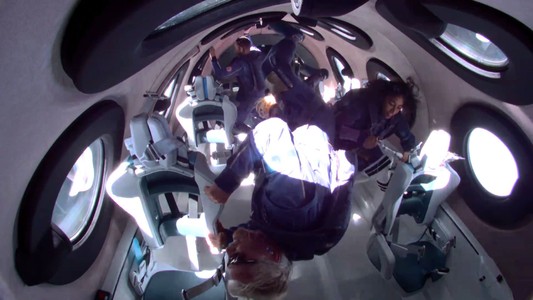 Much of the internet is quick to point out that today's flight is not without caveats: the ship barely crosses the 50 mile line for a few minutes, and it's slightly suspect that the flight was timed to occur just ahead of Jeff Bezos' launch next week. You could call it a fancy jet rather than a space ship. But I prefer to focus on the technological achievement. We see spacecraft launch from planets in Wing Commander like it's nothing, but that doesn't happen without baby steps like this. And it's not enough that Lockheed, Boeing or SpaceX have done much more for much longer. Imagine how much we could achieve if there were another dozen companies attacking these challenges from different angles. It takes thousands of very smart people working long hours to make something like this happen. This is a huge success for them, and for all of us who are one step further into the future.

Origin founder Richard Garriott had this to say. He's been following their efforts since the beginning, including getting the winning bid to fly a statue up in their 2004 prototype flight.

As President of @ExplorersClub I would like to congratulate @richardbranson &amp; @virgingalactic for their historic flight today. The era of suborbital space exploration is finally open! As well as our friends @xprize &amp; @ScaledC who built the foundations of this amazing day!&mdash; Richard Garriott (@RichardGarriott) July 11, 2021[/quote]
​
And here's an amazing observation from Richard Hercher!