Bladerunner game came out in 97 and it was made by westwood studios and it is one of my favorite games of all time. The source code was lost a long time ago but a dev team has reversed engineered it and are making a remastered version. GOG has just released the original game on their platform. It has sold really well so I think that is why this remaster is happening, here is the article 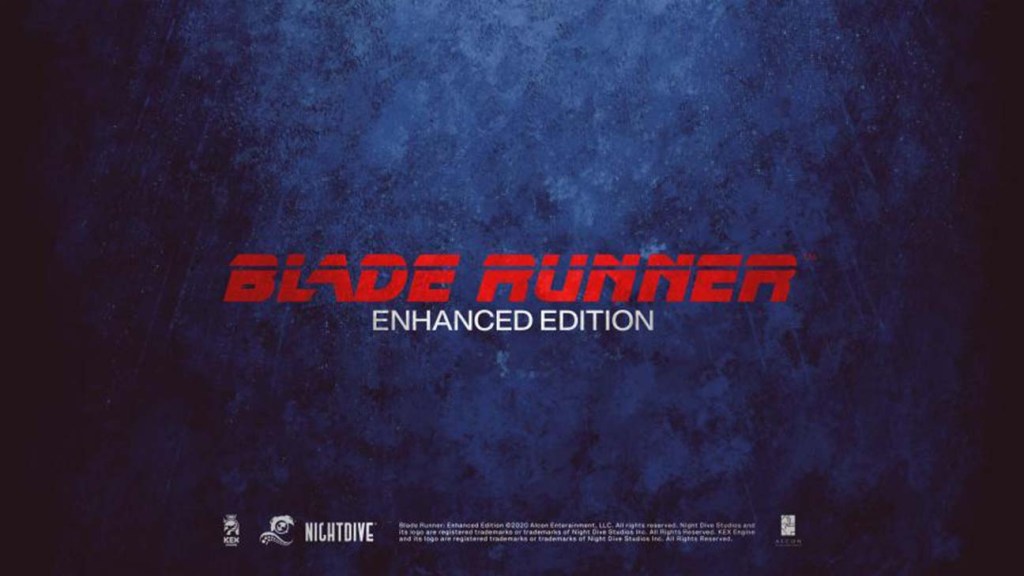 After it is released would anyone be interested in doing a play along of the game.
V

Steam-exclusive? What the hell? I hope they got that wrong...

I think they mean the news is exclusive to them.
I adore that game; still amazing to me no one kept the source code in that era.

it is one of my favorite adventure games of all time, it is a great westwood game

" [...] the greatest challenge at the time was tracking down anyone from the Blade Runner Partnership, which was the group of people initially responsible for producing the film. Over the first few years, I had no luck until finally, a real estate listing appeared for Bud Yorkin’s home. Bud was the head of the Partnership so I decided to give the real estate agent a call, explain what I was trying to accomplish, and see if they were willing to make an introduction. To my immense joy, they made the intro and later that week I had a call with Bud’s wife, Cynthia, to discuss the game. Unfortunately, all of this took place a few weeks before Blade Runner 2049 was announced and this essentially reset the work we had done, as the rights to the franchise were sold to Alcon Entertainment. Finally, a few years after the movie was released we secured a deal that would see the Blade Runner adventure game see the light of day. It took seven years to make this happen and it was worth every second."
Click to expand...

Nightdive Studios provided a cinematic update
To me, the After (4K and 60 FPS) looks much better than the Before (VGA and 15 FPS) but it's not as dramatic as the WCIV upgrades I've seen on this forum 🙀

I'm also a massive fan of this game - I sank so many hours into it when I was a teenager!

Just to see what would happen, I ran part of the Blade Runner intro FMV through my Wing Commander III AI Remaster workflow (modified to increase frame rate to 60fps), to see how it compared to the work Nightdive Studios are doing.

I feel they've been a bit overzealous with the image smoothing, but I can see why they did it. That level of over-smoothing isn't present in my workflow, but it does mean that more of the pixellated edges and other compression come through in my remaster. I just pushed this through quickly to see what would happen, though - it's by no means meant to be competition for the fantastic work they're doing :^)

Well done ODVS! I kind of like some pixellation.

I'm amazed at how good the remastering technologies are and how remastering can be done by skilled individuals (not just universities with rooms of supercomputers). Here's 1937's Hindenburg disaster at 1080p with added color by Neural Networks and Deep Learning

Experience the terrible Hindenburg disaster in this upscaled and colorized version. The original film footage has been upscaled using video enhance Gigapixel AI, and colorized using DeOldify.
Click to expand...

I will say this it's not like most Adventure games there's no real inventory or putting different objects together. it's more about detective work, clues and using intuition. it's like a real game version of a Telltale Game because there's a lot more gameplay than a Telltale Game if that makes sense. Also the game randomizes who is a replicant and who is human every time you start a new game so there's something like 17 or 18 different endings so that makes it a lot more interesting.

The game is short though I mean after you know what you're doing you can get through it in probably 4 to 6 hours, for your first playthrough maybe 8 to 12 hrs.

It looks like it's going to be delayed. From an interview in Eurogamer, Replicating Blade Runner: why the adventure game classic is so tough to remaster

"There have been some obstacles we've had to overcome in terms of the old technology the game uses," Kick said. "And our hunt for the original source code and assets have come up empty."
Click to expand...

ODVS said:
From the article:

I feel vindicated in my choices for the Wing Commander HD FMV packs 😝
Click to expand...

more so than a re master, I just want all the cut content put back in. A lot has been put back but not everything

ODVS said:
From the article:

I feel vindicated in my choices for the Wing Commander HD FMV packs 😝
Click to expand...

They are focused on retro games. I wouldn’t be even slightly surprised if your packs led to their decision.

Pedro said:
They are focused on retro games. I wouldn’t be even slightly surprised if your packs led to their decision.
Click to expand...

Apparently, there was a reason why that project went dark so long. It does not seem to offer anything beyond the GoG release we had in the past, bar controller support and thus console releases.

I… will now buy the non enhanced GoG version. This looks terrible

Not meaning to blow my own trumpet too hard, but I do think I could have done a better job of remastering the FMV. I'd have to buy the game to double check, but I actually think I already did - and it was nearly two years ago 😲

I said to Pedro just recently, I'm kind of tempted to buy it anyway to see how they implemented the FMV and if it would be possible to replace it - because I'm pretty sure I could improve on my previous efforts at this point
You must log in or register to reply here.
Share:
Twitter Reddit Pinterest Tumblr WhatsApp Email Share Link
Top