Just learning 3D modelling. Thought it would be fun creating a Wing Commander ship. I'm a fan of the 3D artist here at WCNews.

I used to be a fan of the scimitar. Not because it handled well, but because the take of and landing sequence reminded me of the Viper.

The engine configuration is inspired by both the Dassault Rafale and the Viper of Battle Star Galactica.

The shape of the fuselage is partly inspired by the SR71.

The wings are more or less parallel to function like a triplane.

The vertical stabilizers are positioned at an angle to reduce the radar cross section.

Instead of mass drivers it features two M61 Vulcan mounted under the plane. 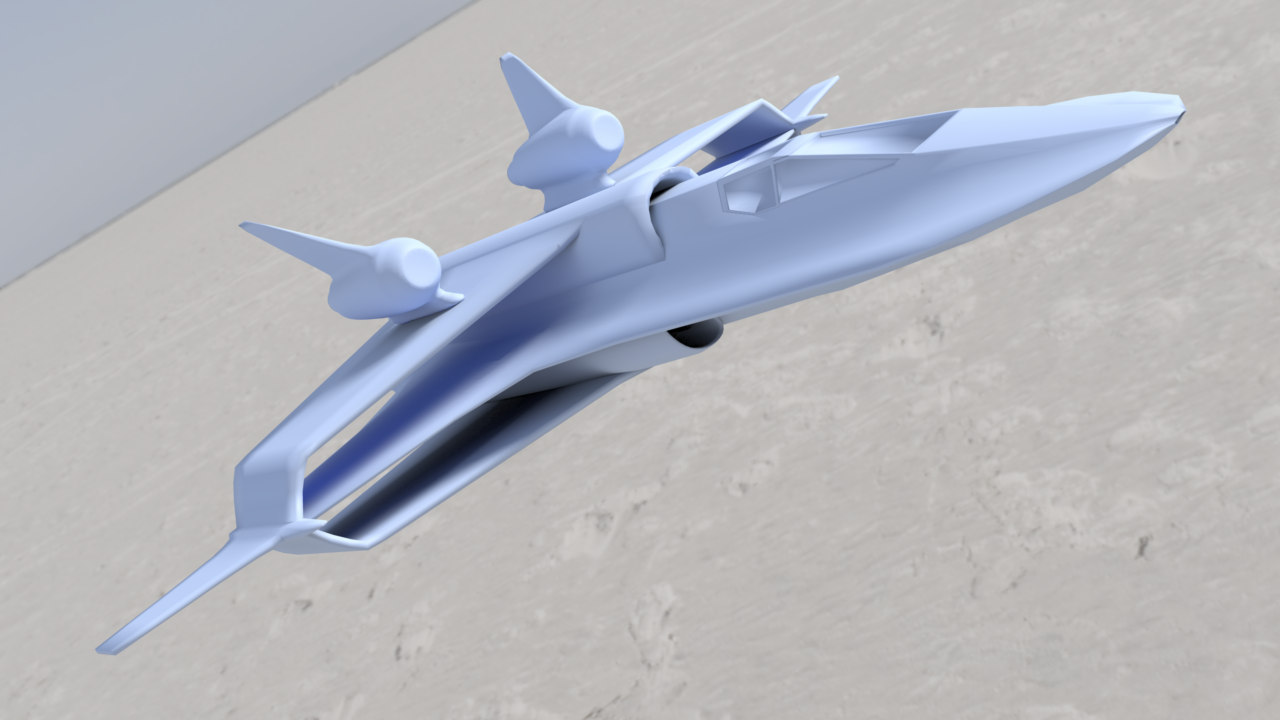 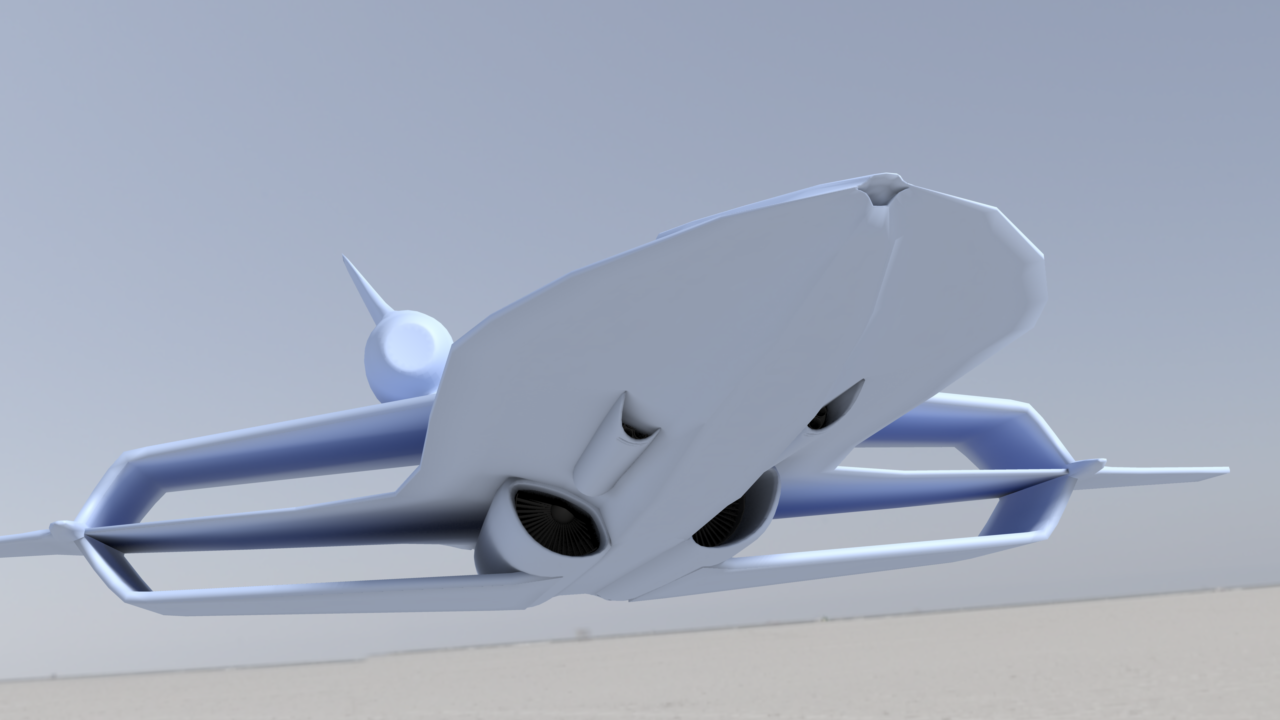 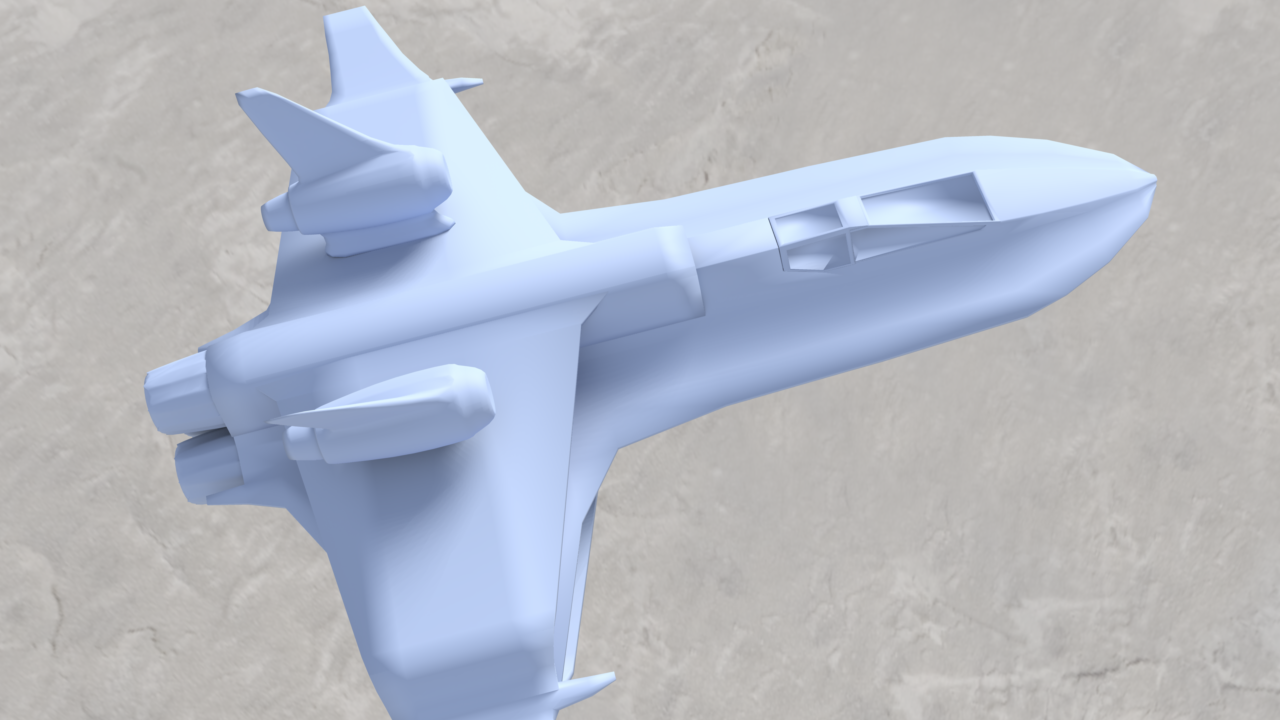 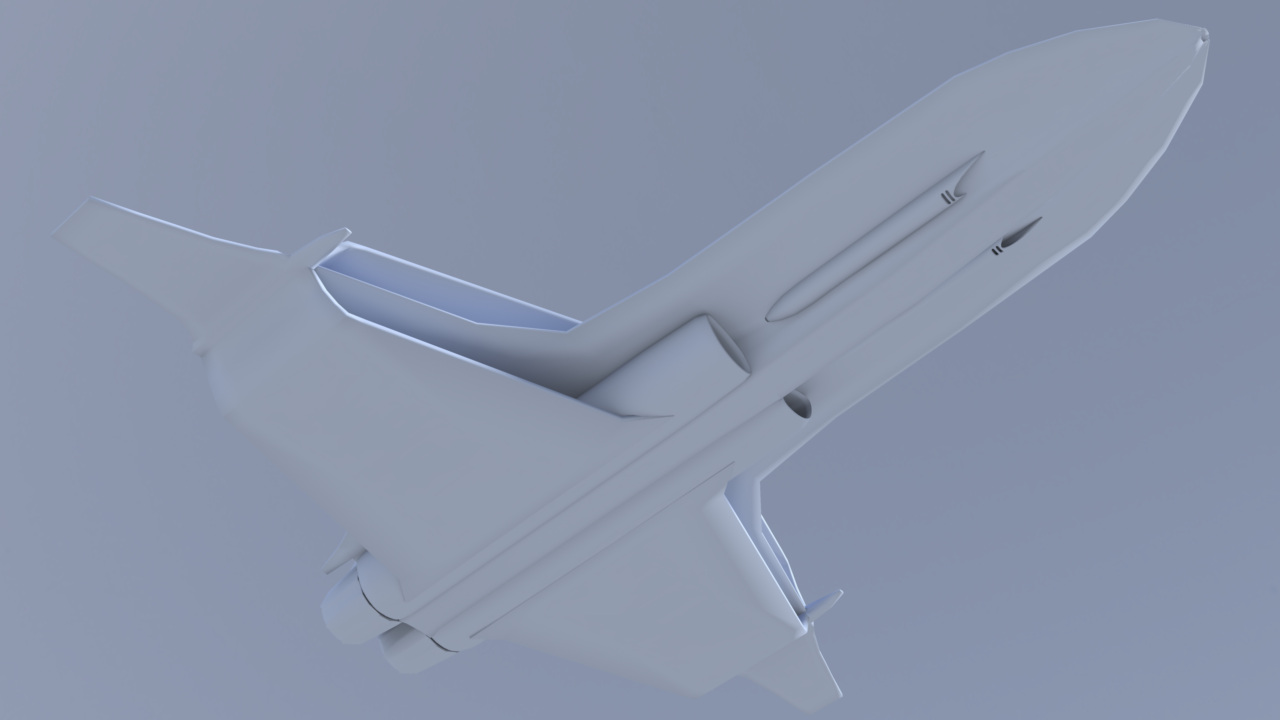 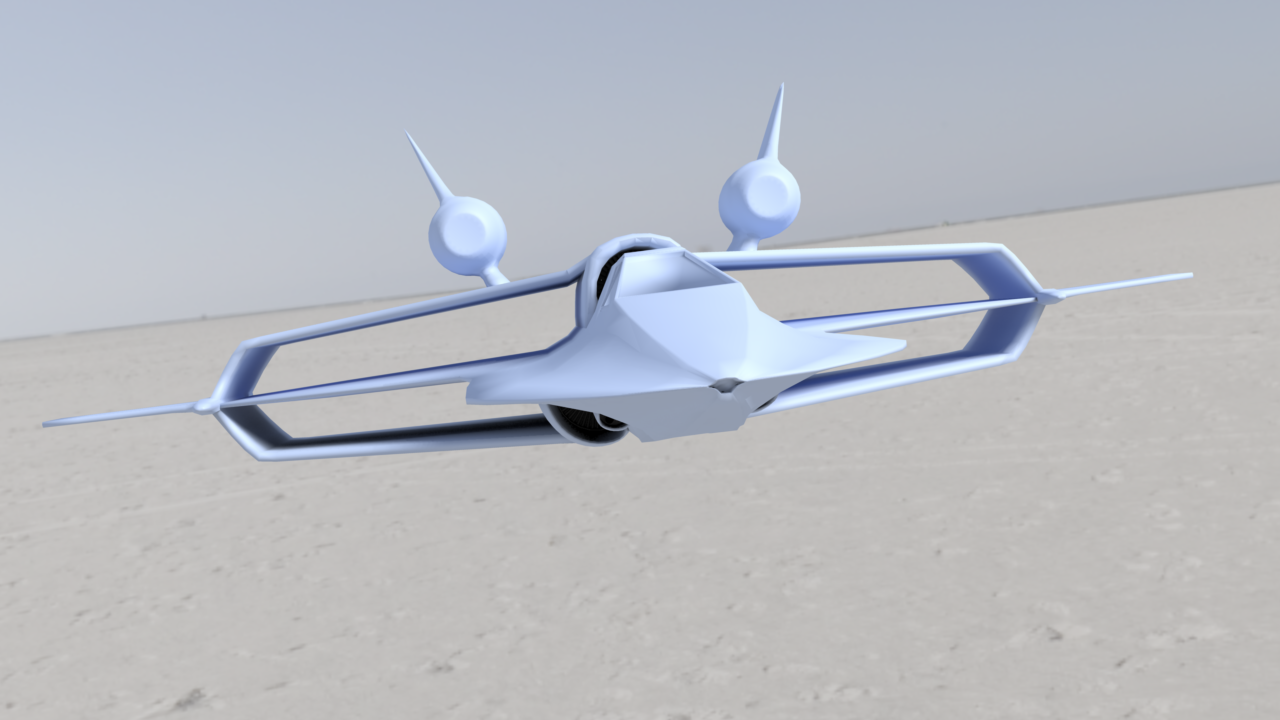 Nice, but I think that Wing Commander's equivalent of the Vulcan guns is the Stormfire Mk. 1 that we saw in WCIV--Pliers refers to it as "old tech, and if the range wasn't so short it would still be in use", so having them on a Scimitar-era craft would be appropriate.

Neat... I like the idea of the intakes on the underbelly.

Pretty! Maybe you should have the guns protrude a bit, though. It has sort of a defanged look to it right now, which definitely isn't the case.
W

Thanks for the comments. Personally I'm not too happy about the placement of the machine guns. I've been looking at some blueprints and concluded there is not enough room for two amunition drums. 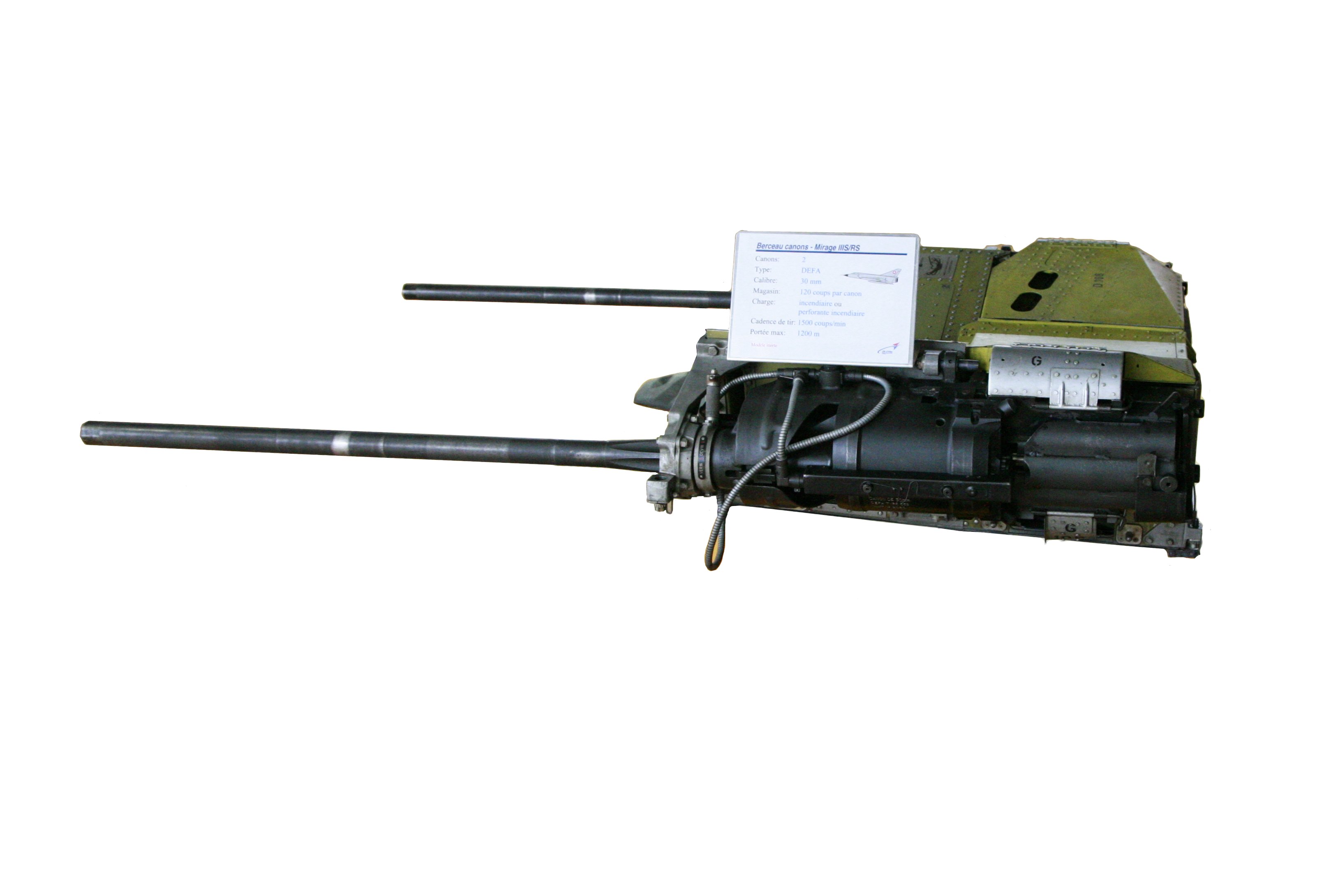 The guns do protrude a bit with this design. What do you guys think?

Dyret, I doubt it will still look defanged when the missiles are attached to it

Personally, I think it would look better without the fins on the ends of the acceleration absorber nacelles, and that the fuselage should taper towards the nose. Currently it looks too much like the bill of a duck! Overall though, I like the softening of the lines while still keeping mostly to the original design.
W

It's been a while. I wasn't too happy about the design. It wasn't really how I envisioned it in my mind. So I remade almost everything from scratch! I wanted it to be much more like a modern fighter jet. Since it has three engines I envision it as an interceptor. It should be able to launch from anywhere and intercept enemy attack craft and bombers before they can fire their cap missiles or orbital bombs. So it will probably have a very long radar range and carry mostly BVR (beyond visual range) (long range) missiles. It is designed to be fuel efficient. It has a joined wing configuration, which reduces induced drag. The forward swept rear wings and the delta shaped front wings give it the benefit of the high angle of attack of the forward swept wing and stability of the delta wing. The carnards make it an agile atmospheric fighter. Since it doesn't have vertical stabilizers (Six-Gun Slim didn't like them), it should have trust vectoring to compensate for that. So I gave it the exhausts of the Eurofighter (which will feature thrust vectoring). I gave it external fuel tanks for added range and to have enough fuel to reach orbit and reach the Tiger's Claw after take off from the ground.
Since it has been a popular frame for more than 100 years, it should have some reason's for that. One is probably ease of maintenance, since all kinds of small factions keep using it, other may be survivability. With all the lift surfaces it might still bring the pilot home, even when half the wings shot of and two engines destroyed. I'm imagining that the cockpit has a bathtub-shaped armored enclosure of welded titanium sheets, like the A-10 and the Su-25. Another reason may be flexibility, so I designed it as a highly modular craft. I'm planning to create a few different configurations for this craft. I still need to model a few details on the scimitar and still need to texture it. But I'm too excited to not post some of my renders. 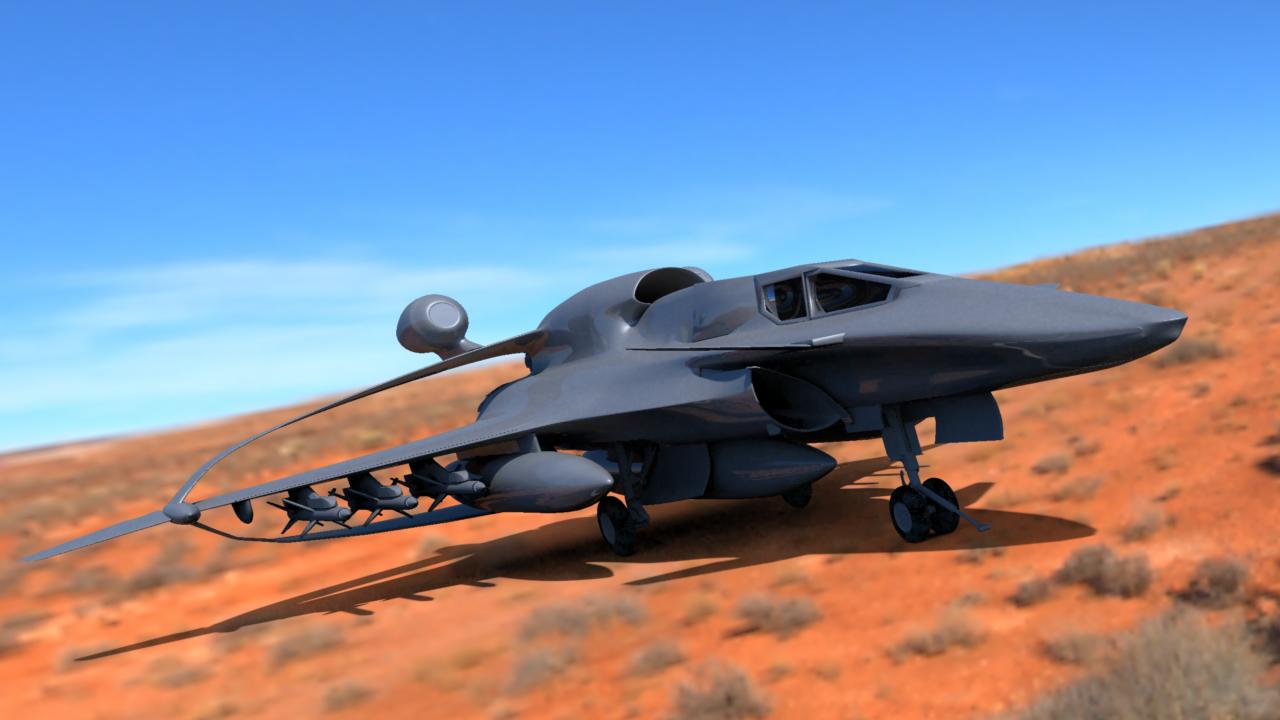 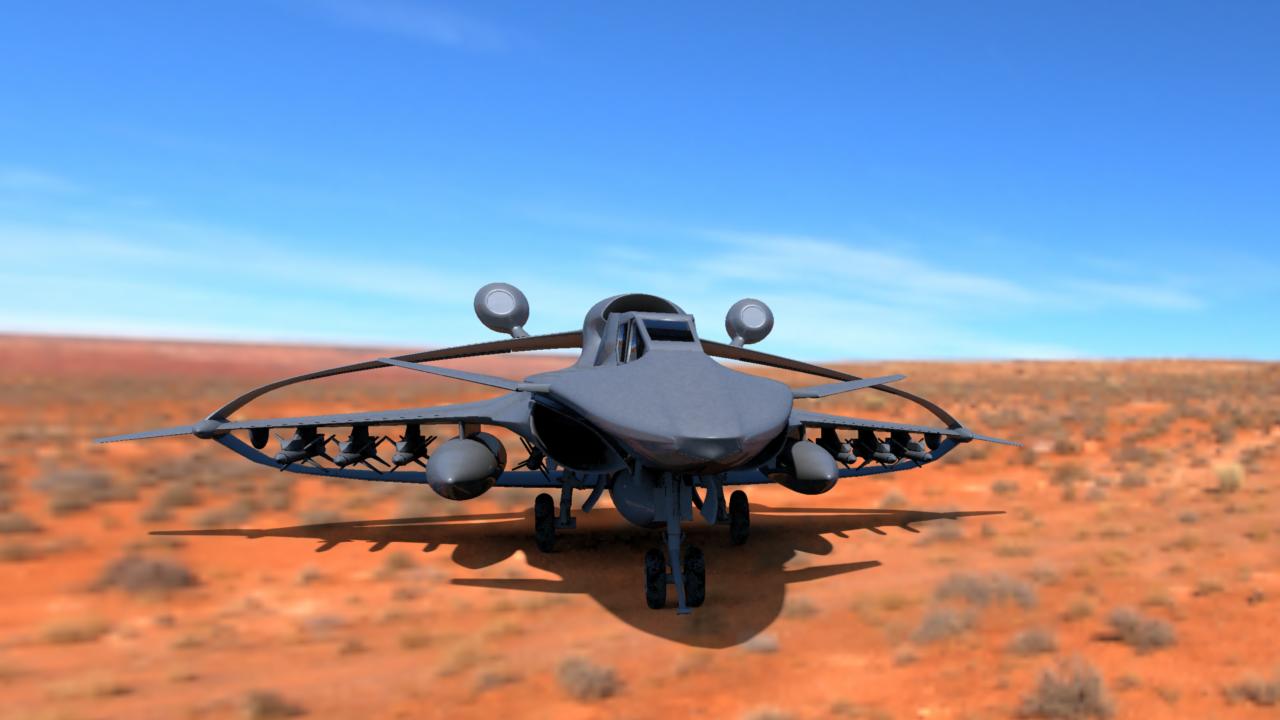 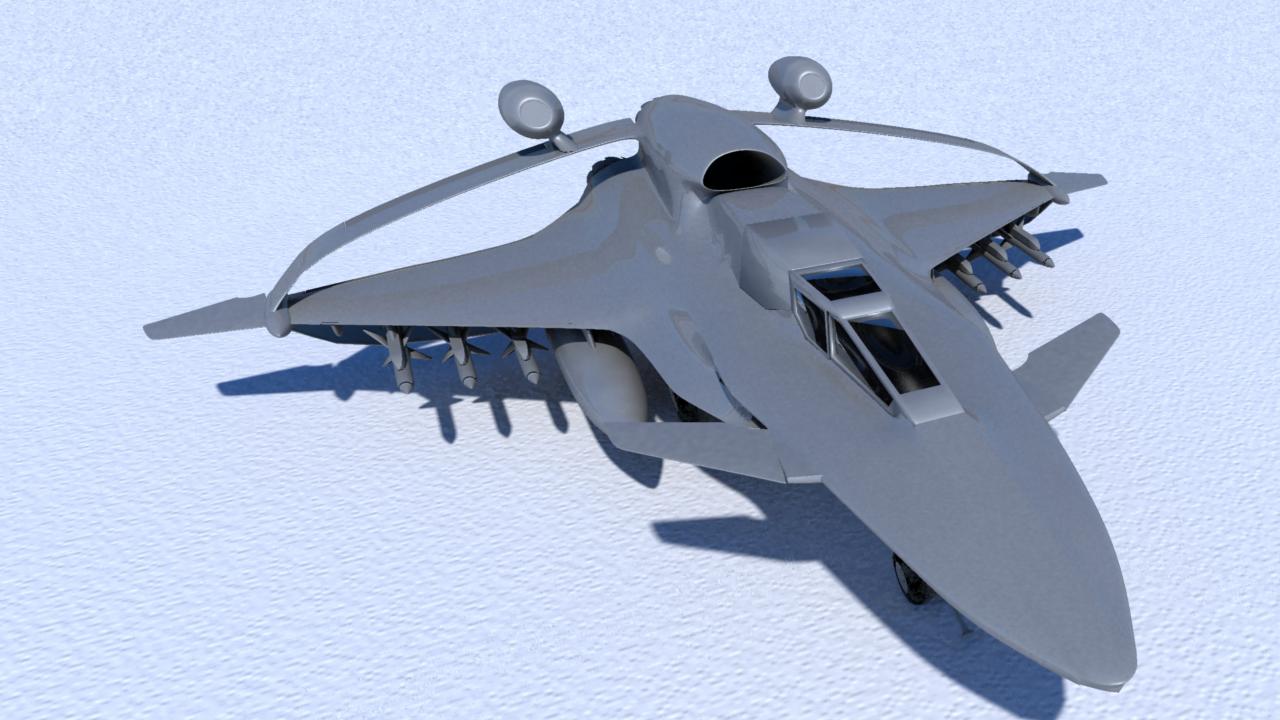 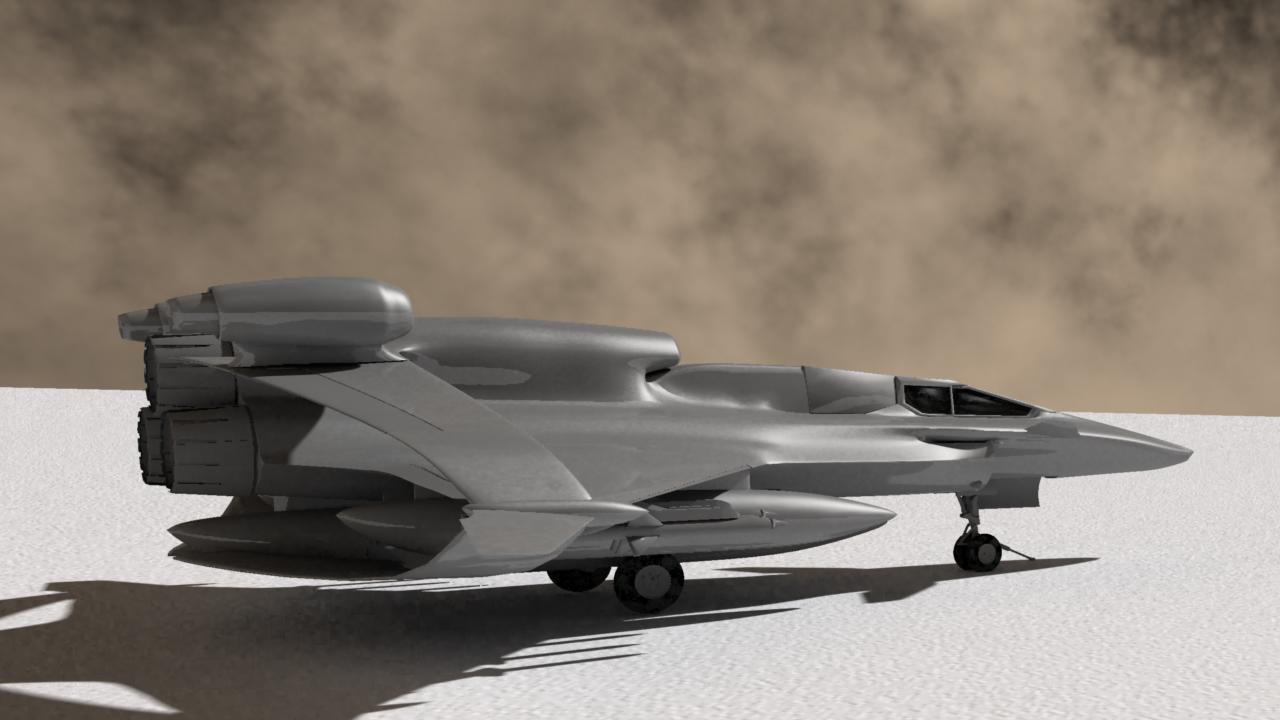 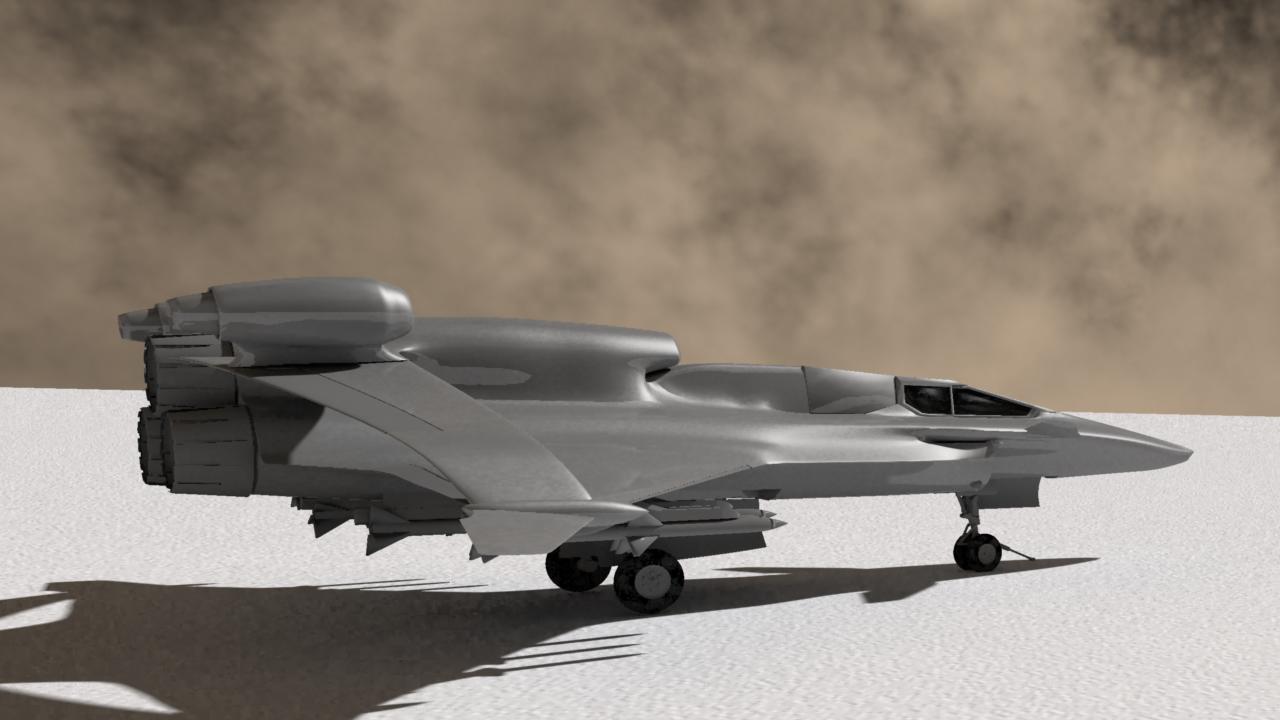 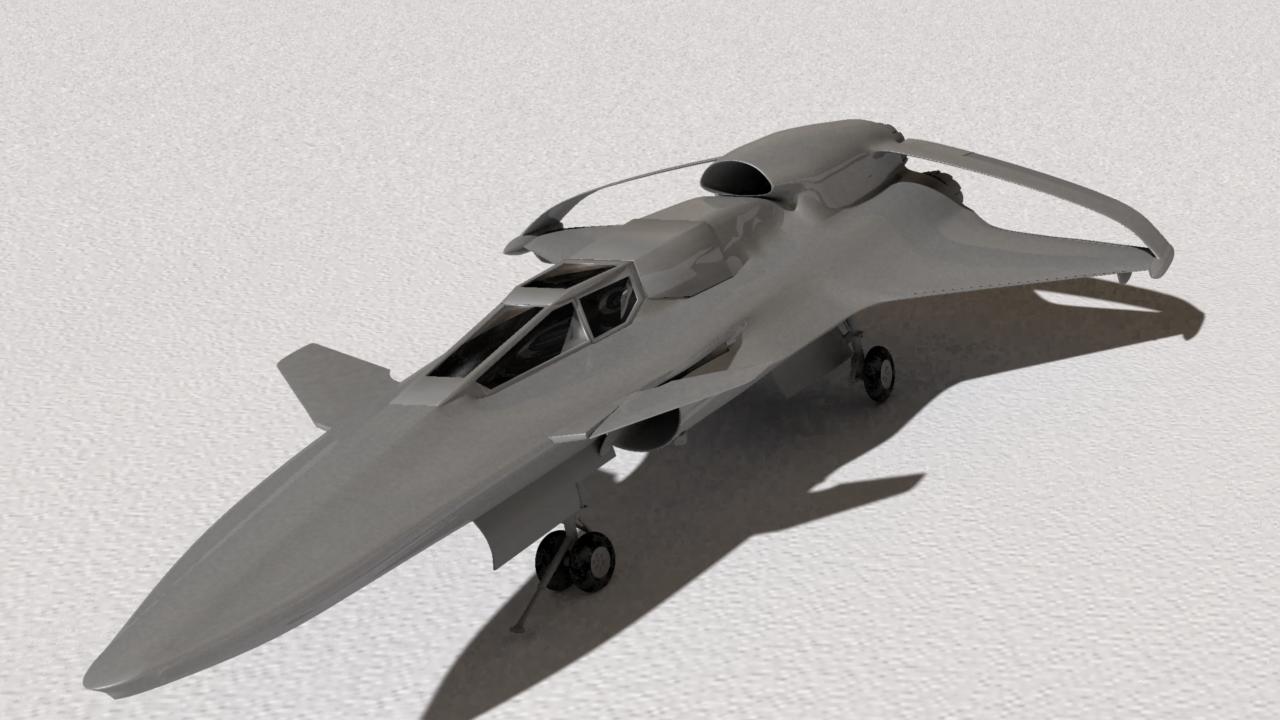 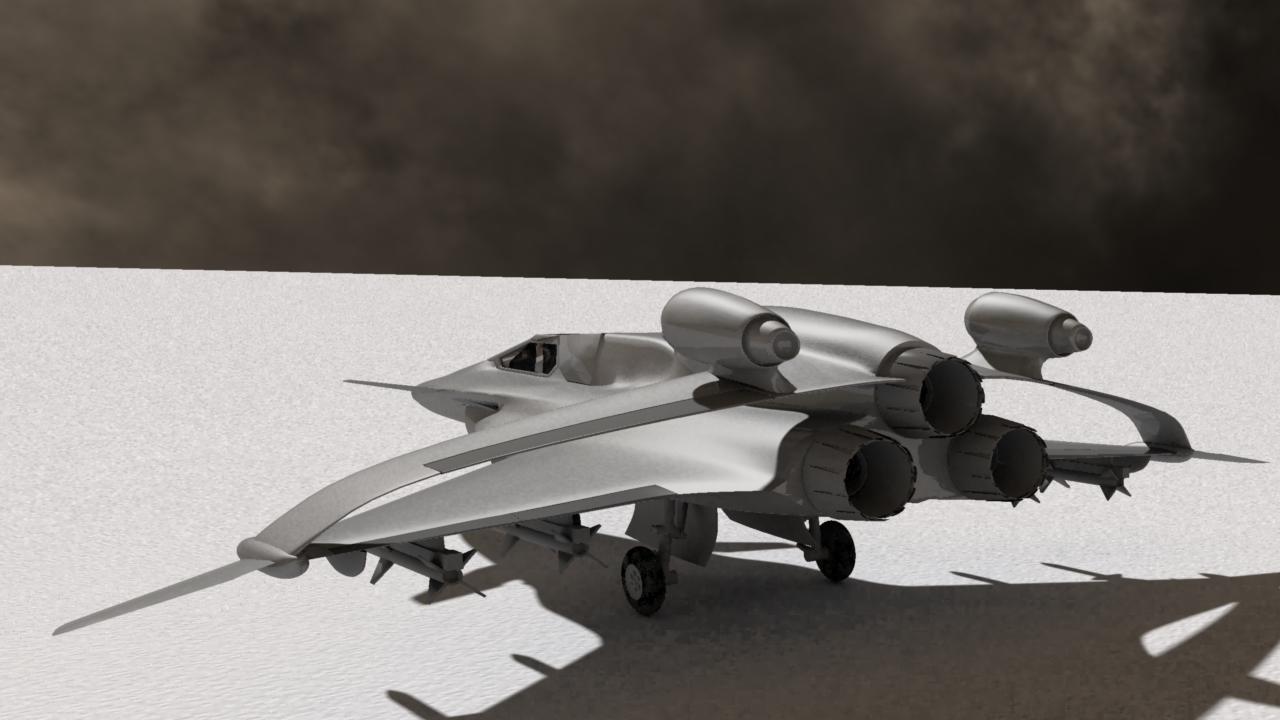 Yowza, I like the new look! The profile of the nose and the intakes remind me of the Rafale, it looks great.

centauri mud-pig my foot.. that thing would be flying death

NinjaLA said:
centauri mud-pig my foot.. that thing would be flying death

The question is, death for whom? The target, or the pilot?

Ijuin said:
The question is, death for whom? The target, or the pilot?

Maybe for both, depending on the Scimitar's and the target's pilot.

Very impressive! But I don't see anything that would fill the function of a rudder. I know that not all aircraft have a proper tail rudder, but generally, they have something else that can serve the same function. Do you have anything like that here, or is the assumption that it's all thrust-vectoring and fancy stuff?
You must log in or register to reply here.
Share:
Twitter Reddit Pinterest Tumblr WhatsApp Email Share Link
Top