Anyone else keeping an eye on current NASA projects? Particularly the recent probes that landed on Mars...Spirit and Opportunity.

These probes are sending back considerable data regarding the question of water presence and possible life. But at the same time...there is also alot of "guessing" going on in what is seen in many of these recent images sent back by the probes.

Some see a "martian bunny", some see a "DVD disc", and others see things like metal objects or steps on rock formations, even seeing fossils embedded within many of the surrounding rocks near the lander pad.

Here are some links for the curious.

The Martian Revelation Gary aka "Mars Revealer" hosts a weekly radio program via Live365 discussing Mars and other space related topics including interviews with many well established investigators.

JPL/NASA rover website All of the latest images and analysis can be found here from both probes.

A skeptics analysis This site focuses on the more traditional analysis of the data, as well as points out a few flaws in analysis done by other investigators. You decide who's on track..or off their rocker!

I brought this up because I have not seen too much discussion about real world space projects at this forum. Quite a surprise given the number of patrons into space flight sims such as WC or FS. Tho these sims are in fact considered "sci-fi" in nature...they have, from what I gather reading in other space related forums, introduced folks who had no interest in real world space projects..become highly interested and even begin to do their own analysis of the data.

It might not be furballs and melees in space..but its eyecandy for the curious!
V

But as we found in #WingNut during the MER landings, there are lots of Wing Commander fans interested in NASAs efforts.
R

But as we found in #WingNut during the MER landings, there are lots of Wing Commander fans interested in NASAs efforts.
Click to expand...

Excellent! I will have to pay a vist to #wingnut very soon. Would love to partake in the discussions when they come around.

Very true Loaf! Real scientific analysis vs AB and conspiracy are so far apart its amazing that program (now hosted by George Noorey) is still a top rated program.

In one forum, someone made a comment on an object found in one of the images. It does indeed look like a CD or DVD disc halfway buried in the surface. I posted the reply "Perhaps that is the DVD that contains all of the names people submitted for NASA's "Send your name to Mars" campaign", and the DVD fell out of the cup holder when the lander bounced around".

Here is the image with the "DVD" 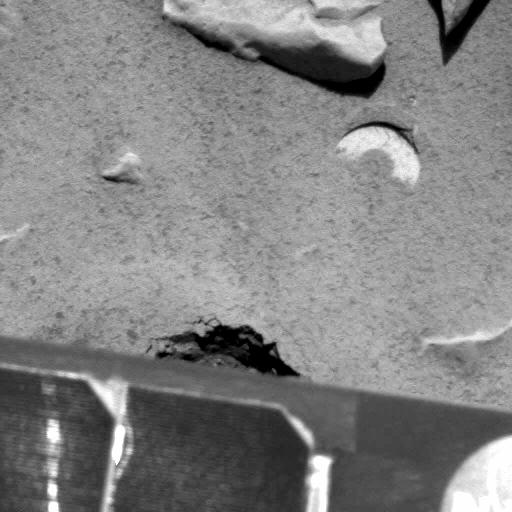 Here is a color rendition (not true color, close aproximation)

I used to drive trucks all night long, and the Coast to Coast show provided many hours of quality entertainment, but it is amazing how many listeners regard it as a news source.
T

The Cassini/Huygens probe is going end up being one of the biggest deals since Pathfinder. It arrives at Saturn in June, and Huygens fires off for Titan in November to attempt to confirm the presence of organic material on Titan.

Water on Mars? Pfft. The same primordial soup we came from on Titan? Coolness.

Hmm, unless something's changed I think you're a month off on both events. Cassini is supposed to reach Saturn in early July and the Huygens probe is supposed to detach in late December.

(Long time veterans may remember a particularly horrifyingly stupid Origin CZ argument about Cassini in late-1996... when the hippie cause celebre of the interweb was to complain that Cassini was going to destroy the world with its plutonium when it was launched.)

Wow, I remember that
T

Bandit LOAF said:
Hmm, unless something's changed I think you're a month off on both events. Cassini is supposed to reach Saturn in early July and the Huygens probe is supposed to detach in late December.

(Long time veterans may remember a particularly horrifyingly stupid Origin CZ argument about Cassini in late-1996... when the hippie cause celebre of the interweb was to complain that Cassini was going to destroy the world with its plutonium when it was launched.)
Click to expand...

You got me, Cassini makes Saturn orbit July 1st. Huygens detaches on Christmas day. Cassini swings past the moon Phoebe on June 11th, that must have been where I got that one from.

Eh, that "dvd" looks more like an unintentional and unremembered print left by some manmade machine . . . possibly by the probe that took the picture of it.

Yeah, my issue with a lot of these online communities is that they'll take that "DVD" picture, claim it's proof of whatever their crackpot theory is and then rant about how NASA is trying to cover it up.

(I mean, it's a neat looking picture, but in all likelyhood it's just an ordinary rock... and we won't know for sure unless we get more information.)

Eh . . . it looks a little too perfect to be a natural formation. I'd definitely say it's some sort of imprint, but not of anything martian in origin. More like "Oh, did we mention that the probe nearly toppled over and had to stabalize itself? And that the end of the stabalizing arm might possibly resemble a cd or dvd disc?"
R

There is another image of the "DVD", a close up image, and looks a little like one of those "Dropa" stones. 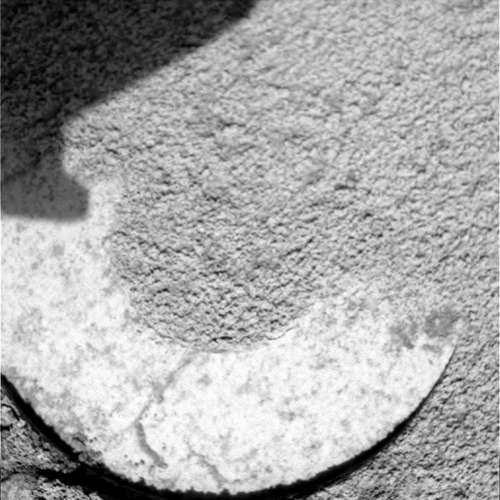 Surprisingly...there really isnt that much debate over this object, some say its an imprint of one of the instruments from the probe. However with the close up image, its definately an object partially buried in the ground.


Ive seen naturally formed circular rocks before, such as the Dropa stone, even rocks out in the middle of nowhere, especially at salt beds and at White Sands in NM. They usually appear fossilized or chrystalized. But this "DVD" rock doesnt have very much smooth texture to it given the intense dust storms that occur up there every year. Some rocks in the various images taken from other probes and orbiting satellites such as MOC and Odyssey have shown these rocks to have a very smooth surface.

The problem with "it looks like something, therefore it is!" type claims is that such will only prove, conclusively, that it's a slice of cantelope!

Actually I thought it was a petrified pancake.

But then agian, just because something "looks" like something..doesnt always make it true.

The problem isnt in what you might think it could be...the problem lies in assuming it is something you "hope" it is. Thus it gets carried far out byond left field.

If you all think this stone/rock/DVD is whacky....at least most agree it is a rock in the space community. There are those that still insist there is a city buried under "poof dirt" at Cydonia and that NASA likes to run over martian bunny rabbits.

(ended up being a piece of airbag torn away when the lander opened its pads, and wind carried it away from the lander, then back again and ended up underneath the lander)
R

I should also point out that NASA recently in a press conference admitted to patches of liquid water on the surface....so the idea that martian cantelope might be growing is a possiblity. Unless of course your looking for green martian eggs n ham, now that might be somewhat of a problem, since no evidence of green chickens or pigs are within the data sets. But there *IS* evidence of green growing stuff on various rocks and ice patches, along with blue growth on rocks near the landers. Mold perhaps? Who knows. But even mold is a significant sign that the planet is not as dead as once thought.

Perhaps with Bush's push for returning to the moon and later manned missions to mars...we will find out the truth. Question is...how will you handle it when and if they do find something. Would you let it get to you because it is in conflict to what you have been told all your life? Or will you accept it and simply move on with life?

RFBurns said:
Would you let it get to you because it is in conflict to what you have been told all your life? Or will you accept it and simply move on with life?
Click to expand...

I don't know, what have I been told all my life?

I think it's fun to imagine that something is alive on Mars, even just bacteria or algae or something.
C

Well, all my life I've been told that if you sneeze in the general direction of any Martians, they eventually die.

Seriously, though, I wouldn't feel threatened or anything if they found something proving a past civilization having existed on Mars. I would find it exciting. More so, extremely fascinating. Plus, it's rather arrogant to assume life can only happen on Earth. The universe has been around for a long time. I try to keep a rather open mind about those kinds of things.

Wouldn't it be interesting if Mars did, indeed, die out from horrible wars (it was named Mars after the Roman god because the red was "the blood of all the dead soldiers")?
You must log in or register to reply here.
Share:
Twitter Reddit Pinterest Tumblr WhatsApp Email Share Link
Top