Following ChrisReid's wish in this news post and since there is no similar topic yet (at least the forum search hasn't found one), i thought it would be good to create one.

This is a great idea.

It would actually be a pretty cool thing to do for every game and be a great resource for WCPedia articles.

Since WCPedia makes huge steps in the P2D area, i thought it might be useful to have screenshots of the different locations in the Tri System.
So here they are all together:

Note: some scenes don't have a still image and go directly into the movie, thus some of the screenshots show an early frame of the FMV instead.
The scene number is the internal used number.

and the last ones

That's fantastic! Thanks for these! We'll be sure to get them into their respective articles when they are created.

The Origin Legacy section (first part) of the CIC's own Wallpaper section offers higher-resolution version of some of those planet-side images, just so you know.
Last edited by a moderator: May 24, 2018
L

yep, i know them and downloaded them already long ago. Btw, thanks wcnews for having these beautiful rarities (and for all the other P2D gems

).
They are really interesting as they also have some slight differences compared to the final ingame version.
e.g. the 800x600 super station interior doesn't has the cabines (translated from german; i don't know the english name; could be booths too) like the ingame version

the position of the whole 3d-model of the Massanas Leviatha planets surface according to the corridor with the cabine is also completely different between the wallpaper version and the ingame version. This one is especially interesting, as you can see where one 3d-model starts and the other ends. It also shows quite clear that all the moons (29 - Terrel / Serca; 33 - Corinthias / Desolia; 34 - Ostinia / Athos; 35 - Massanas / Leviatha; 36 - Petra / Destinas) share the same corridor 3d-model, just from a different perspective and with a different background (though some also share the same background just from a different perspective).

the Ostinia Athos ingame interior is also slightly different to the wallpaper version, which has a different metal-grid roof and a different bent pipe.

Though some of these differences may be a result of the changing animations in the ingame version. e.g. the flickering light in the Ostinia Athos interior has the same size as the different part to the wallpaper version. So maybe under the ingame anim, there is still the same image as the wallpaper.

\EDIT
right now i see that the flickering light in the Ostinia Athos interior is actually misplaced. It should be actually placed far more to the left and top.
Attached is a picture showing the part of the wrong placed anim.
The yellow arrow shows the parts that are the same and which should be seemless connected.

\EDIT
i just found this website which has 3 pictures in 640x480 resolution, that i haven't seen here too (or i missed/forgot them). Especially the one of the Bex landing sequence is interesting

Well spotted, I didn't notice that before. I suspect the differences are due to the animations, with the background being the common 'denominator'.

Ah, what the hell. 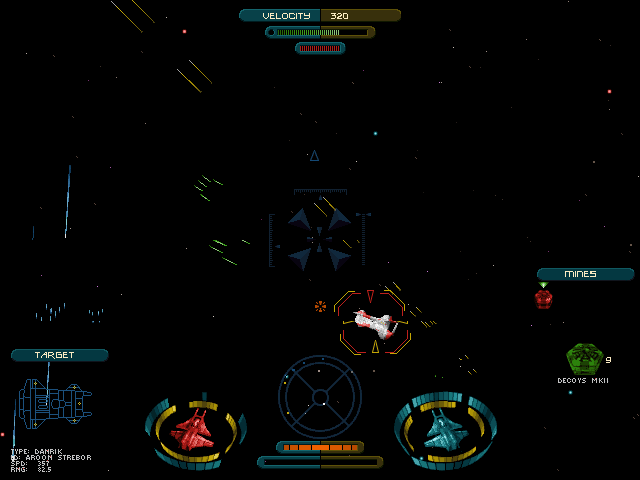 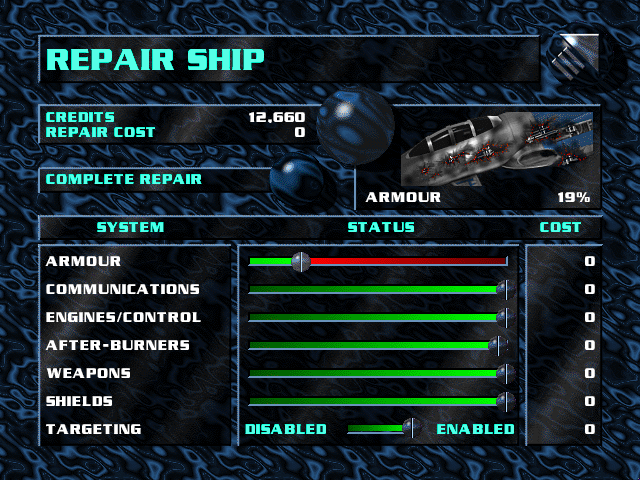 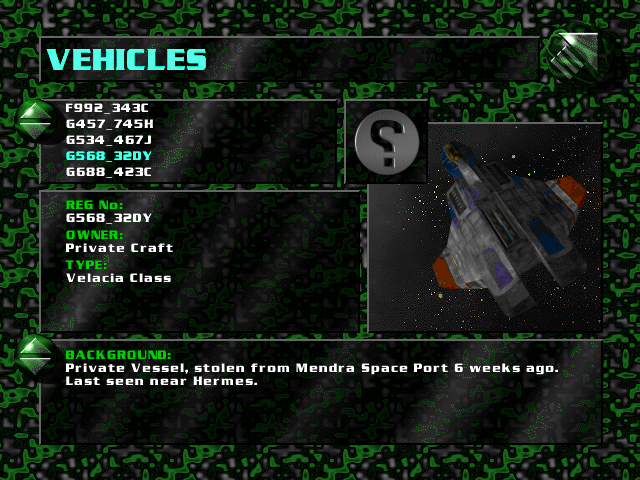 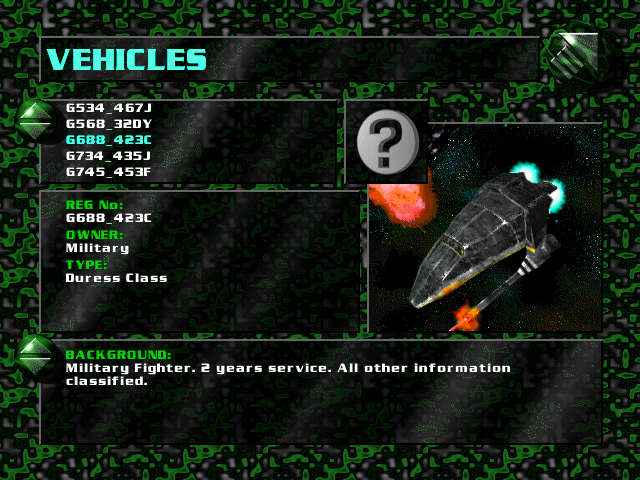 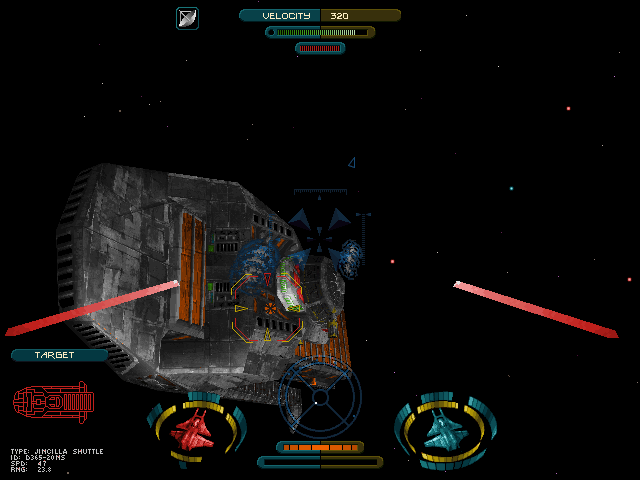 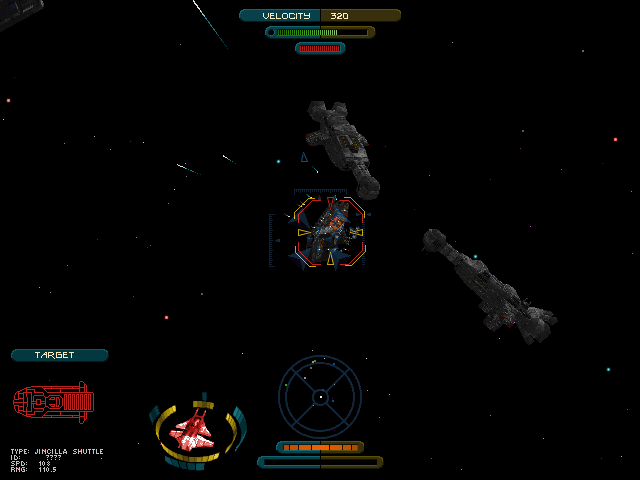 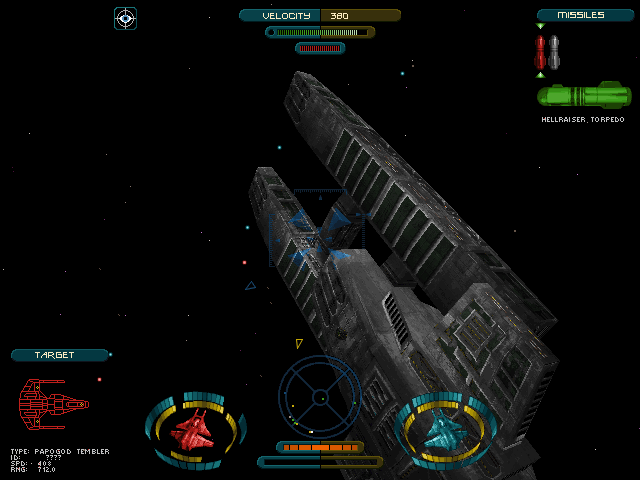 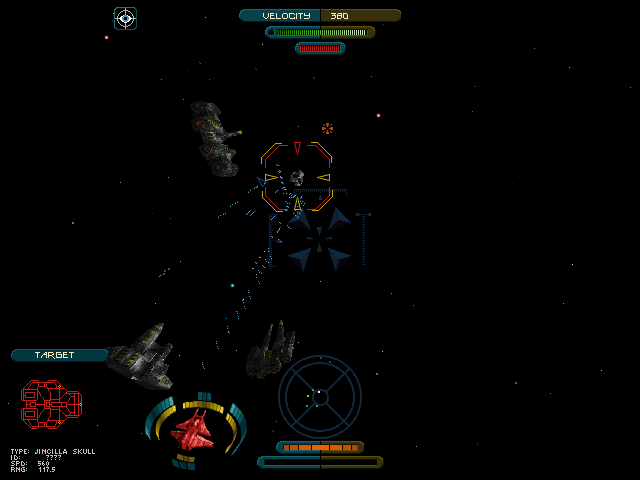 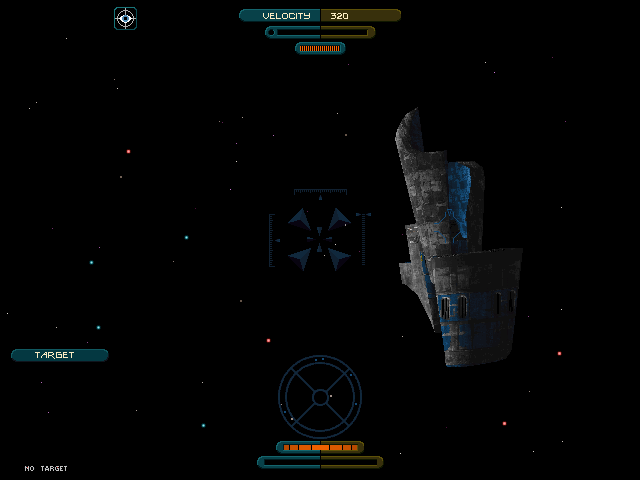 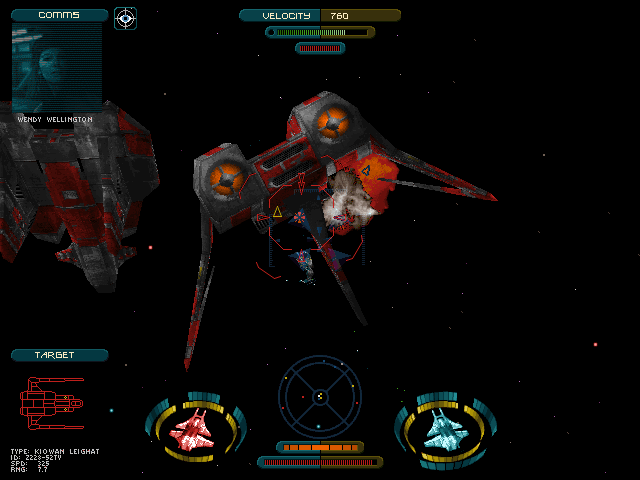 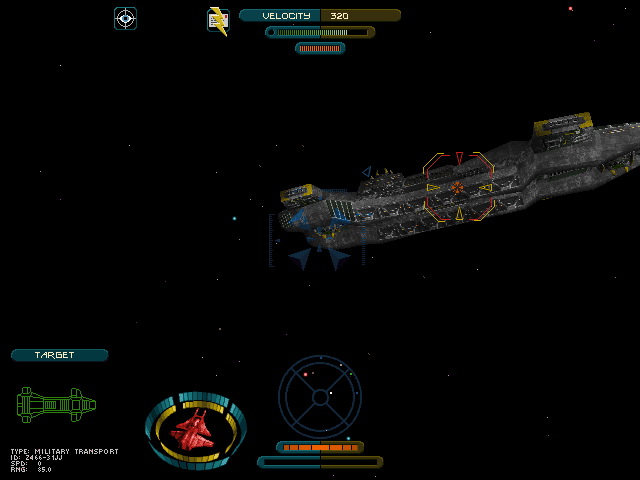 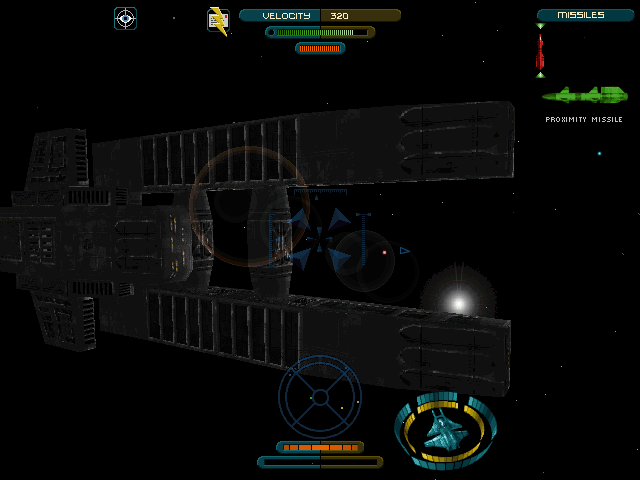 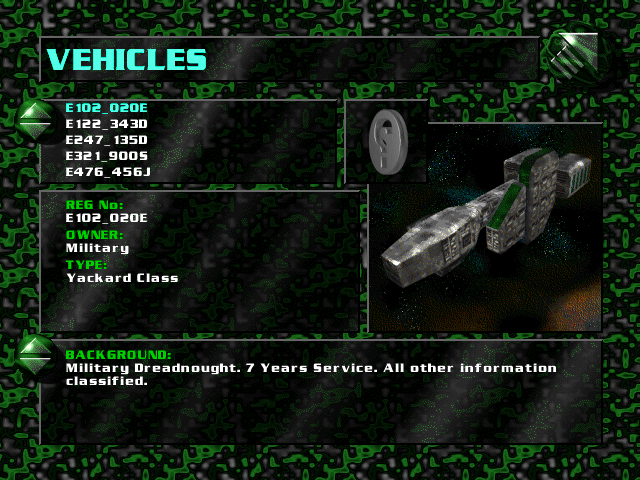 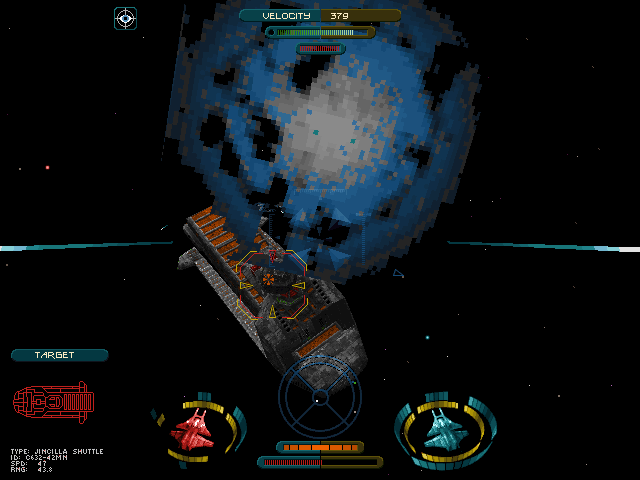 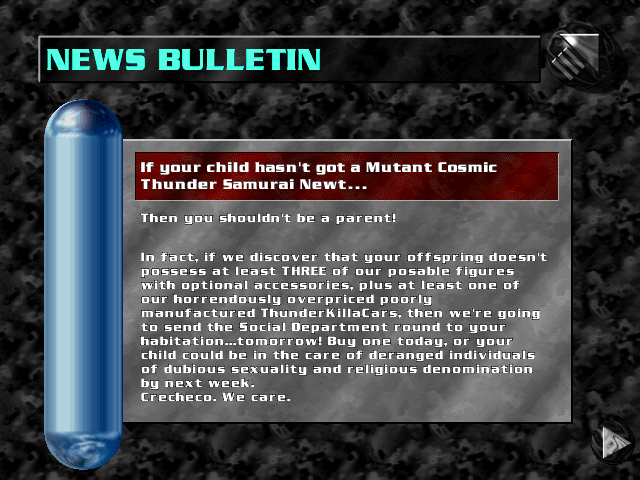 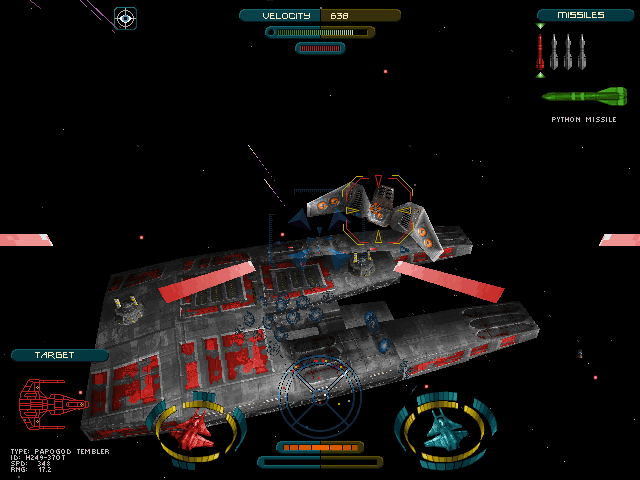 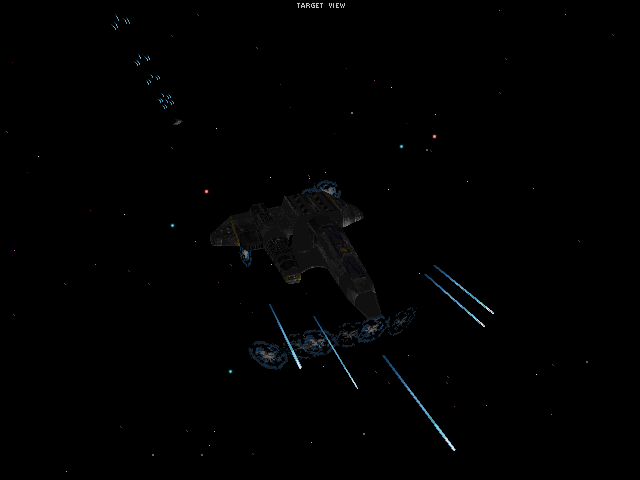 Wanted to bump this and issue a request.

I'm going through and adding the P2 weapons today. Could someone extract the weapon images and either upload them here or to WCPedia?
L

To create animations of the ingame shown weapons could be a quite time consuming job.

I don't need animations. I'd like to have still shots for the infobox images. Spinning images can go in the actual article.

I'm also graphically-challenged so have no clue how to split those spinning images or the like.

I uploaded Lin Kuei's animations along with their static image equivalents. Hope this is what you wanted.

I just emailed myself a big stack of on game shots to edit at work today (side/front/back grabs of all the guns and modules).

I'll be busy until later this afternoon but will then start adding the images to their articles.