Our second full day was filled with excitement and fantastic events. We awoke bright and early and marched tall and proud down the streets of Atlanta holding our mighty banner and wearing our very stylish uniforms. Tom Wilson was kindly signing autographs at a table in one of the dealer rooms and he was gracious enough to sign a pile of Wing Commander items for us, including our banner. He was happily surprised to see all the Wingnuts that attended the convention and we'll be visiting him again during the remaining days. We then went to a panel that John Rhys-Davies was scheduled to attend, but unfortunately he canceled his appearance at the entire convention. Once again we spent the night asking people if they were familiar with Wing Commander and taping their inevitably strange responses. We've discovered that an encouraging number of people recognize our uniforms and are generally quite knowledgeable about the series. The response here will be incredible when they finally make a new Wing Commander game. We're all having a really great time here and some of the reactions we're receiving are a neat indicator of the popularity of Wing Commander today. 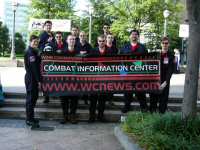 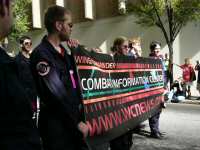 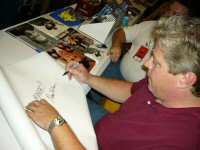 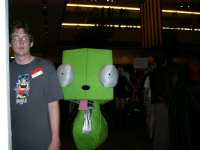 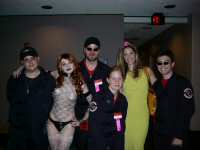 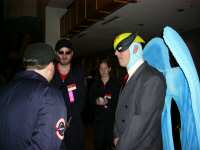