The folks who have seen 'Super Wing Commander' are the most confused, I think. There wasn't a lot of period accurate hardware available to them, so they had to use what they had on hand. Good on 'em for filming actual ships instead of using computer models, but can you imagine? A Lexington-class playing the Tiger's Claw! Banshees for Scimitars, Gladii for Raptors! At least they got some Super Rapiers to play the YF-44As, but Lordy! -If we'd had that kind of hardware in the 2650's, we'd have gone straight to Kilrah with it and won the war outright!

The most impressive thing was that they got some Kilrathi warlord to loan them a converted Shiraak class carrier to act as a 'Fralthi'. It was even more impressive when they blew it up!

Don't even get me started on the one- oh, what was it again? I knew the director, he was a good lad, and his heart was in the right place, but can you imagine? ME?! With a FRENCH accent? 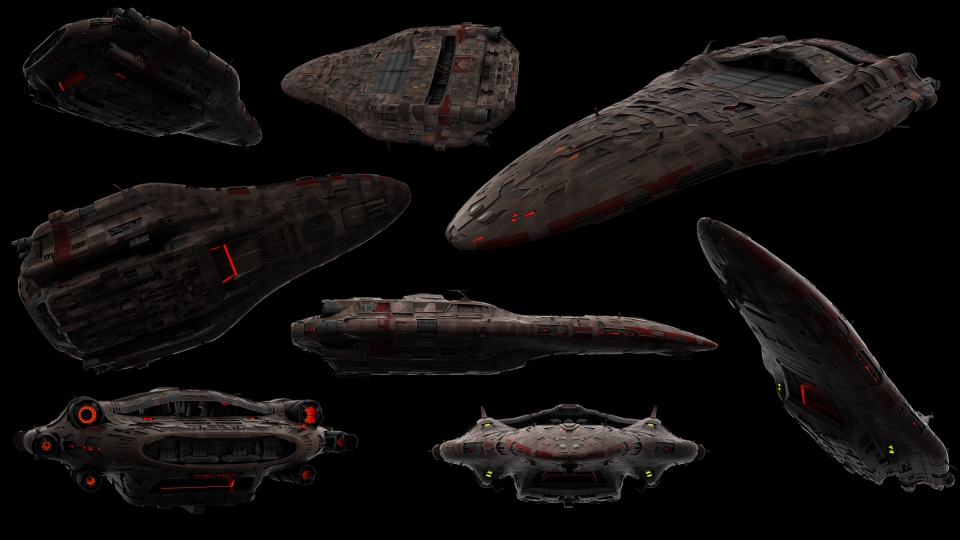 That's an awesome take on the Shiraak. [thumbs up]

I told you I love your cats! Klavs.

I'm just gonna call your designs the new canon designs because these are simply put, Amazing!!

Never expected the Shiraak to pop up, it looks even more imposing now. Well done, man!

Thanks guys! Here's the Hakaga. She's a little light on red coloring, but I wanted to stay somewhat true to the End Run cover. I figure red accents get added with additional kills and victories, and the Hakagas weren't really 'blooded' until Sirius. She's a beast, 'nuff said! 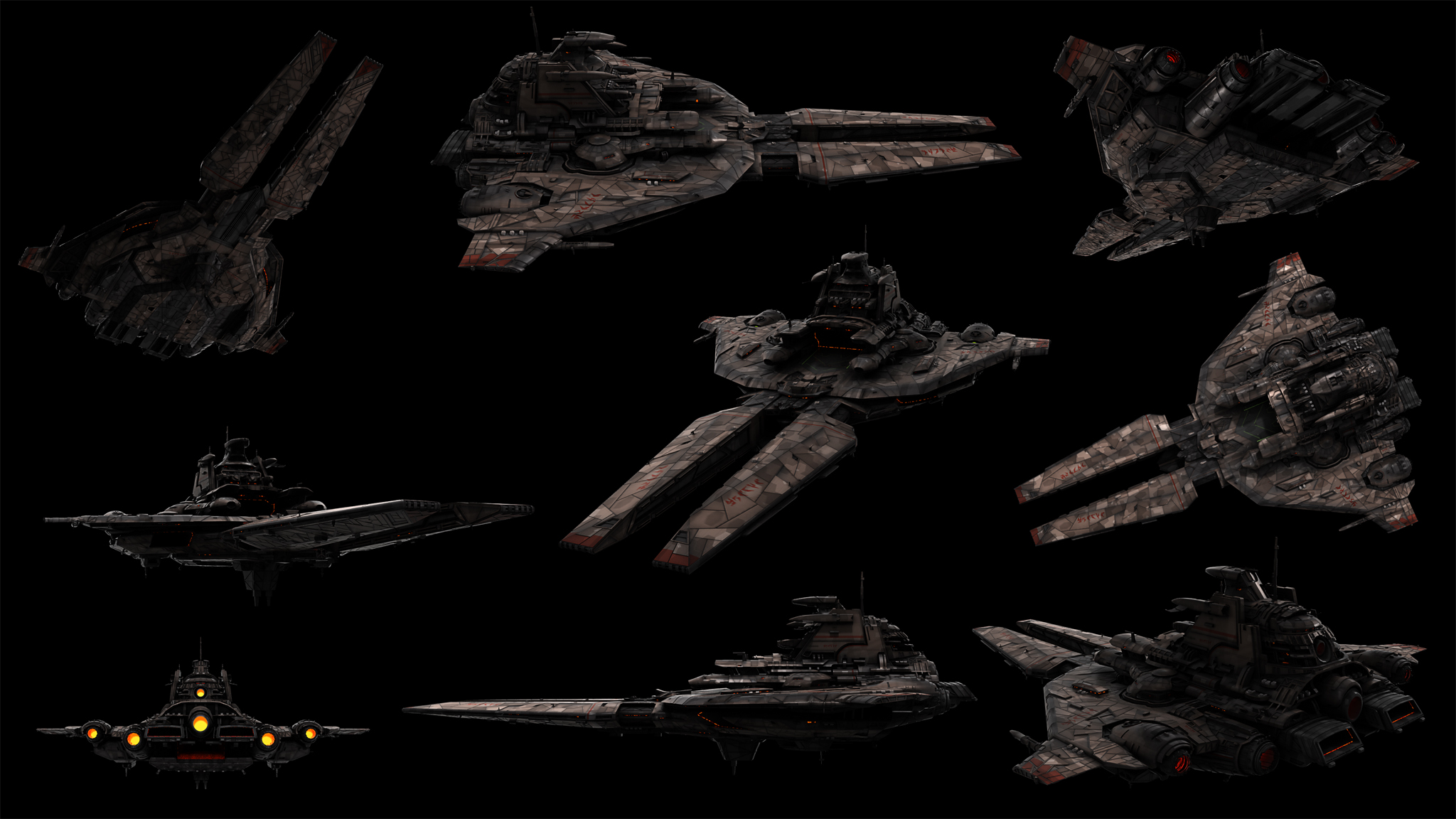 Holy Cow! Very Nice. Klavs you are on fire!

Beautiful!
But the bigger your beasts get, those pictures seem to get too small to do them justice.

damn that is some FINE work

I just love the amount of details that went into the Hakaga. The bigger the ships get, the more difficulte I find it to make details that are belifeable in size but still clearly visible to the viewer from afar.

How big do you suppose the Hakaga is compared to the Hvar'kann from WC3?

so you could almost park a Hakaga in the the launch bay of the Hvar'kann lol
Last edited by a moderator: May 24, 2018

Aeronautico said:
How big do you suppose the Hakaga is compared to the Hvar'kann from WC3?
Click to expand...

And speaking of lengths, and the tweaking thereof, I've scaled down the Southampton somewhat to where it makes sense, for my purposes. Now about 340 m, a little shorter than the Exeter, but beefier. Otherwise the windows scale out to be over 1.5 m tall! Not to say that the cannon sizes don't have merit, it's just that sometimes they don't work for me. 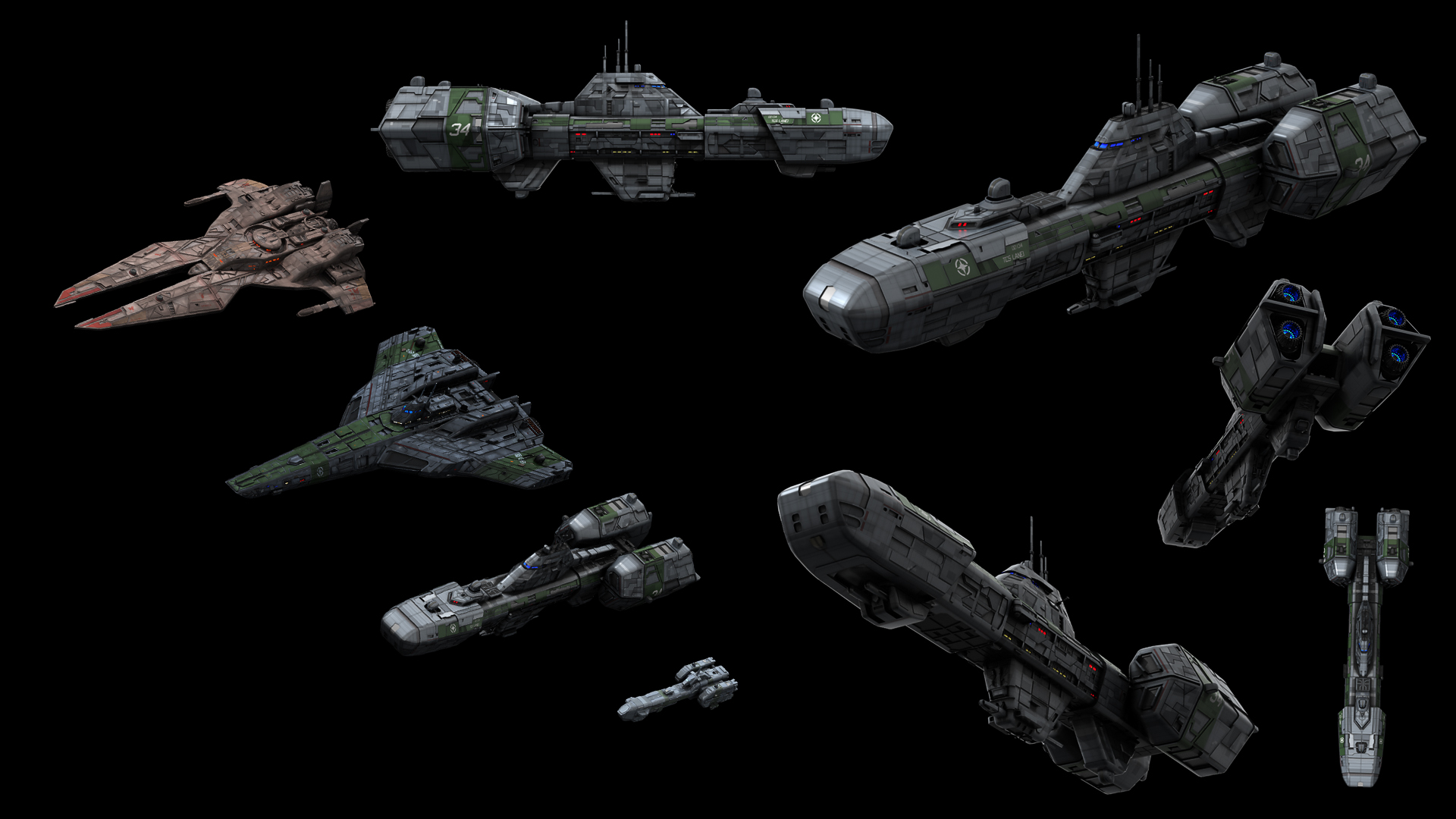