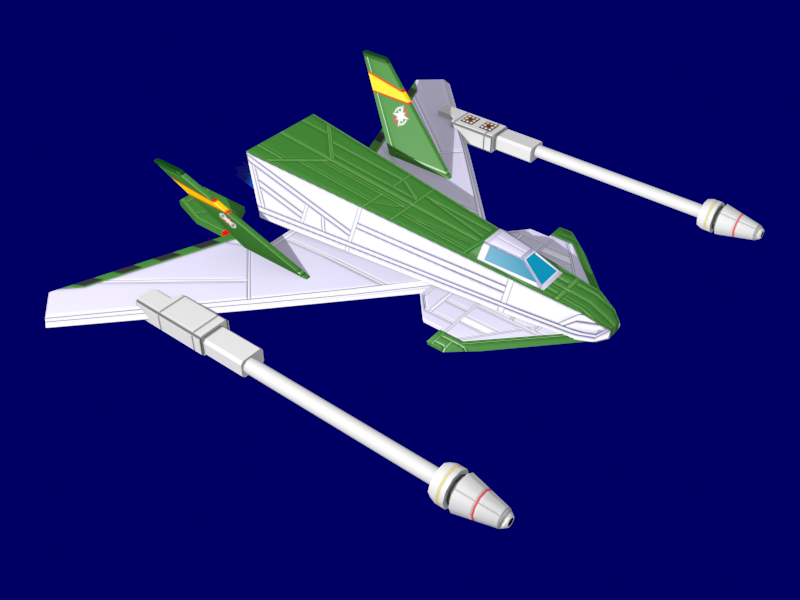 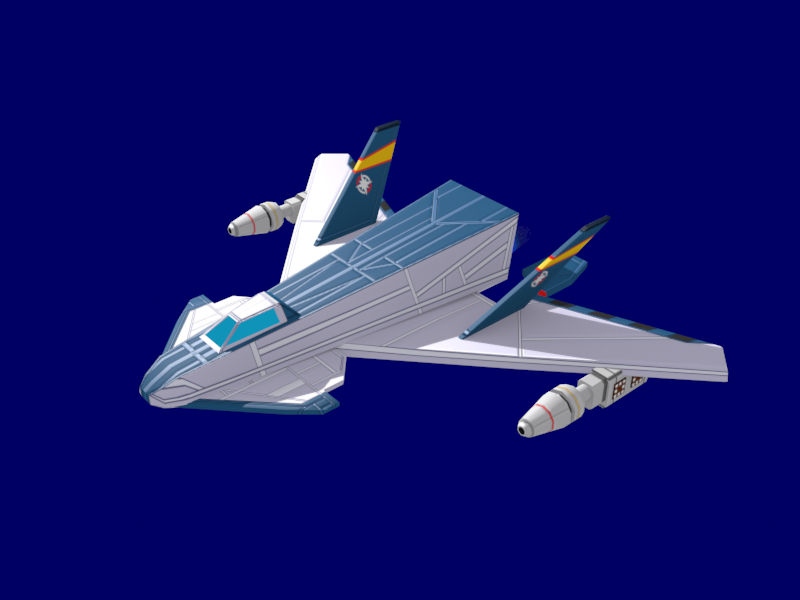 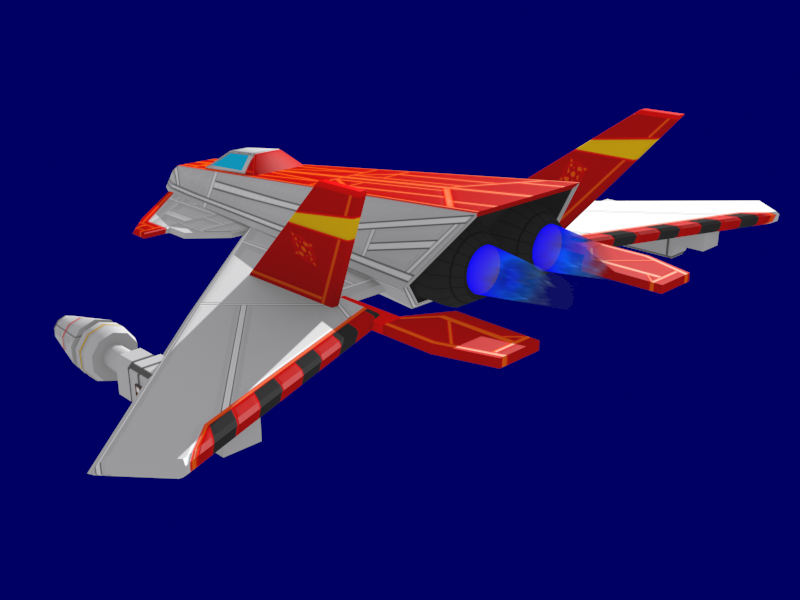 Next up is the Salthi, hotrod of the Kilrathi Empire. This one doesn't have any variants, but I might go back and make an ace version, with more paint, maybe some fins, that sort of thing. 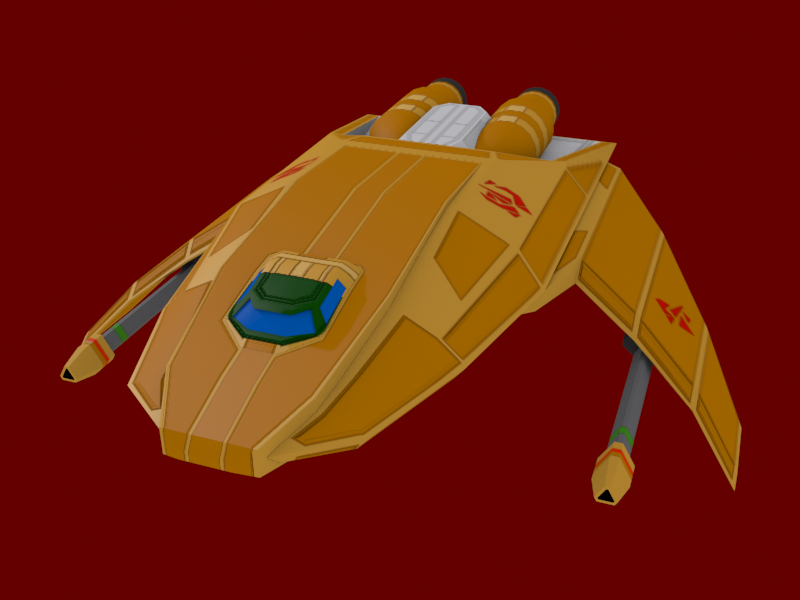 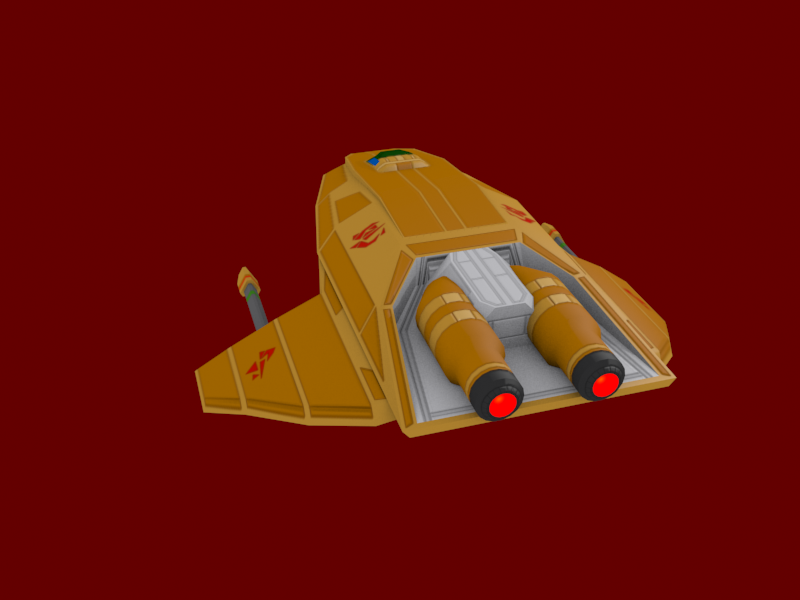 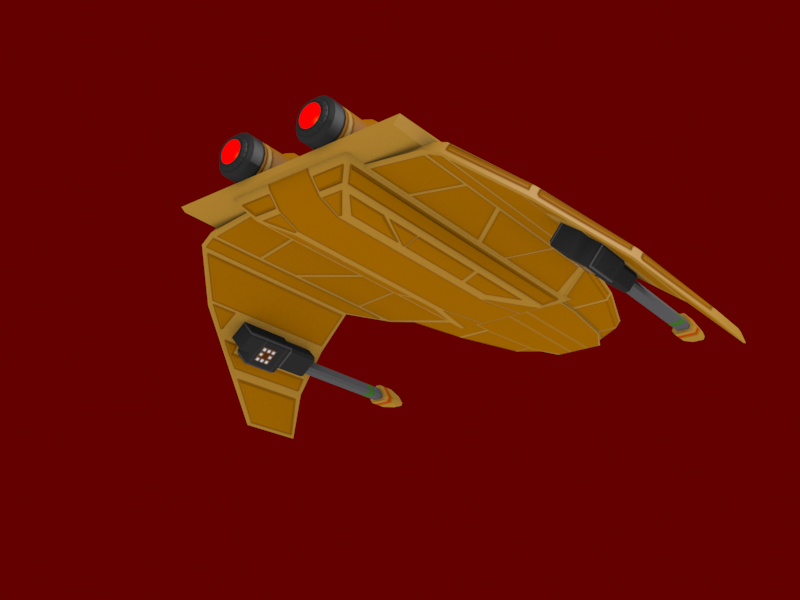 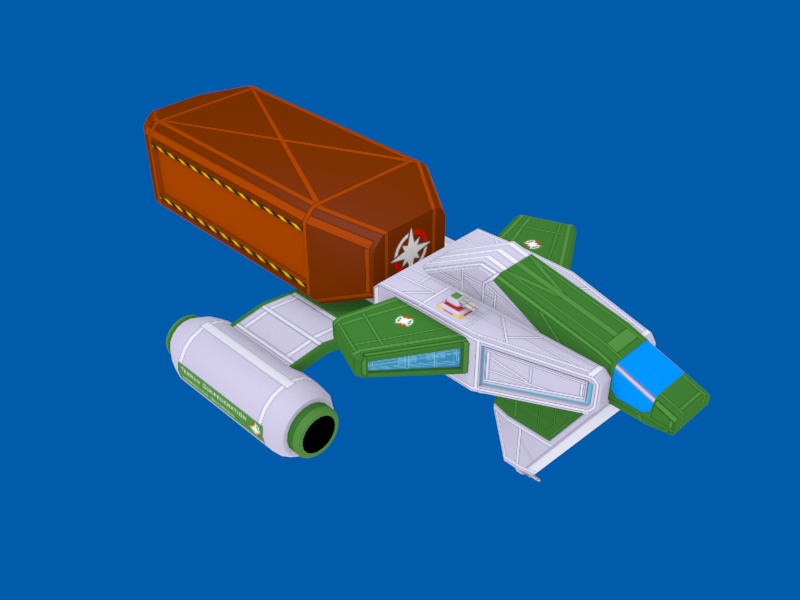 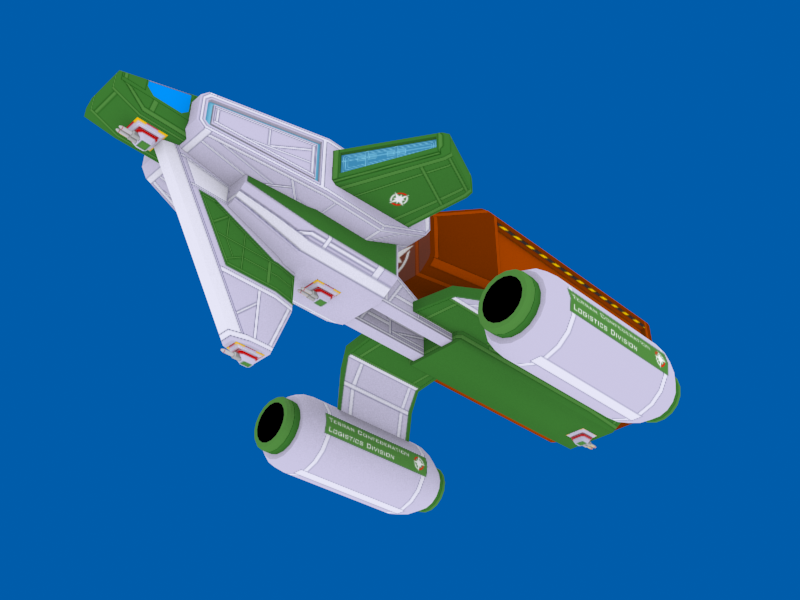 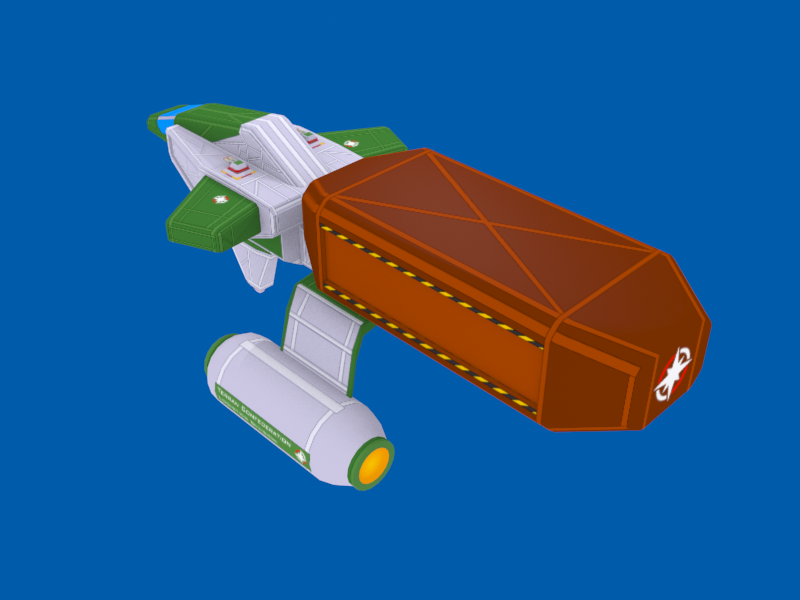 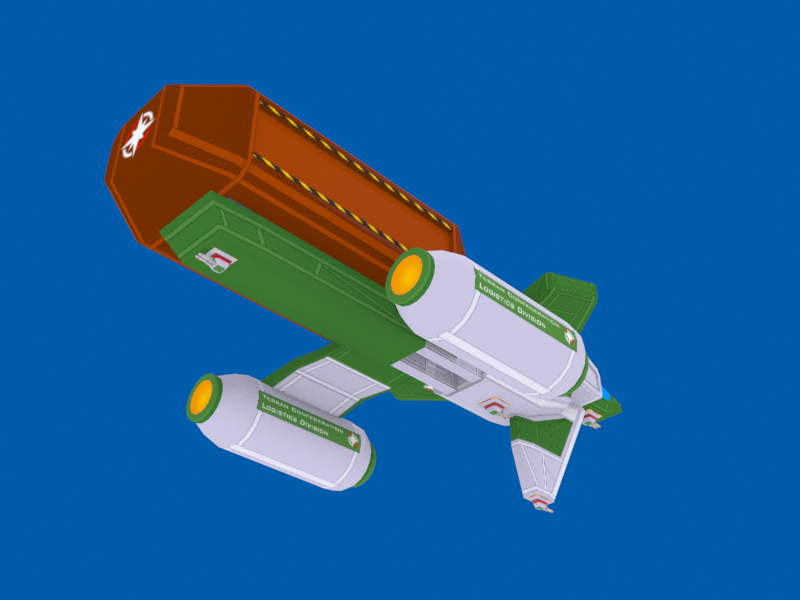 Oh, and a few treats; I did manage to put the Hornet into Freespace 2: Here's a couple of nice beauty shots. 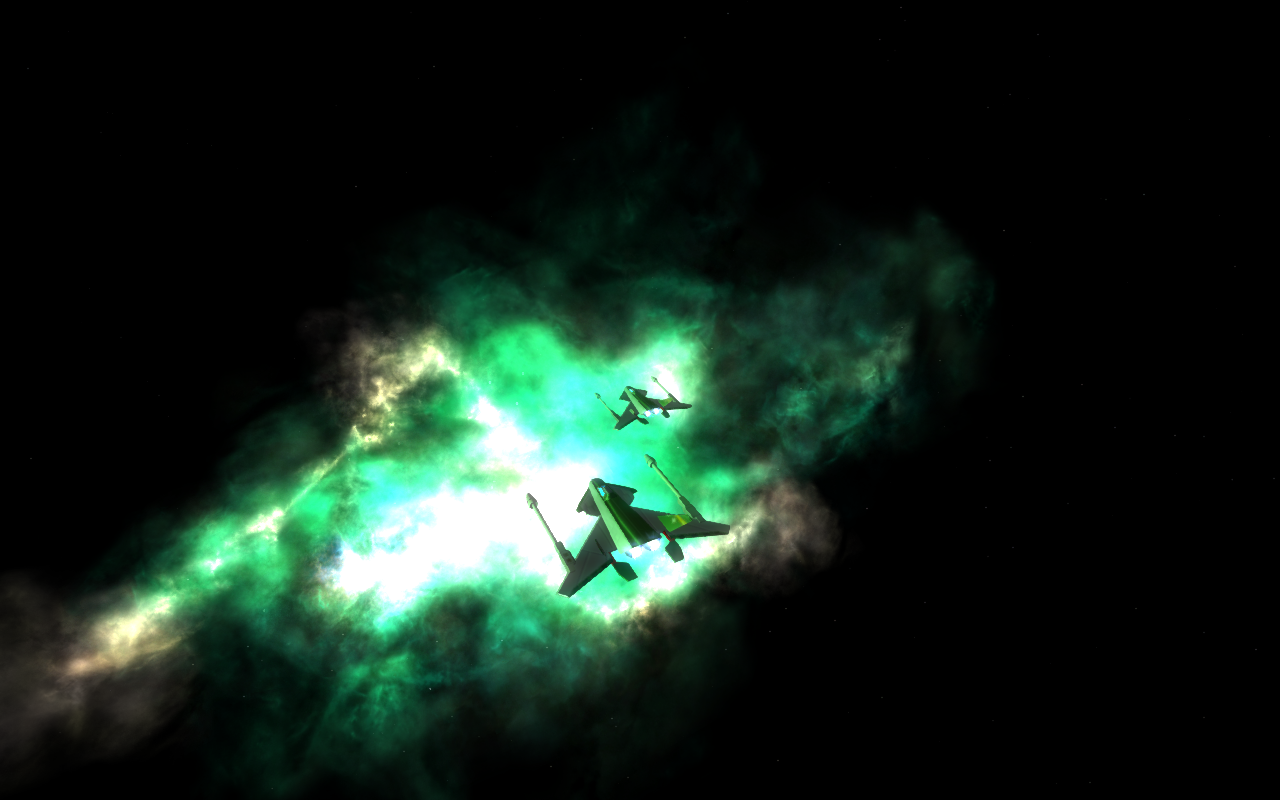 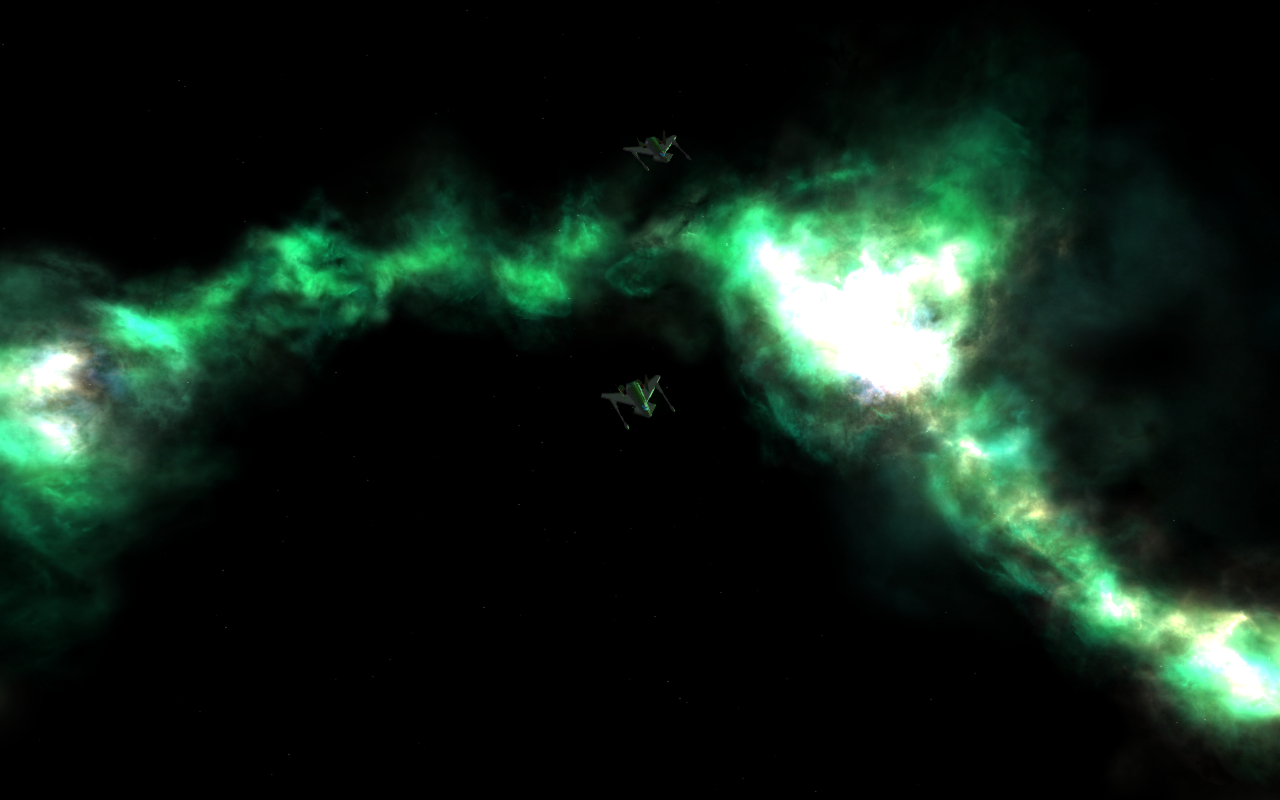 Finally finished importing the Salthi and the Drayman into FS2. 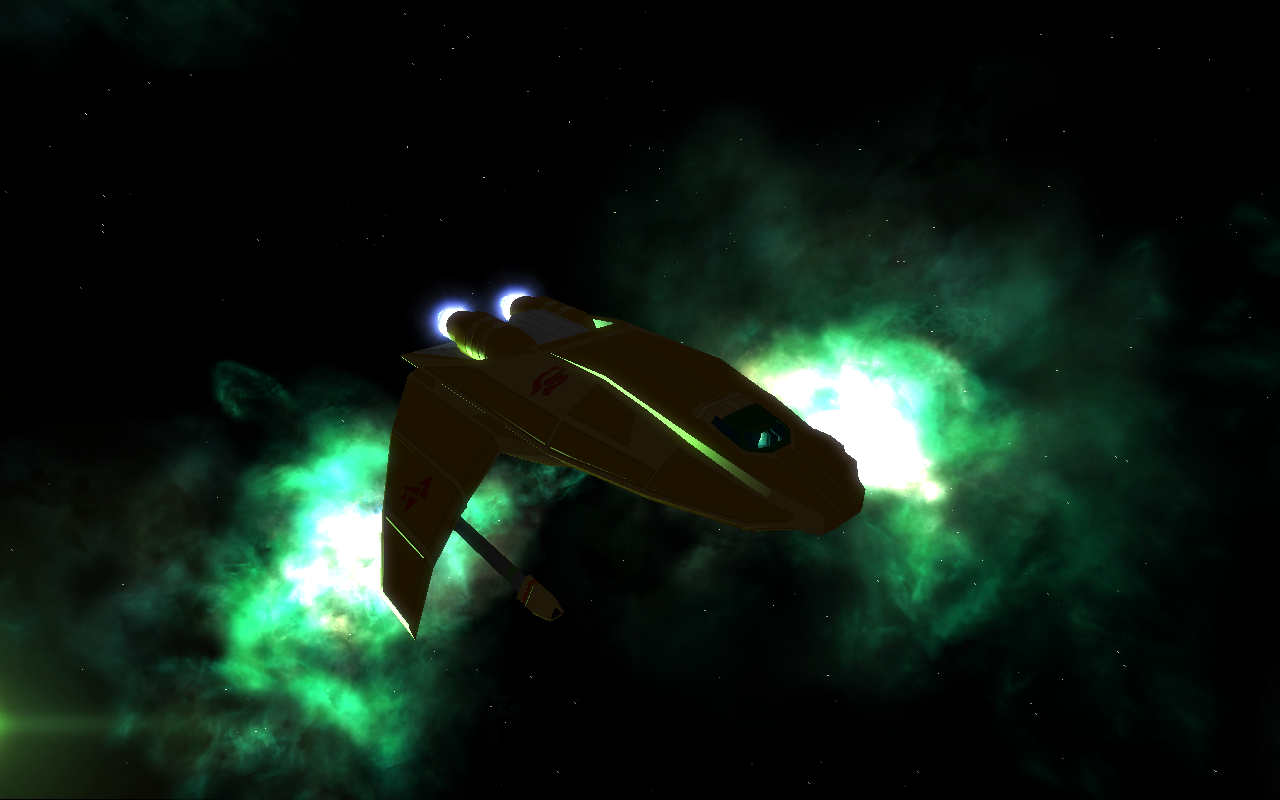 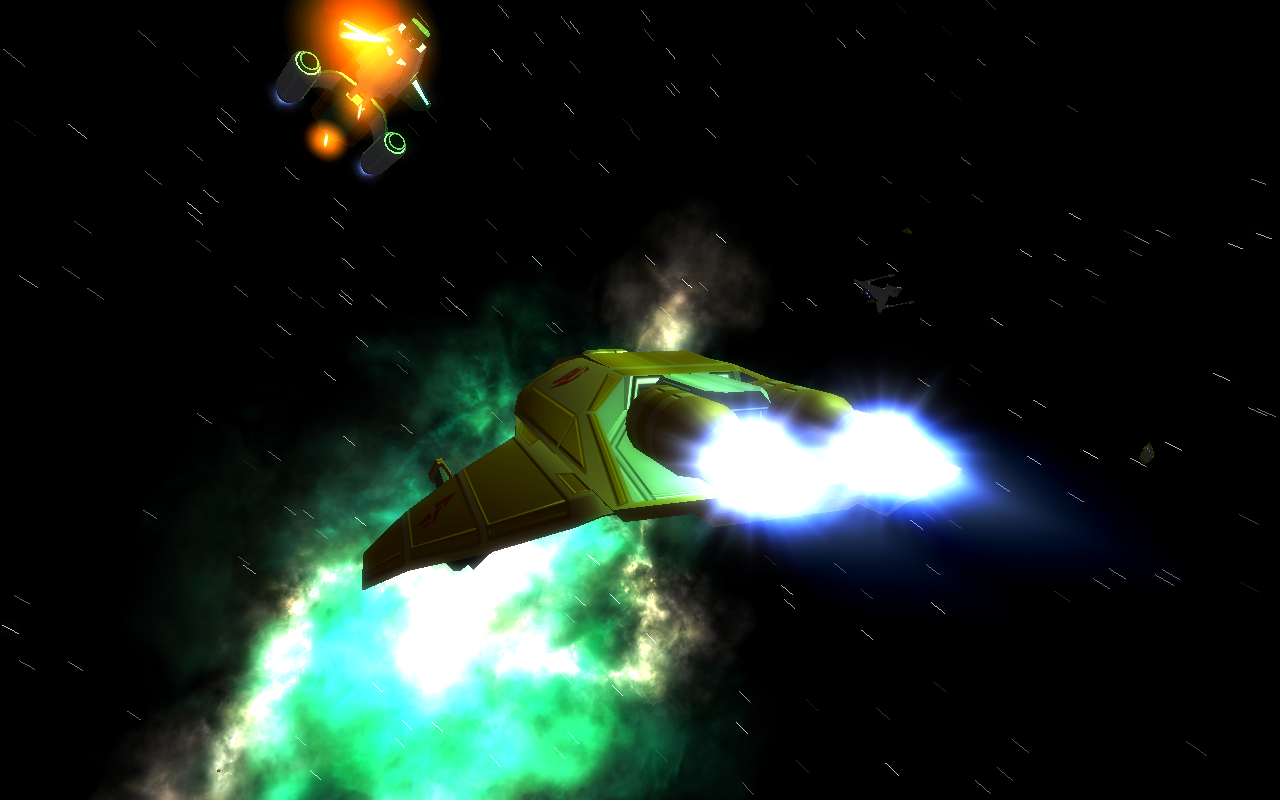 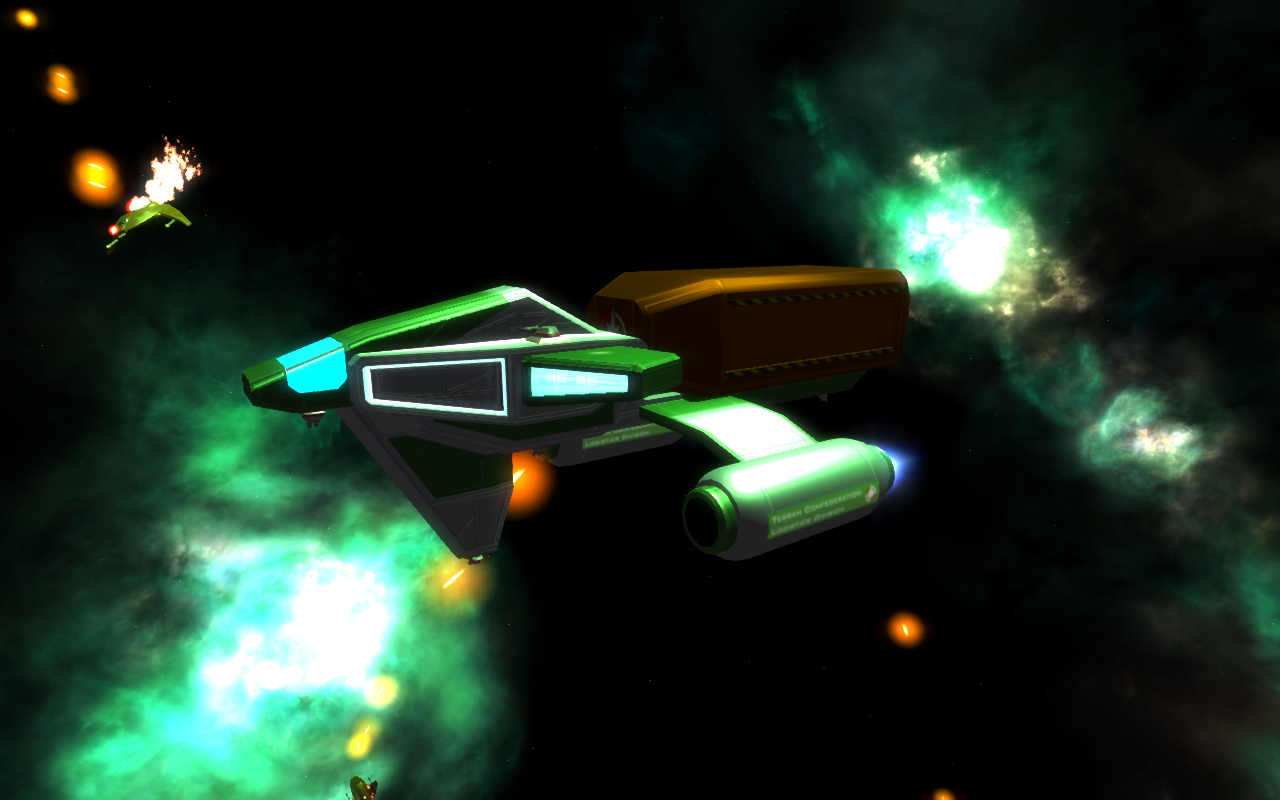 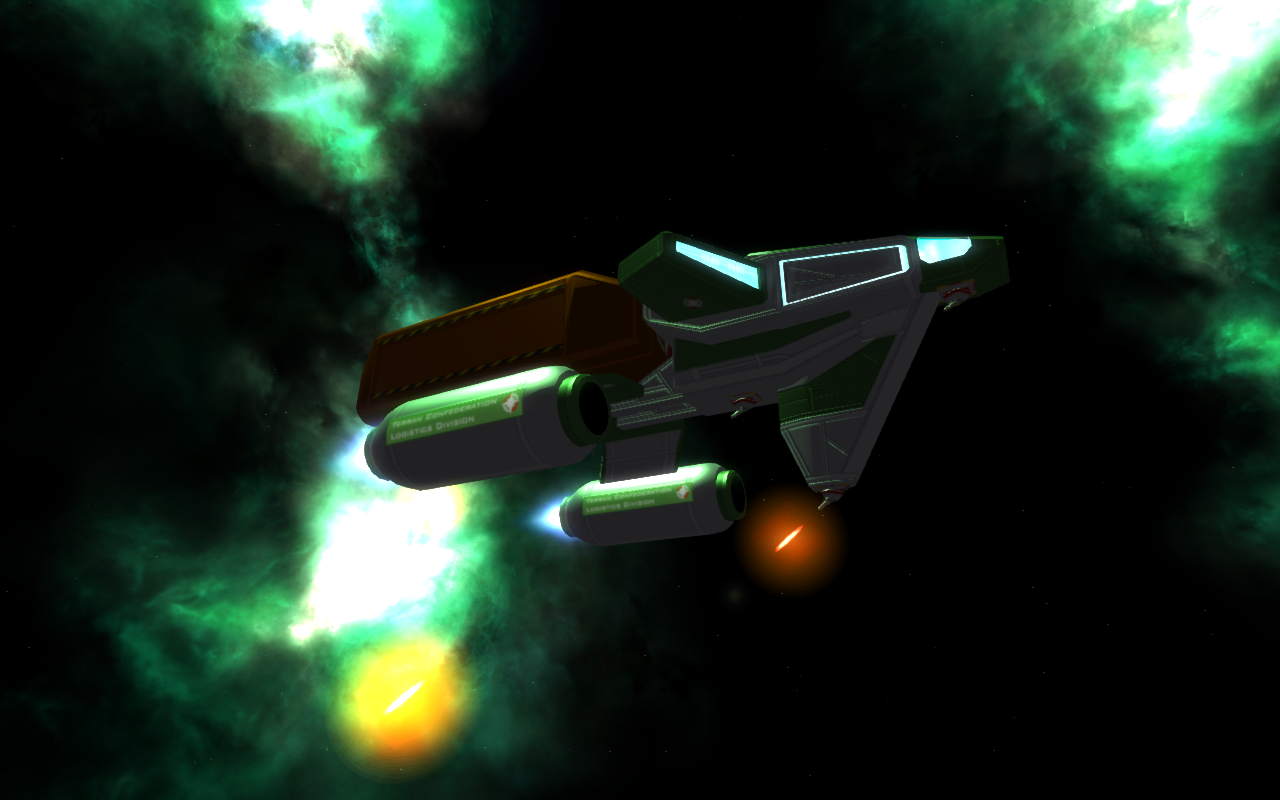 And there we go. Let it be said, getting the Drayman ingame was a PAIN, due to the turrets. Ah well.
Now, off to do the Scimitar and Dralthi!

We actually have, after many many years, a lead on the outside contractor who did the originals for Origin way back when--cross your fingers!
M

They look awesome indeed i just have one question what dose uprated and smaller laser guns mean?

Basically, uprated means they've been upgraded with newer parts and given a new name.

Got the final mesh for the Scimitar done and UVMapped. It's being textured right now.

Here's a couple of shots of the finished mesh. 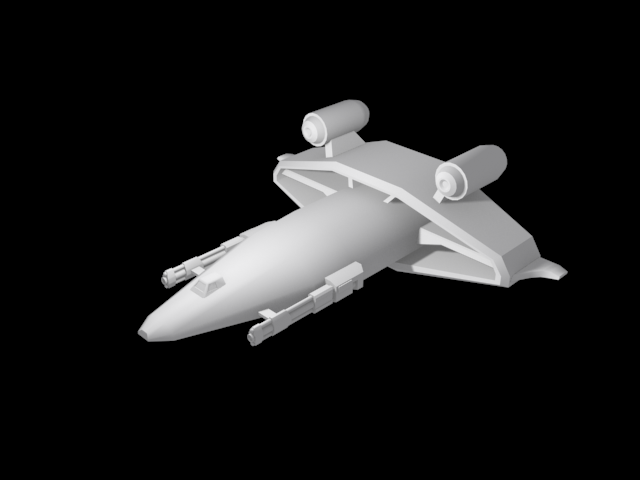 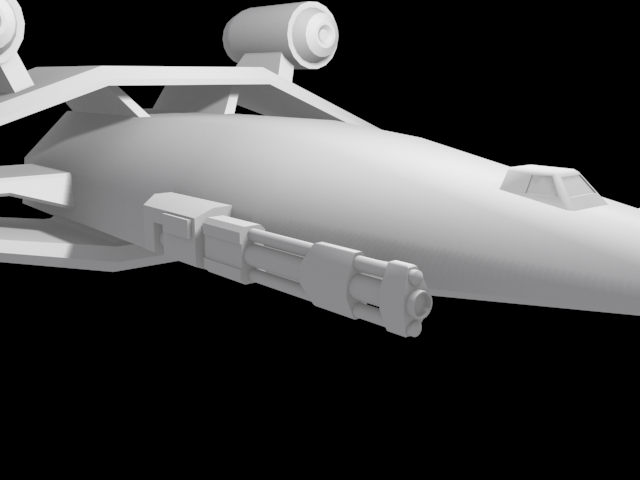 The models look great! Care to make them available in shapeways?

I could do, yeah. They'd take some cleaning up, meshwise as I only made them for the Freespace 2 engine, but it shouldn't be too hard. I'll experiment and see.

Alrighty then, got the Scimitar finished. Did the same three colour schemes as the Hornet. 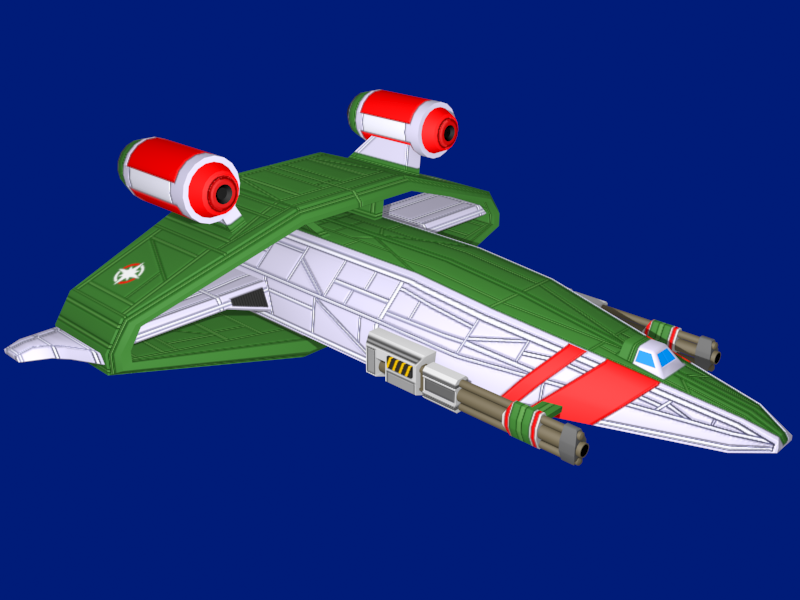 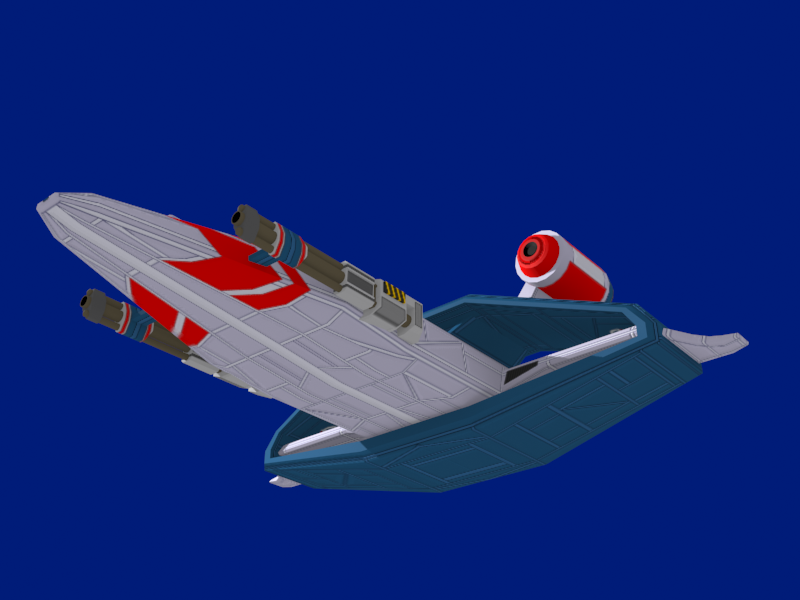 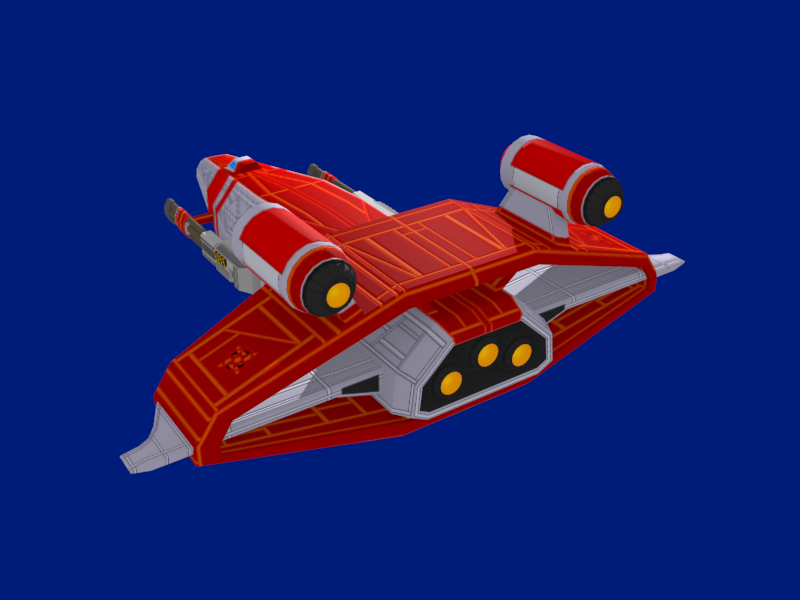 Now to get the Dralthi made.
M

with the Drayman Transport did the ever show it with something else attached to it's back maybe a decent pod for the marines or something like that?

There was a tanker variant of the Drayman (the Dilligent) but apart from that, all the Drayman ever had was the standard brown pod.

Yeah, the Diligent is the same 3D model as the Drayman, but with a big blue tank instead of a brown box.

We do see Draymans (Draymen?) being used as marine transports in SM2--but they still have the brown box.

These look great! Very faithful to the original designs!
M

Are you going to have squadron marks like in the game?

Yeah, eventually. It's actually pretty easy to do (especially in Freespace2). I want to get all the WC1 ships made before I do that though.
M

There is one question I've never seen get asked are there any confed ace pilot paint jobs cause i know about the kilrathi ones but never seen or heard about a confed one?

I would think Confederation military standards don't allow for such public displays of ego. Also, would possibly make such identified craft targets of priority for the honour-driven Kilrathi.

This is just my speculation, however.
M

But if there are no signs that say which ace is fighting how do the kilrathi know who to challenge for there greater honor or to get them more honor? Also will you be makeing anything new like ships or fighters thats not in WC1

IFF signals is one possibility. There must be some sort of ID included in the broadcasts (from an in-universe point of view).

On the new ships front: I'm going to design a small refuel/rearm ship (smaller than the drayman, about the size of a large bomber), mainly for FS2, but also just because I can!
EDIT: Not yet though, want to get the core fleet made.
You must log in or register to reply here.
Share:
Twitter Reddit Pinterest Tumblr WhatsApp Email Share Link
Top