Comchia recently shared some eye-popping screenshots of the EGA version of Wing Commander 2. WC2 is well known as a gorgeous game with lush colors and beautiful art, but not everyone in 1991 was able to appreciate its high end VGA graphics. Everyone with a high powered system quickly switched over to the 256 color option, but some fans were limited to just 16 simultaneous colors. It's pretty shocking how limited this was, however it's equal parts impressive that the artists were able to squeeze so much graphical fidelity out with such limitations. There's very little EGA Wing Commander content online these days. I've added an EGA WC1 video below so you can get a sense of what everything looked like in motion. It really makes you appreciate how far we've come! 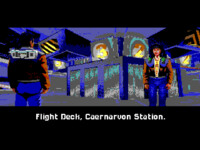 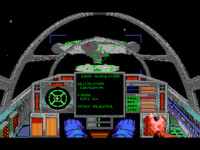 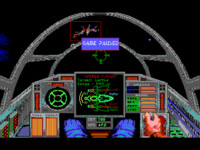 Some screens of the EGA version of Wing Commander II. I'm used to seeing this game in the far more colourful VGA version, but I'm still kind of amazed at how much the artists did with just 16 colours.
Click to expand...