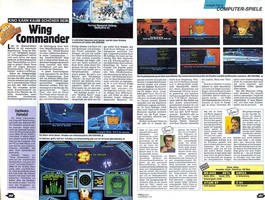 In that Scene Jörg Looking for Heinrich. The other guy was some sort of Bounty Hunter because Heinrich owes some Jabba

Money. And Heinrich told he has some store with cyber dogs and in a few hundert years he can pay him

In the Journalism Branch of Computer Games Magazines Heinrich is working for a very long time, since 1984! He lived since 2001 in Vancouver, before in Munich.

I did see that from your earlier post, but we do happen to have it in the archives already: https://www.wcnews.com/news/2006/05/25/english-subs-added-to-german-wc-dubs (though it's been a while since they were on the front page)

Good ol' Heinrich.
That's him too by the way