From the Stars: Wing Commander ships in From The Depths

From The Depths is a pretty nifty voxel game (construction à la Minecraft) that is designed around building ships, submarines, aircraft and spaceships with armament, subsystems, sensors, etc., to have them fight. After building some other stuff, I've just started a quite ambitious project: a full scale recreation of the mythical TCS Victory in her 720 metres glory. Here's the current ship, pretty barebones but recognizable already: 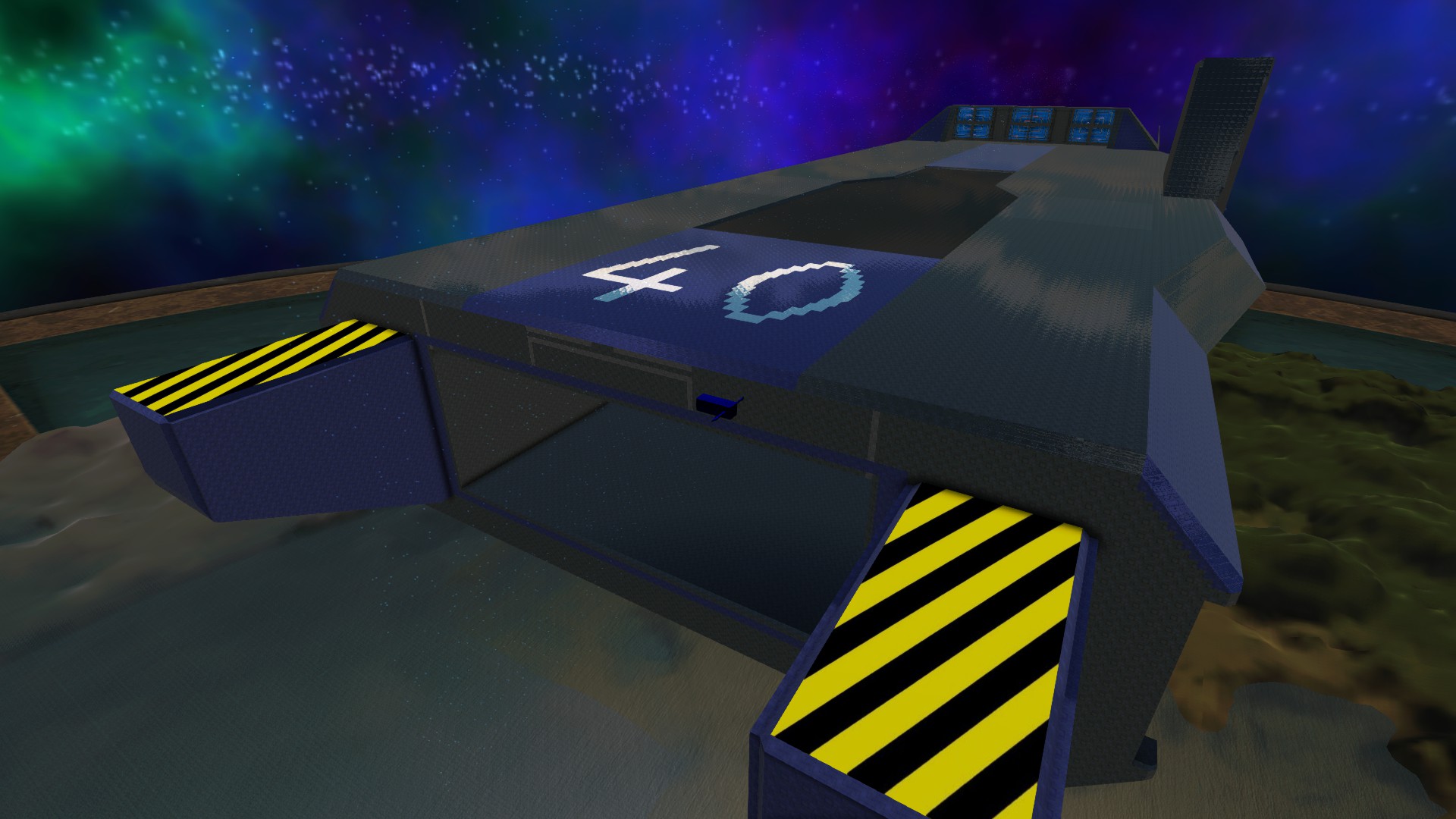 As of now, I've got the internal flight bay (without details) and two thirds of the top part of the external hull (everything forward of the Bussard scoops top-side), the first step being completion of the outer hull to start working on internals, first the flight bay, then the conning tower as well as the turrets and finally elements not shown in the game (maintenance bay, engineering, that kind of thing).

Of course, as soon as the external hull will be finished, I will upload the ship on the Steam Workshop to allow any Wingnut to walk around inside it.

EDIT: here's the top engineering section, pretty annoying to do with the double slopebut it's rendering decently now. 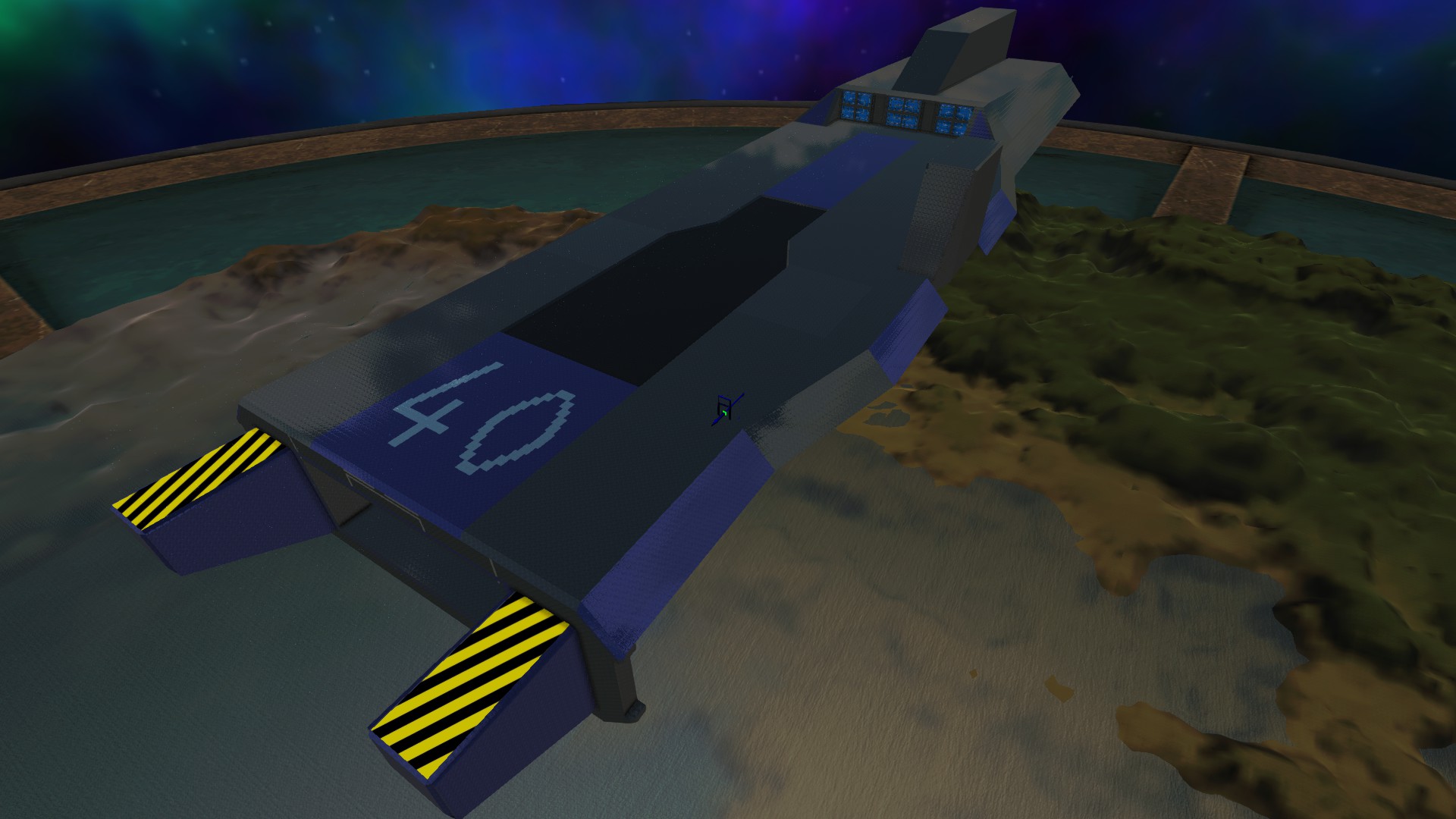 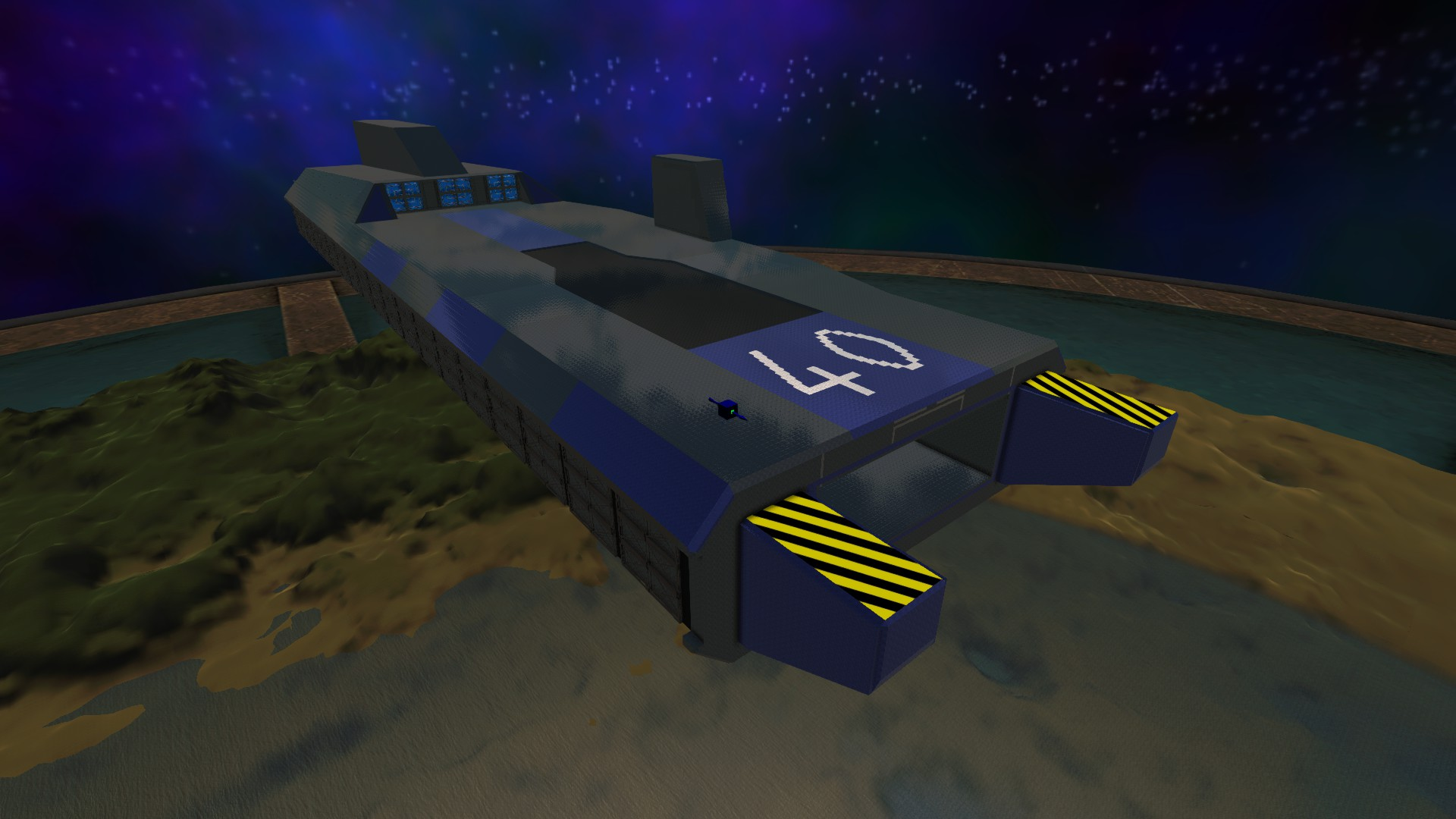 60 percent of the main hull is done now, and it really starts looking like the original. At this point, I need to add the belly and the rear, then it'll be time to start the decoration. More than 100 000 blocks needed at this point.

EDIT: the large bulge under the flight deck is done, next part will be the painful double-sloped area on bottom aft.

Wow, that's impressive. I've been playing around with spaceships in FTD myself, but nothing this ambitious.

Dyret said:
Wow, that's impressive. I've been playing around with spaceships in FTD myself, but nothing this ambitious.
Click to expand...

My last project was a submarine with Lua controls, working sensor displays, strategic map and numerical data indicators. If you're curious about it: 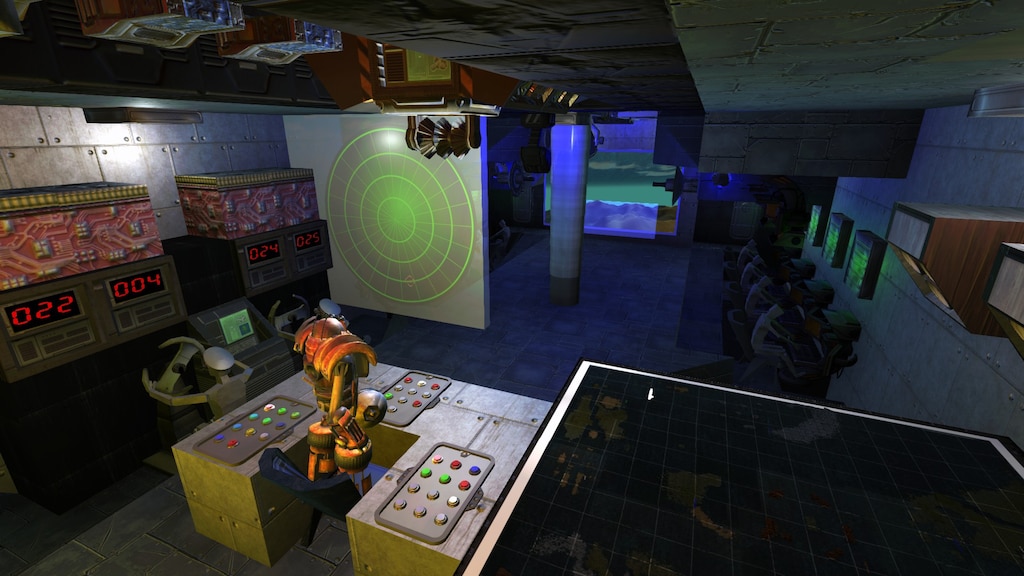 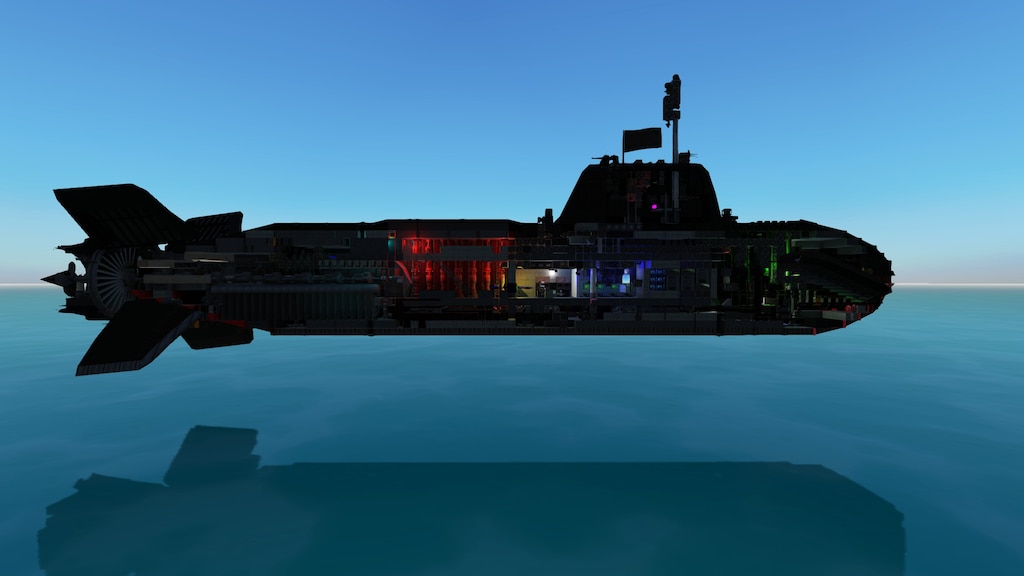 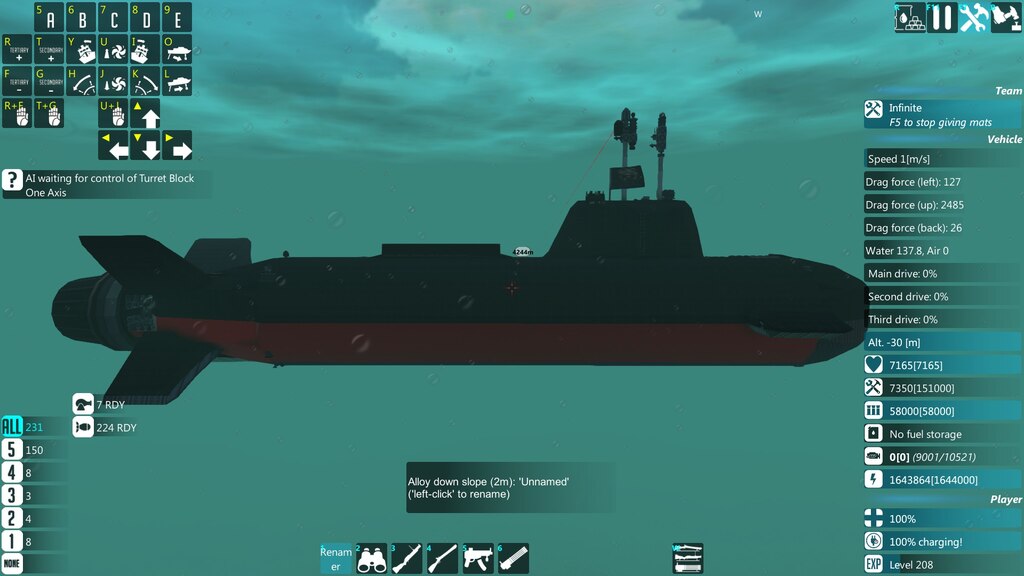 Status update, a large part of the underside is done, including the Bussard scoops: 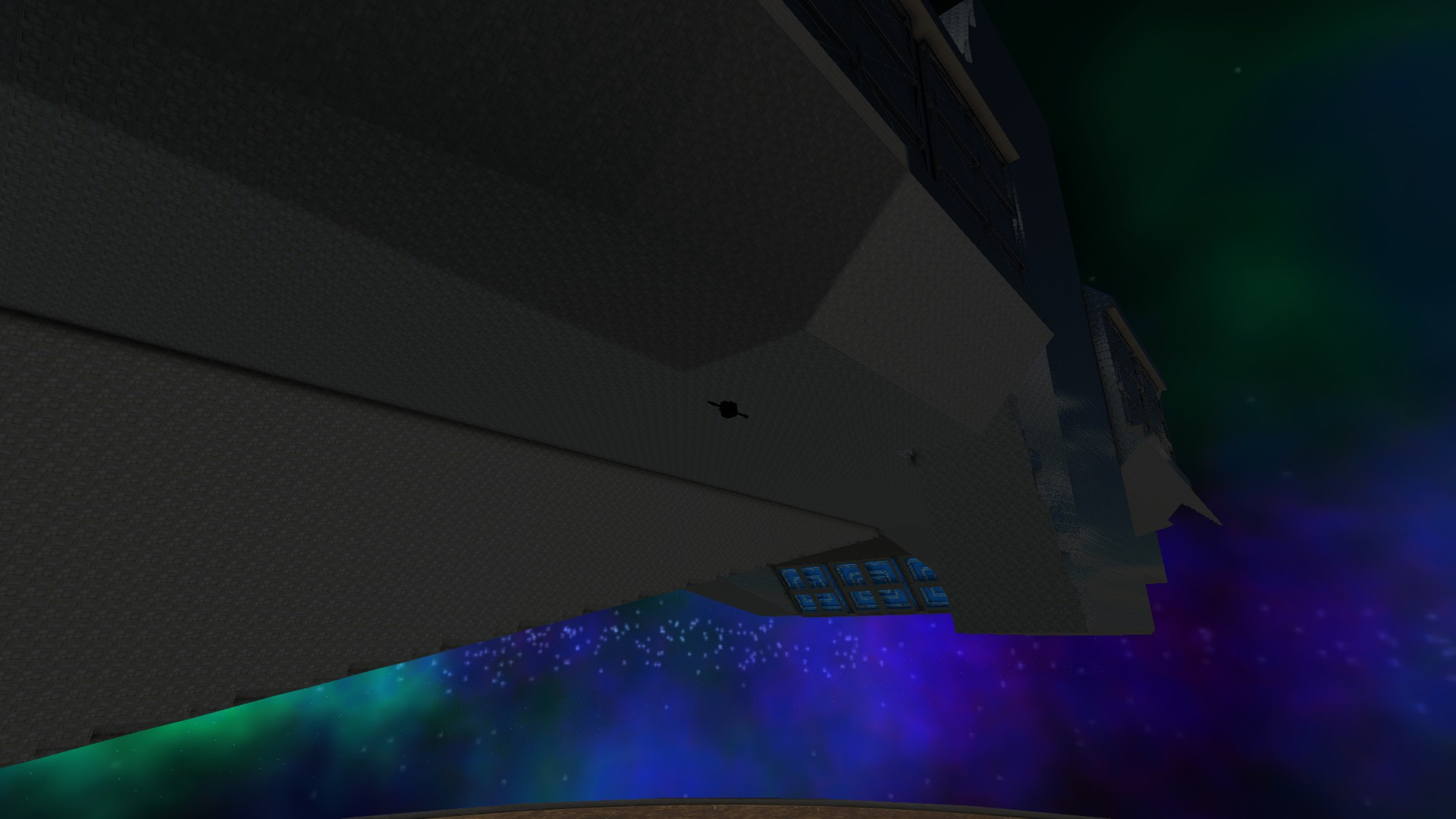 Current stats: 2,5 million resources, 142 344 blocks. I need to finish part of the bottom and then put the bottom engineering sections as well as all engines. Then the tedious part of interior decoration will start. Expect a 200 000 blocks blueprint once I upload it.

The most important realization for me is that Victory is BIG. It's a really, really big ship, which doesn't appear that clearly (at least it didn't for me) in the original game, considering we're mostly seeing it from the PoV of a fighter. Hell, I could put two dozen subs in the flight bay, or an Arleigh Burke destroyer laid on its side.
Last edited: Feb 5, 2020

Urgh, got the proportions slightly wrong, so the final ship will be around 640-650 metres long instead of 720 metres. Should still give a proper idea of its size to work on it. 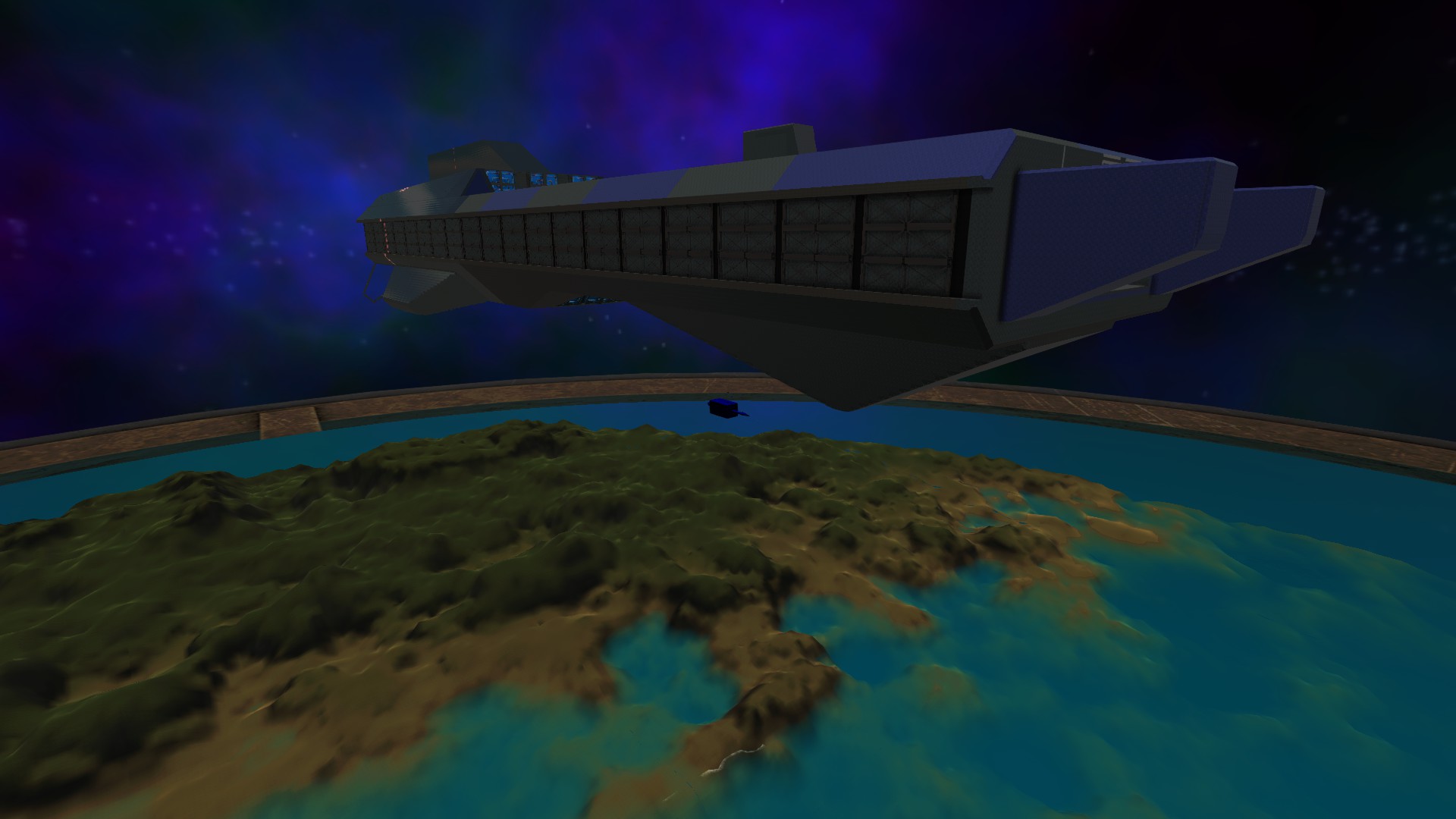 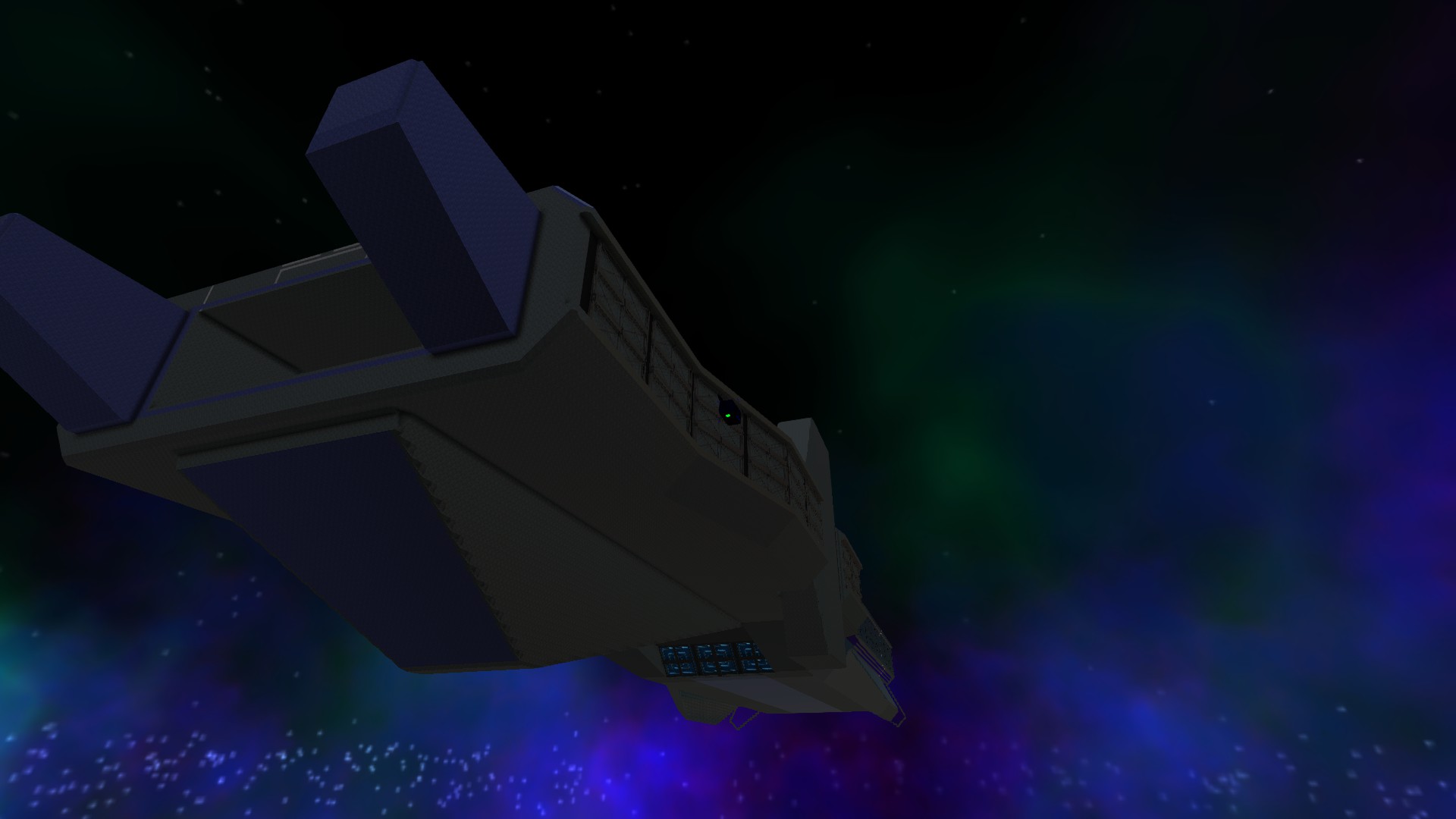 The outer hull is finished! 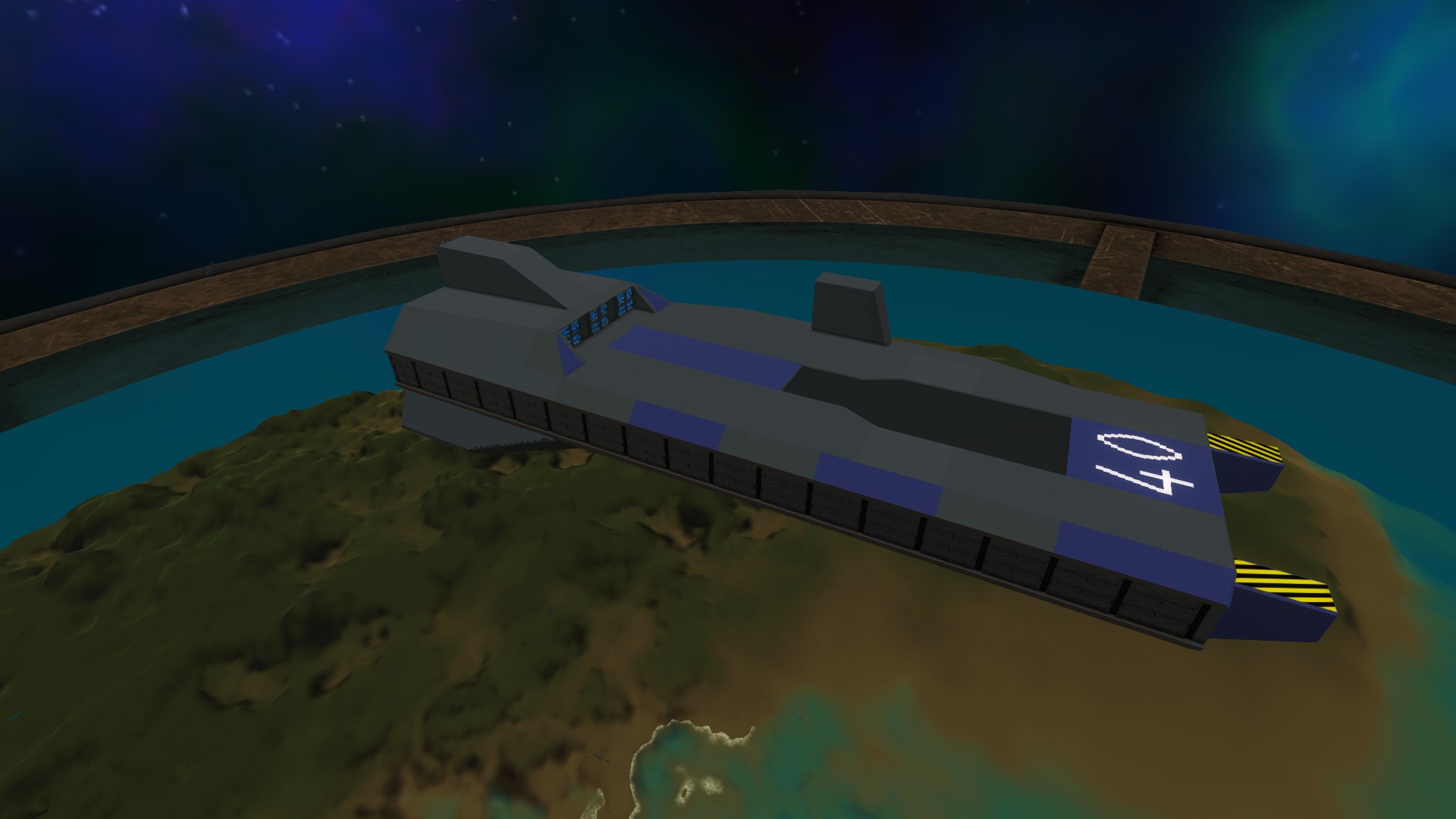 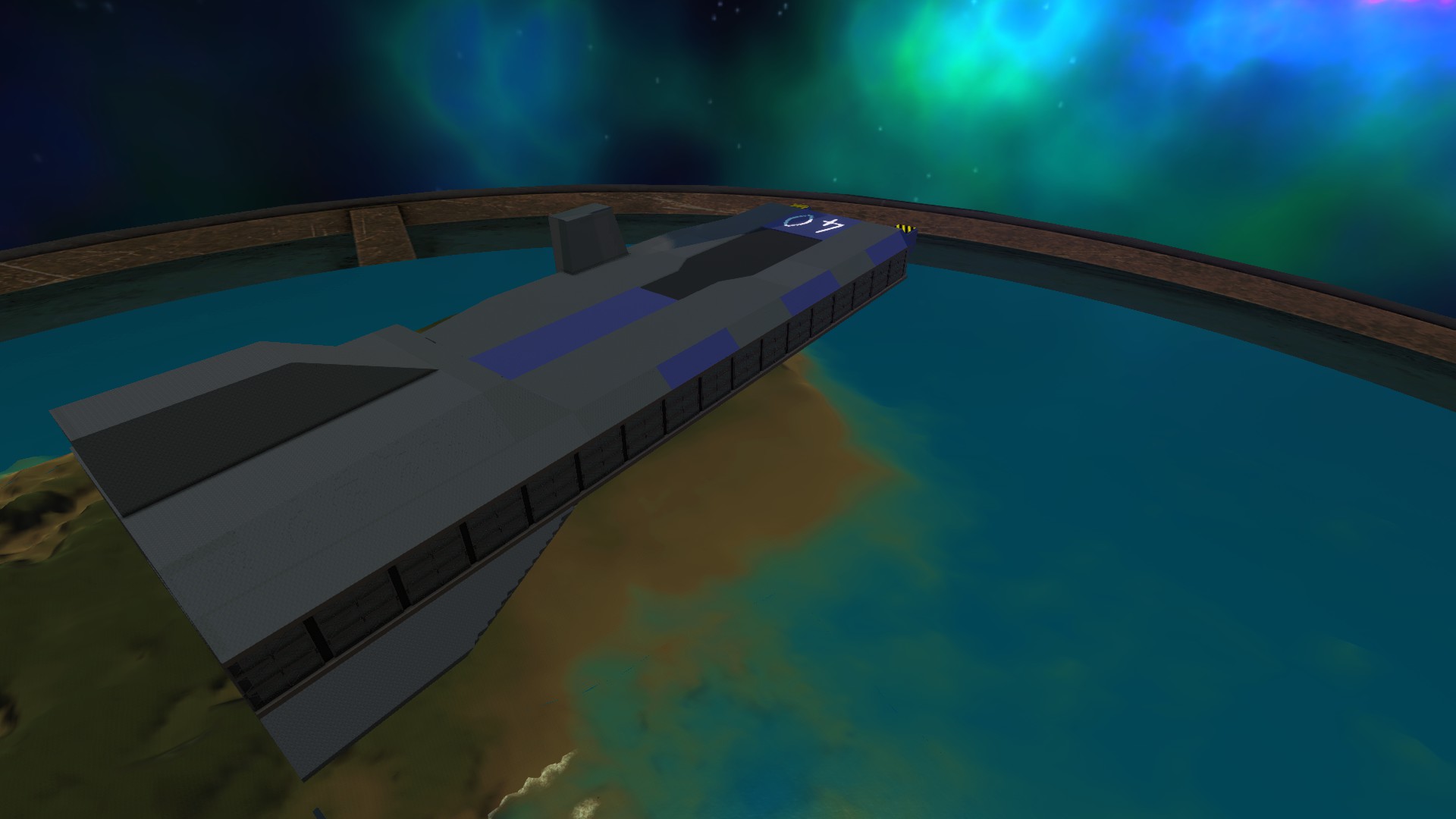 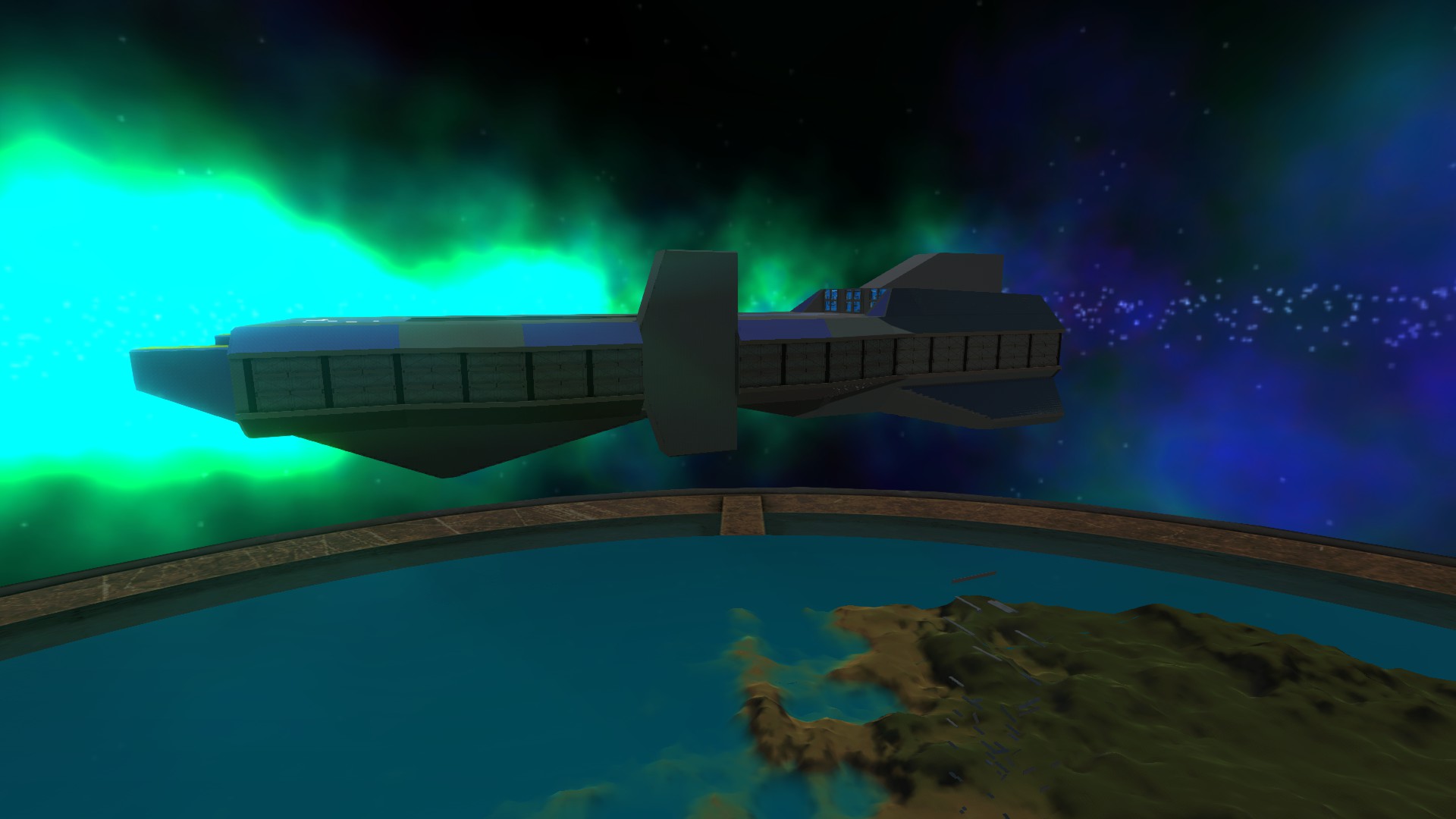 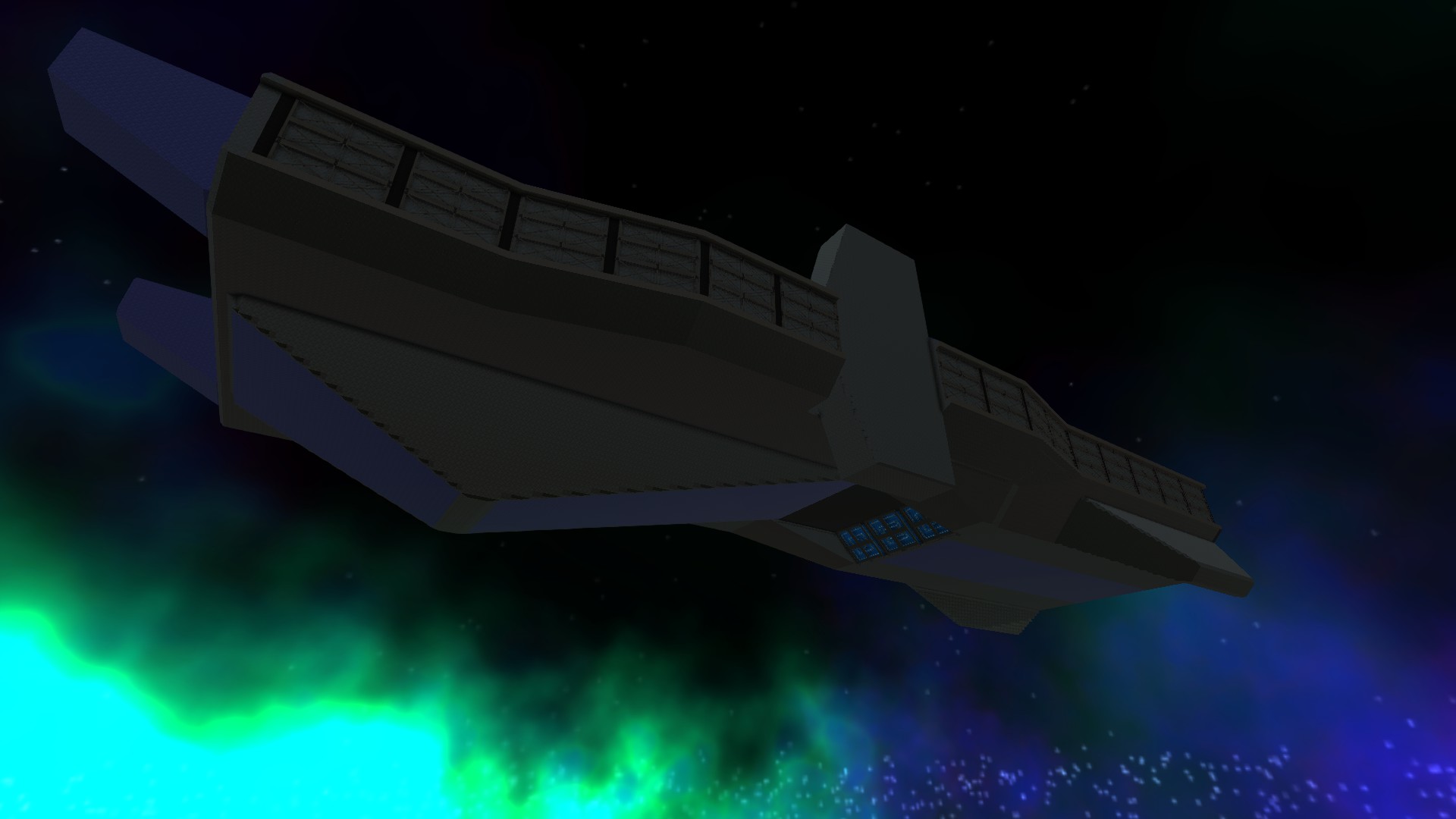 The first fittings were a pretty large generator and ion engines to keep the ship from falling down below, so if spawned in space, it should remain there.

Looks pretty cool! Clarification on the description: the "Ranger" name was fan speculation based on a line in Action Stations, but it was later established that the Victory was Yorktown class.

And I've started working on the internals, starting with the ready room: 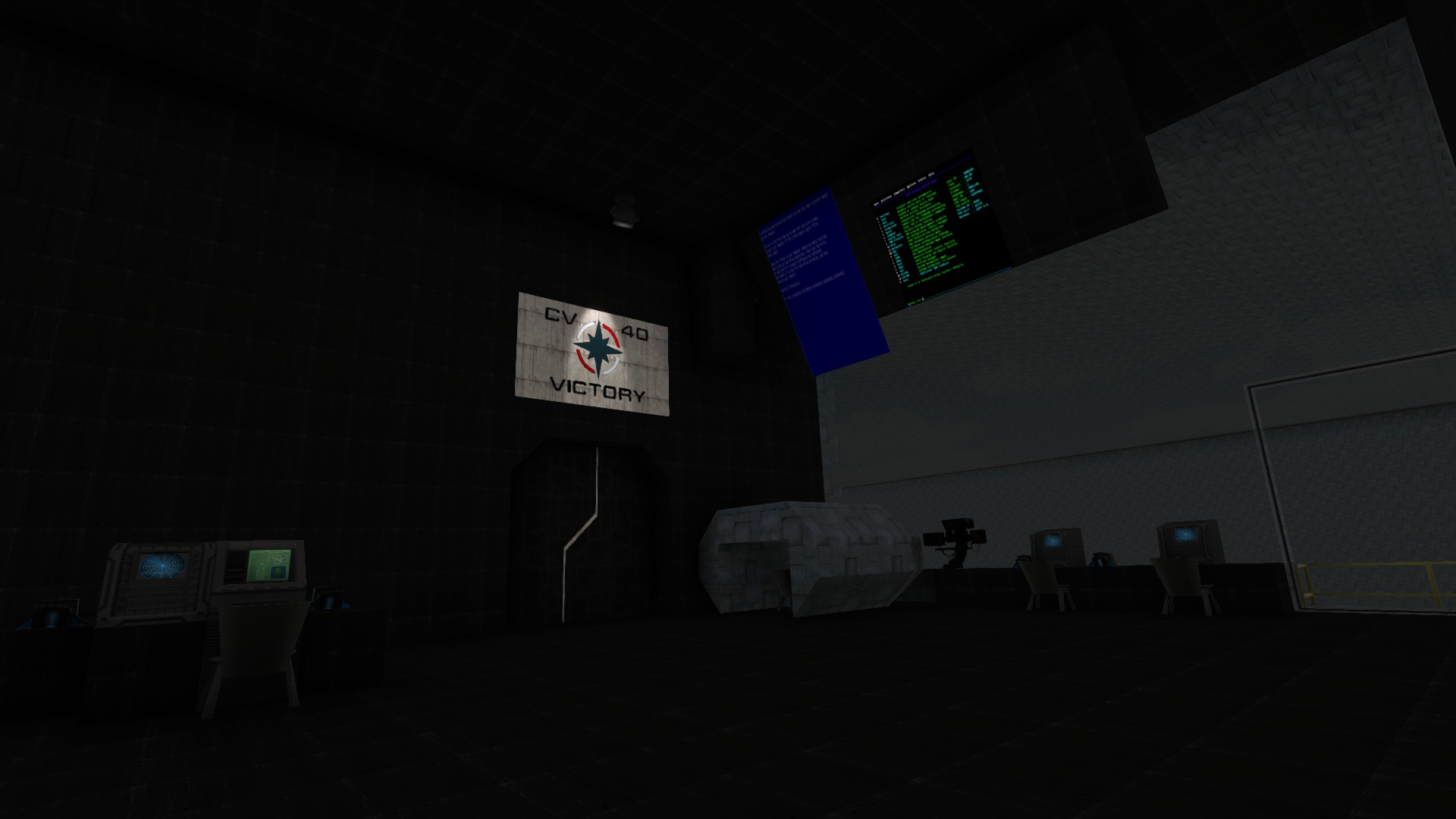 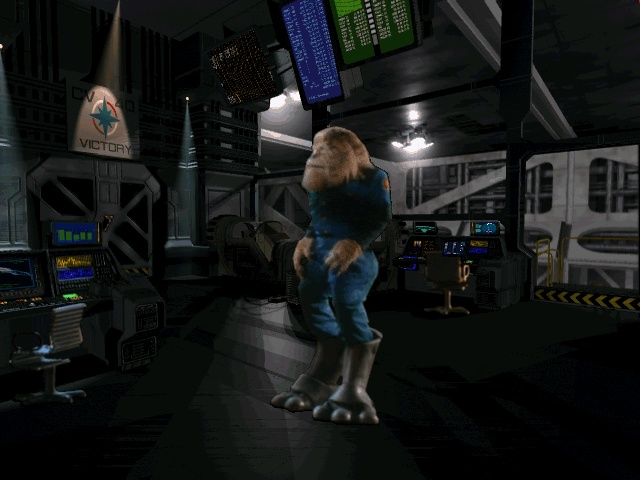 Small level of detail as of now, since I'm not sure yet whether I'll have to redo a lot of stuff to stay within the hull limits (for example, I'll have to reduce its depth to get the payload computers closer to the briefing room's door before spending too much time on getting the lighting and the details right). The doors to the briefing room are working, though I haven't linked them to logic systems and buttons yet, same for the glass door leading to the stairs set going down to the flight deck. Next step will be the briefing room and the CIC, then the elevator linking the various decks in the conning tower.
You must log in or register to reply here.
Share:
Twitter Reddit Pinterest Tumblr WhatsApp Email Share Link
Top