Kefeinzel over at the RSI forums has been spending time making Wing Commander ships for Space Engineers. Space Engineers, available on "Steam Early Access" is described as a "sandbox game about engineering, construction and maintenance of space works" in which players build space ships and stations, and pilot ships, among other tasks.

Here is the dralthi and hornet I made in space engineer, both fly properly and are fast and fun

Lastly, as kind of a teaser, here is the flightdeck for the bengal I'm working on now. I currently have the hangar deck completed, engine and reactor sections, the bridge, and some work on the side of the ship.
Click to expand...

You can follow his progress in this thread here. 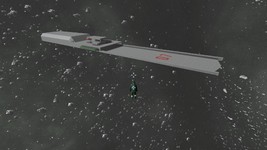 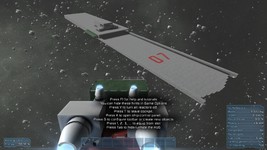 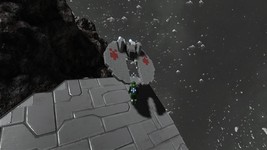 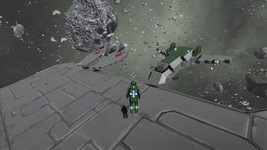 With respect to the creator of those ships, this is a poor advertisement for what can be achieved in Space Engineers. I would like to post images of my own work (I have completed scale recreations of the Tiger's Claw, Fralthi, Star Post, Venture and many fighters from WC1, but unfortunately I'm too new to these forums to include links in my posts. Perhaps some kind soul will offer to do so for me?

If you just want to post images to the thread there should be an "upload a file" button right below the post edit window you can use to upload a picture. Once you upload the picture, it will give you the option to post the full picture or a thumbnail into the post. 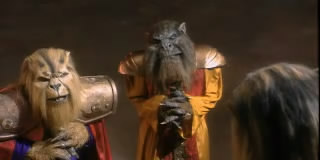 You can also email anything you have to news@wcnews.com . We're always happy to showcase the creative talent of WC fans, which is the goal more than promoting any specific product.

Many thanks for that suggestion, I've dug a few old screens out for upload. Please bear in mind these are a bit dated and none of them are truly 'finished'. 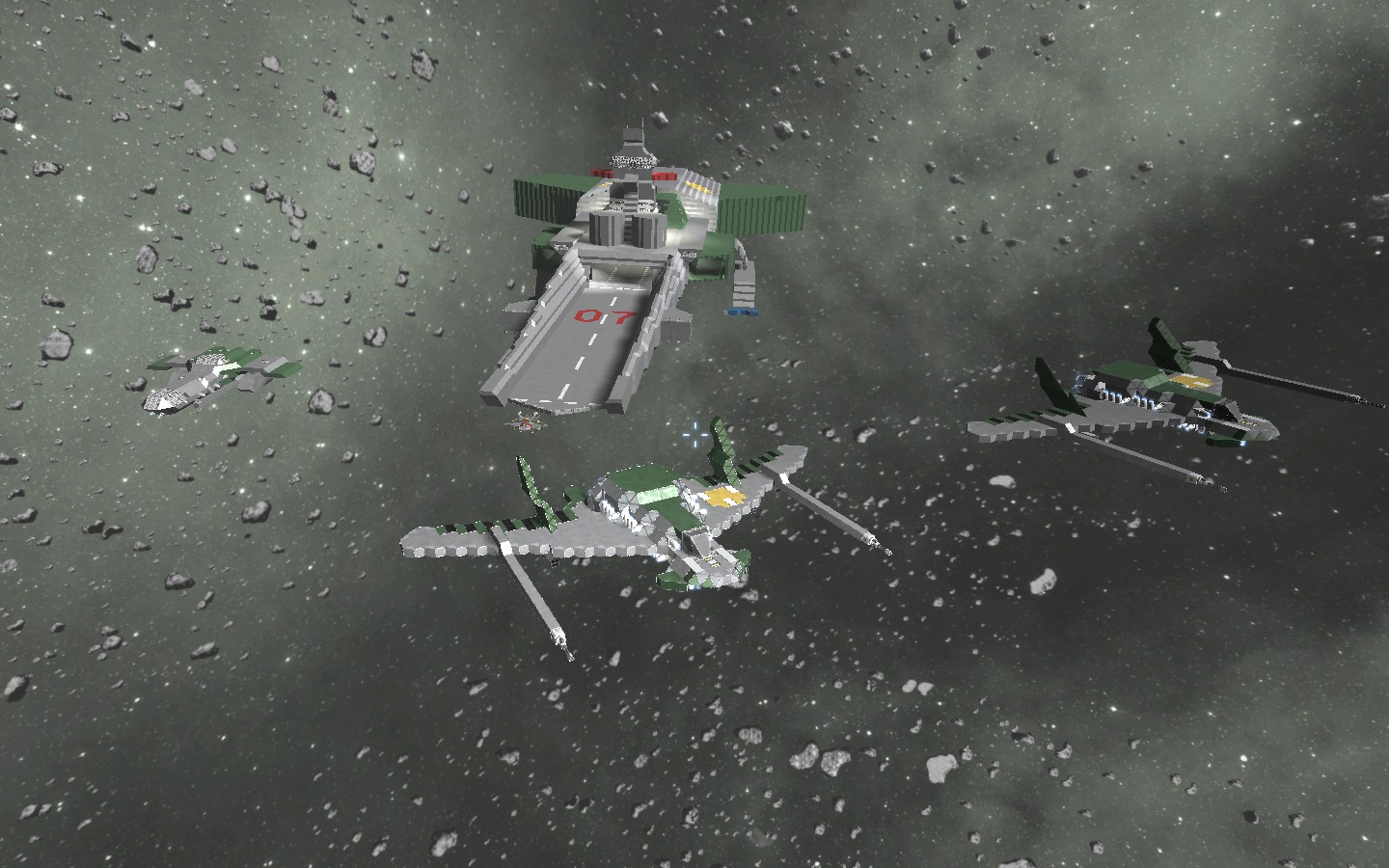 If anybody out there has Space Engineers, this world has been uploaded to the Steam Workshop, called Wing Commander 1:1

The Confed ships look spectacular. In particular I like how the fighters have a pixelated feel, as if they were ripped off the sprite palette and made 3D.

Thanks man! I used the sketches from Joan's Fighting Spacecraft in Claw Marks from WC1 and basically measured everything out (large blocks are 2.5m^2, small blocks are 0.5m^2, so they're actually full size in-game. I did hit a slight problem with the relative size of the fighters though, as I think has been discussed in the past. To fit a Raptor out of the launch tubes, I had to make some modifications to the mid-ship wings compared with the original drawing, and with the best will in the world this 'Claw with these fighters is only ever going to have 2 launch tubes. I think I could just about squeeze in 104 fighters, but at these scales the ship would be basically unworkable and all other ship functions would be relegated to the aft wings, super- and sub-structures.

The same problem also applies to the Kilrathi ships, as the canon Fralthi is supposed to house 20 fighters - I managed to squeeze them in (just - 6 Krant, 6 Gratha and 8 Salthi) but only by using some creative thinking.

I am considering rescaling the fighters but they'll lose a lot of detail in the process :-(

If anyone has alternative / better scaled statistics for the size of the WC1 fighters (Kilrathi and Terran) I'd be very interested in those. I've already applied the 19:24 resize of the Rapier from WC2 to all the fighter craft and the size is still pretty bonkers.

this is totally awesome.. I have space engineers.. I'm not very good at it, but I can appreciate the amount of effort you put into making these!
W

Ooh, I think I got that game during a steam sale, never tried it, like about 90% of games on my steam list...

Space Engineers has made recreating these ships very accessible to someone with a nostalgic streak for them, although I have to admit it also leaves a lot to be desired. The 'flying in space' feel of Wing Commander probably could be achieved in Space Engineers, but the program uses inertia physics which makes this tricky to do. With the scale of these ships there also comes a point where playability really suffers, because the game starts to really stutter and slow down, especially where u have damage effects going on and several ships moving close together at once. Mostly I started making these ships to expand on what I remember of Wing Commander - you always knew the Tiger's Claw had to be big, but the video sprites never really gave you the full sense of it's size compared with the fighters, or what it would be like to try to fly it into a fight. When it takes minutes to do a lap on foot of the ship, u start to realise what it was you were defending and patrolling for mission after mission.
You must log in or register to reply here.
Share:
Twitter Reddit Pinterest Tumblr WhatsApp Email Share Link
Top