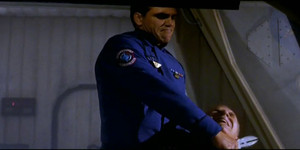 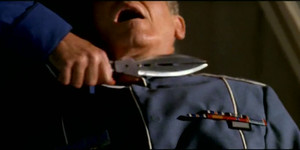 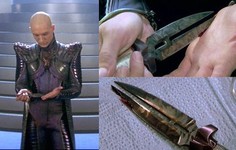 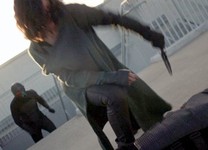 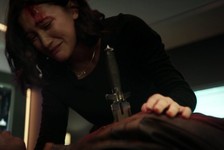 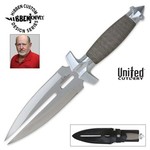 The first episode of "Picard" wasn't particularly good and not particularly bad, but it does suggest potential that can make this series a great story. Very nice.
O

Huh, I was so focused on the design of the gun when I watched the show I never even really looked at the knife. Damn thing looks like a spaceship model they picked up one day and decided it would look cool as a gun. If anything I'm slightly reminded of a Kamrani when I look at it. I have the distinct memory of thinking the knife looked a little like one of my k-bars at the time but that's it.
The thing I dislike most about Picard is what they did to Starfleet. I thought it was a good show, but I also think it was a pretty crappy Star Trek show. Star Trek always had that core of optimism, and I think that Discovery and Picard are starting to kill that.

wiese.hano said:
The first episode of "Picard" wasn't particularly good and not particularly bad, but it does suggest potential that can make this series a great story. Very nice.
Click to expand...

I felt the reverse, I thought it was the best pilot of any Trek show... but it worried me about the direction it might take.
V

I liked the grounded nature, the Star Trek "in the sun". I am worried that the story is, again, just a house made of thin cards.
Aka lots of holes in the plot and eventually it collapsed hard under its own weigth.

Tons of fishy stuff in the story's writing, like the oh-so-special-necklace which looks to me like something literally any two people who are in love could wear and the "they come in pairs" because we need a story stuff and the frankly ridiculous dialog scene at the end of the first season.
But, there is Patrick Steward and he is brilliant.

I feel we should move this discussion to a new topic.

Wasn't a fan. To say more would be giving it more credit than its due.
W

Pedro said:
I felt the reverse, I thought it was the best pilot of any Trek show... but it worried me about the direction it might take.
Click to expand...

Well, we will talk about it after the end of the first season. The direction it tokes so far is not bad, but l'm still not convinced by story or story telling.
You must log in or register to reply here.
Share:
Twitter Reddit Pinterest Tumblr WhatsApp Email Share Link
Top