From the nature of the question, I'm assuming you're talking strictly about Confederation corvettes (the cats, of course, had the Kamekh and later the Kamrani, and the Nephilim have the Barracuda).

Officially, the only Confed corvette in the entire continuity is the Venture. The Paradigm...well, that's a tough one to classify; it really depends on your source. The Privateer documentation identifies it as a destroyer. Secrets of the Wing Commander Universe classes it as a "capital ship" (which is all kinds of not helpful). One thing that may help set the Paradigm in the destroyer category is the length stat, 350 meters. That's about four times longer than the Venture, so the Paradigm would be a good deal bigger.

Only problem with the 350 meter stat: it comes from SWCU, so its canonicity is not ironclad.

Of course, the CIC News Ship Database says the Paradigm is a destroyer. That's all the more authority that's needed, right?

I've never really seen much connection between the two, honestly; I don't think one is an outgrowth of the other (I'd say on the basis of shape, but then again the two different forms of Drayman are vastly different in appearance and yet they're apparently the same). It's also difficult to gauge which one is better without either setting them against each other or at least an equal challenger. I will say that I never had to save a Paradigm's butt from the cats, so I would gauge it the more capable class.

As far as the Paradigm being left out of Standoff and Saga, you'd have to ask the designers to be sure. Probably because the Paradigm's role in the Confederation Navy wasn't ever defined all that well. Saga is set post-Battle of Earth, so the Paradigm might've been out of service by then. And maybe the Standoff team just forgot about it entirely...
C

The Paradigm to me is a bothersome ship, it is never well defined in any context, similar to the Wildcat. I wish there was more information about either of them. The Paradigm to me is a corvette just because of how few varied operative missions it can undertake versus the average destroyer in comparison, combined with its differed size scales and overall ease to destroy i'd wager that it's a corvette.
G

Privateer seems to erroneously call a Corvette a Destroyer -- that's the best I can figure as to what is going on.
Last edited by a moderator: May 24, 2018

The Paradigm is a destroyer, according to both Prvateer and Origin FX... the two places it appears. So that's a pretty strong argument. Since we have no data about its tonnage, crew, capital weaponry, etc. it's kind of hard to insist that it's anything else for some reason.

The Paradigm's class stays consistent while the Kamekh jumps around so the Paradigm must be wrong doesn't seem like the way continuity should work in any event.

Anyway, I wouldn't rely to much on stats comparing to determine class... Wing Commander ships have always had the stats the game needed them to... any capship in WC1 could have been passed off as a corvette in any other game if you so desired, for instance, and then there's the WC3/Armada/Privateer weirdness with absence/presence of caphip weapons, phase shields and all that good stuff.

In short, the Paradigm is a destroyer because all sources tell you it is, the Kamekh is what we should really be confused about.

Dyret said:
In short, the Paradigm is a destroyer because all sources tell you it is, the Kamekh is what we should really be confused about.

In that case, definitely... I had it stuck in my head that Privateer called the Kamekh a destoyer for some reason.

Also designwise, the Privateer Kamekh is pretty close to its WC2 counterpart. The Paradigm on the other hand looks much bigger with its 16 turrets. 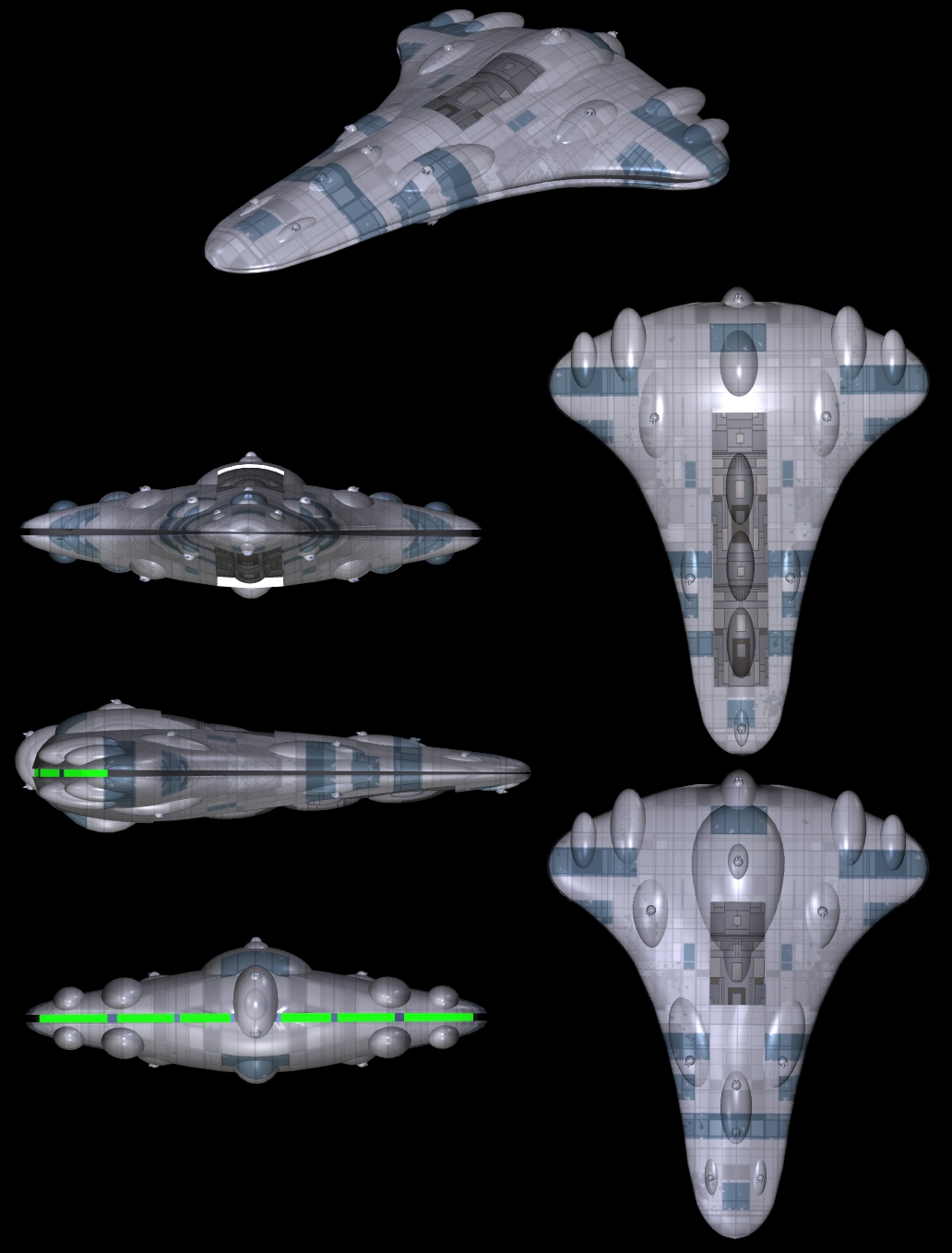 There's nothing canon about Secrets of the WCU. It's a book of stuff fans on Compuserv in 1993 decided... completely unofficial.

Bandit LOAF said:
There's nothing canon about Secrets of the WCU. It's a book of stuff fans on Compuserv in 1993 decided... completely unofficial.
Click to expand...

Dyret said:
In that case, definitely... I had it stuck in my head that Privateer called the Kamekh a destoyer for some reason.
Click to expand...


The reason you thought that is because it's true. In the section on attacking a capital ship it refers to it as a “Kamekh-class Destroyer”.

Wet Navy names are very misleading. Even today some corvettes are lengthier than destroyers.

The (WC) games were made for having fun, not having a lecture on future warship classes. There will be inconsistencies.

It's like trying to learn how the US Navy Fighters work out of watching Top Gun. 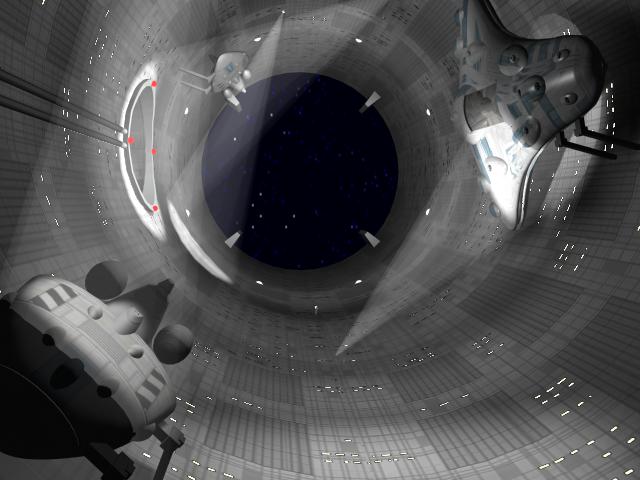 The Drayman is 96m. The Paradigm looks not much bigger. Perhaps 120m. The other destroyers (Exeter 360m, Gilgamesh 312m and Southampton 490m) are all much bigger than the Paradigm. The Venture with 78m is shorter than the Paradigm. I also agree that a WC2 Variant is counting as a Corvette as the Kamekh. With the Privateer Armament both have much firepower. Pocket Destroyer maybe ;D
Last edited by a moderator: Jun 8, 2017

We should remember that Destroyers were not originally meant for attacking capital ships--they started out as hunters to kill small torpedo boats and submarines. The Paradigm might be meant for a similar anti-bomber role, laying down flak to protect space stations or to escort large convoys.
G

If only it were all so clear

. That's kinda how it worked in reality... but only in the 20th century! A 19th century frigate would have been a whole order of magnitude bigger than an early destroyer. And even in the 20th century, frigates evolved very rapidly from small escort vessels (they were designed basically as cheaper anti-submarine destroyers for Transatlantic convoys) after WWII into the role of a cruiser. Destroyers underwent a similar evolution, becoming something more akin to a cruiser or a battleship than a destroyer. In WC, the only time we actually get size info for a frigate, it's a big, big vessel - 600 metres in length, compared to the 300-400 metres we usually see for destroyers and even some of the smaller cruisers.

What you need to keep in mind is that scale is not the critical factor for ship classification. There's no hard-and-fast rule that if a corvette is bigger than a destroyer, it must be labelled a destroyer. It is conceivable that a ship would be bigger than a destroyer, and still fulfilling the role of a corvette. However, we know so little about WC naval doctrine, that in truth, even for something as commonplace as a destroyer, we do not actually understand fully what their role in the WC universe is.
Z

It could be classified as a light destroyer. In essence what we see the Paradigm perform is protecting behind the lines shipping lanes from pirates and the ocassional incursion of Kilrathi smaller craft like corvettes and jump capable fighters. In contrast to the ship protection role that we see the larger vessels that are labeled as destroyers in WC.
You must log in or register to reply here.
Share:
Twitter Reddit Pinterest Tumblr WhatsApp Email Share Link
Top