Game Magazine Print Ads & RetroMags spotted a really cool page from the January 1995 edition of Next Generation magazine, which would have been on store shelves right when Wing Commander 3 debuted in December 1994. The core art is similar to the general WC3 sell sheet with some slightly tweaked screenshots. The big focus though is that this is an ad for the Premiere Edition. A similar big boxed edition entered the retail stream via Sam's Club, but the most prime version was just available through EA. You had to know about it to place an order, and a limited number of ads like this was the communications plan to let fans know it existed! 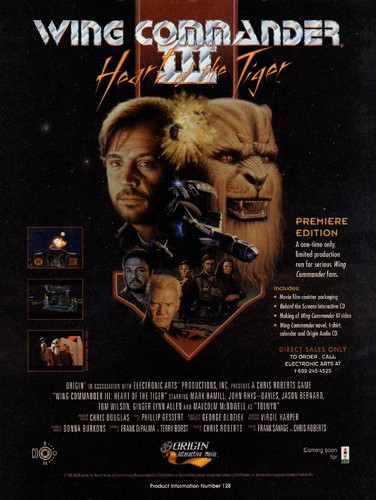