sol_hsa said:
The copyright year is based on publication. How can you tell it's NN years from publication if there was never a publication?
Click to expand...

It's not, actually. A work does not need to be published to be protected by copyright laws, it happens automatically - for example, many movie scripts never get published at all, even though they're turned into films (which I suppose you could compare to source code getting compiled into a game). In spite of this, they most certainly are protected, right from the moment they're written.
P

Hi, the thread is quite old, but i think i just add a comment to it. I would really like to do a Windows/OSX port of Wing Commander 1 (since it was part of my childhood and i'm somehow addicted). My idea is to create a version as close to the original dos version, but for a modern platform (based on SDL). The second step would be to replace the space flight engine with a voxel engine to allow a more smoother way for rotating the sprites. I have no intentions for WC3 or above, and i love the nostalgic style of the first version very much.
I'm aware that it is unlikely to get the source code, even for private use only. I just try it either way, even if it is just a dream.
Just to point it out: I'm quite experienced to do ports of very old code (from fortran up to c, pascal etc) - it is part of my job since more than 10 years. I'm also quite good in rewriting assembler passages (used in the past increase the performance) to high level code.

Hey, if you weren't aware, there actually was an official port of WC1 done in a more advanced engine. You can read about it at https://www.wcnews.com/wcpedia/Category:Super_Wing_Commander

The source code isn't available for private projects. The original games themselves are available to purchase & play on modern systems via GOG http://www.gog.com/gamecard/wing_commander_1_2?pp=f38cfe2e2facbcc742bad63f91ad55637300cb45
Last edited by a moderator: May 24, 2018
P

Hi, i know the gog Version - It uses dosbox. Thanks for the second link, i will give it a try.
P

I guess i will try to disassembler the turboc binary and use the information from here: http://hcl.solsector.net/information/ to get something similar to work. Unluckily it wont be an exact copy, but hey its fun anyway...
P 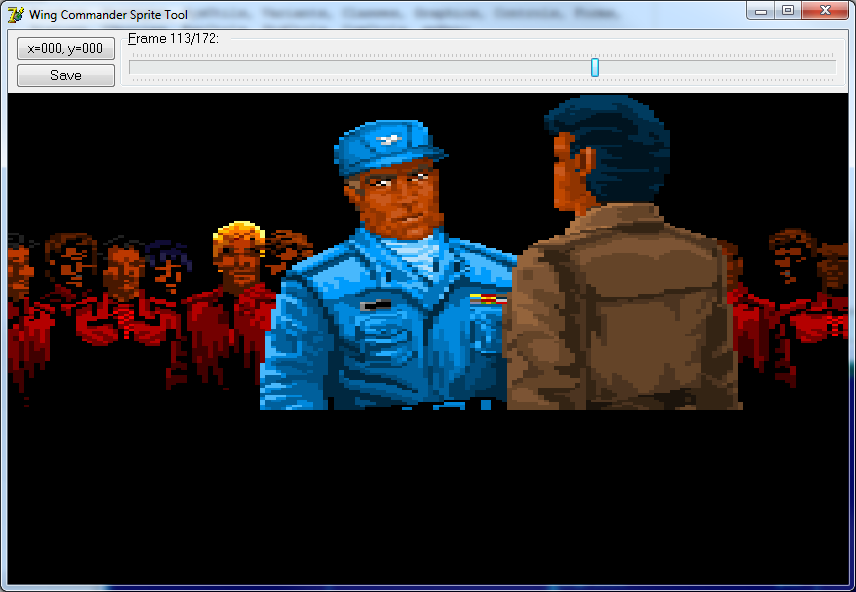 Okay this was way more easy than i thought

The attached zip contains the source and a binary to extract the sprites out of wing commander 1/2. Just drag&drop the file and you can see the frames. I really wish to create a windows build of WC1, but without the source it might be impossible.