So boredom caused me to google image search Wing Commander and to my surprise one of the first results is an image I'm sure you've all probably seen but I think it's interesting enough to look at again anyway. The back of the CD Case for the Amiga 32CD version of Wing Commander 1.

No, for those of you who haven't seen this (and forgive me if this is so old that you're shaking your heads) your eyes aren't deceiving you. The Tarawa cover art from "End Run" makes an appearance on this version of the game but that makes me wonder. Which came first. this case art or End Run's cover art? Would this explain why the hull number is wrong? (I guess not since it would be wrong once again if this was intended to be sine artist's representation of the Tiger's Claw) Maybe I'm reading too deeply into this but I think it's strange and thus kind of interesting.

Here's the much more normal front cover of the CD case as well.

Edit: Looking at it again it does kind of appear to be badly photoshopped which is possible, I've never seen the Amiga 32CD version so I wouldn't know.

The short answer is that this isn't actually the art for the CD32 Wing Commander.

Look closely at the discoloration around the art on the front, and the nature of the 'Amiga-specific' text on the back -- this is homebrew art that someone made themselves.

Wing Commander for the CD32 was bundled with Mean Streets and included with the CD32 when it was released -- to the best of my knowledge there's no Wing-specific CD32 retail release. The box looks like this: 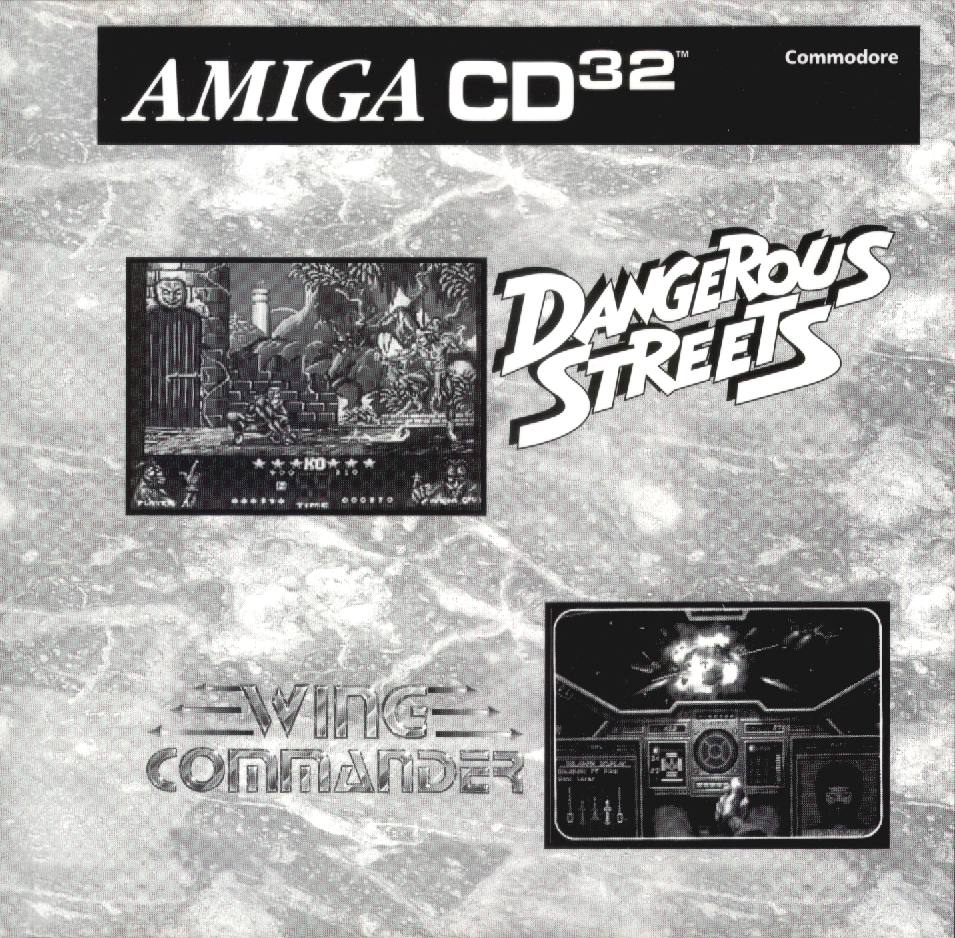 The End Run artwork was comissioned by Baen for the novel in 1993 -- the original painting was actually on sale on the internet for a while. It went for something like $1300.
S

That was my suspicion, thanks for the information.

Now that would be a nice painting for the living room.

Yup LOAF is right as always!! if i remember rightly when i first got a CD32 i got wing commander free and the case was black and white and just said wing commander on it (with the games LOAF said) i have to admit it was the best WC1 version i played!! i think i stll have it may have to dig it out!
You must log in or register to reply here.
Share:
Twitter Reddit Pinterest Tumblr WhatsApp Email Share Link
Top