The subject came up on the CIC Discord and I was surprised some folks didn’t realize that the aces in Wing Commander III had custom, souped up versions of the standard fighters. Let’s go, there’ll be a spreadsheet at the end!

Victory Streak introduces us to five Kilrathi ace pilots, one per ship type in the tradition of Wing Commander I. Three of them appear in the PC version and two were cut but still have cool ships hidden in the game’s guts. All five appear in the 3DO port without special ships. 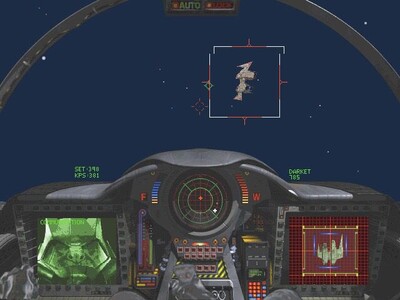 The aces themselves all look the same… in fact all the Kilrathi VDUs in the game use the same footage with updated dialogue. Each one does have its own set of taunts: 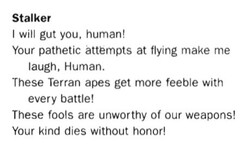 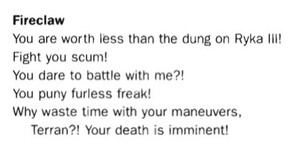 Aside: the 3DO and PSX versions use color versions of the Kilrathi pilot… and in the spirit of using every part of the animal, Wing Commander Prophecy reuses them with new audio instead of making/rendering new cats. 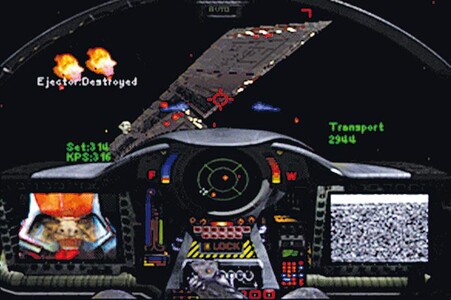 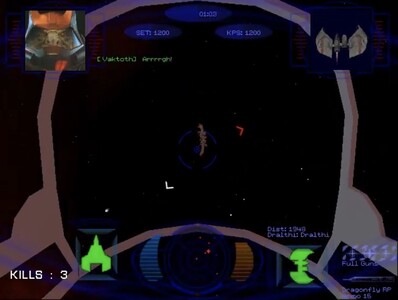 Time to meet the cats! For each one we’ve got their custom ship, portrait from the TCG, lore bio from Victory Streak and stars from the official guide. First is Fireclaw, the Darket ace: 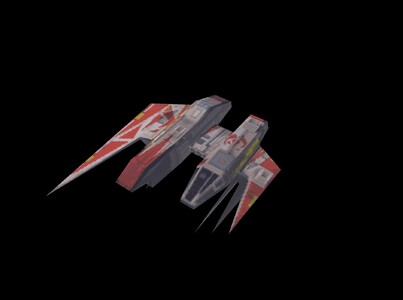 Bloodmist, the Pakhtahn ace. In the PC version you meet him defending Blackmane base: 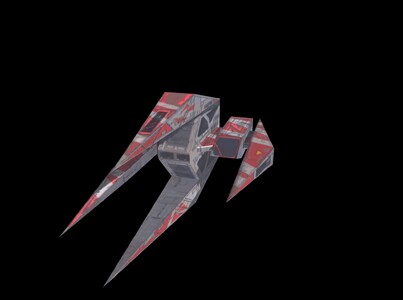 Stalker the Strakha ace. If you go after Hobbes he attacks the Victory (and kills Vaquero). In what must have been a late design hack, he reappears infinitely in the Kilrah System to make sure you lose one wingman in each segment. 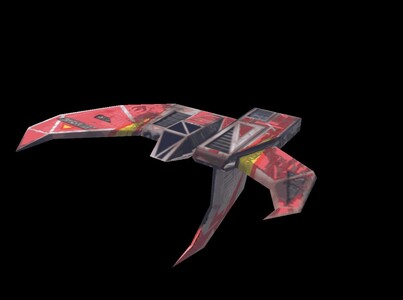 Deathfang doesn’t appear in the PC version at all, but his custom Vaktoth is hidden in the files. There are stats but they’re totally unbalanced to the rest of the game, so the last two aces were likely cut fairly early. 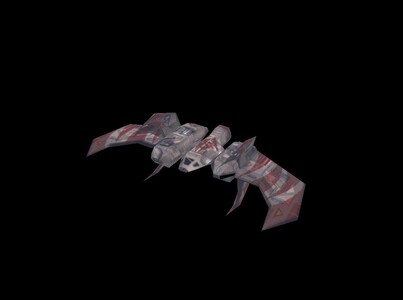 Finally, Deathstroke in the Dralthi IV! Missing from the PC version but man is his ship variant good. 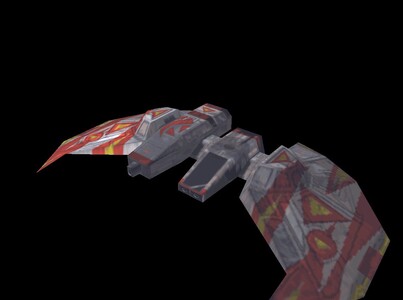 Not to be confused with the Dralthi ace Deathstroke from Wing Commander I! He was Dakhath nar Sihkag, this is Dakhath nar Caxki. I figure Dakhath is just like the Kilrathi version of Steve. 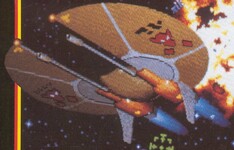 All five aces reappear in Wing Commander Arena, so they must have canonically survived. Two even get bios in the manual… and there’s an Achievement named Deathstroke for coming in first in a ranked match. (Privateer VDUs reused for the faces.) 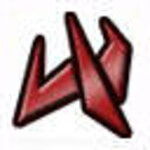 The 3DO port as mentioned has all five aces, sadly without their custom ships. It also has a WC1-style sliding mechanic where if an ace escapes one mission they can reappear further down the line. Locations for 3DO ace hunters: 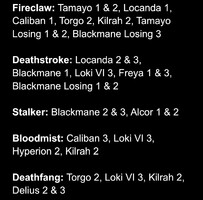 In addition to the pilot modifier cards, the TCG includes the ‘souped up ship’ aspect of the design by having rarer Drakhai (Imperial Guard) versions of ships with improved stats… unfortunately without the cool markings. Compare Darkets:

The TCG ALSO fills out the lore a little by giving four of our five aces their own squadron complete with insignia and motto. Sorry, Stalker!

Anyway here’s the spreadsheet I made that started this line of thought - in-game specifications comparing the base model ships to the ace ones. Pretty interesting seeing what changes! 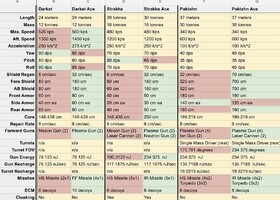