It's What's Inside That Counts

A common trick 'under the hood' of many games is to make use of something called LODs, or Levels of Detail. LODs are a system where a given 3D model has multiple versions that are called at different times to maximize memory and other resources. For example, each ship in Wing Commander III has a less detailed (and thus processor intensive) 'far away' version and a more complex close up version that the game only renders if the player is nearby. It minimizes the use of resources and lets you display more spaceships at the same time.

In addition to these two LODs, several ships in Wing Commander III and IV also have a separate mesh for their interior, the vaunted fly through areas. These only load into the game when you're very close to a ship in question; everyone has likely seen the Victory's hangar 'pop' from a static 2D image to a 3D bay as you approach the ship. By extracting these models we can get a neat look at what's 'inside' some of the game's largest capital ships... including a couple of secret passages you might not know about! 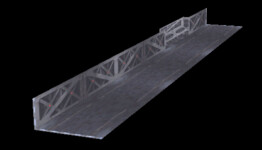 If there's one interior everyone knows, it's the Yorktown-class light carrier TCS Victory. We all have fond memories of seeing 'inside' a carrier for the first time, with tiny details like deck markings, elevators and even little tractor vehicles.

Blackmane Base appears early in the game in a dual series in which you are either protecting or evacuating the station. If you stick around after a mission to explore you'll find three different hangars you can fly into! 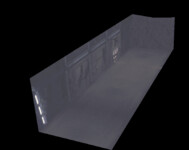 This simple bay is the interior of the Confederation Theta II-class depots you use to rearm your Excaliburs in the final series (TCS Chinook and Apache, named in the 3DO port).

The massive Behemoth is especially fun to explore: you can fly straight down the barrel and even navigate your way into a rear engine compartment. 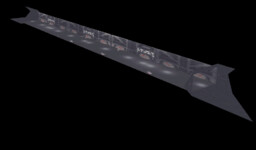 The Kilrathi counterpart to the Victory in the game's balance, the Bhantkara-class heavy carrier has an angled bay with rows of Dralthi and Darket fighters that can be destroyed on the ground. 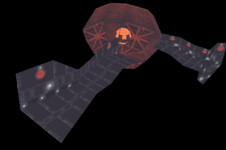 The Kilrathi supply depot seen in the Delius series has a complex series of corridors that's more Descent than Wing Commander. Nimble pilots can navigate one of two meandering corridors that lead to an internal reactor room featuring a brilliant, firey sphere. 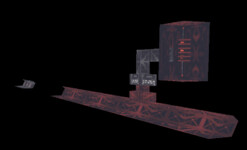 The Kilrathi Hvar'kann-class dreadnaught can only be encountered in the final losing mission of Wing Commander III... but in Chris Roberts tradition there's still a crazy amount of detail to explore. The dreadnaught has two bays and a secret passage that leads to a detailed engine room. 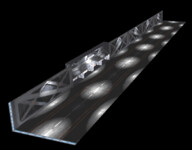 Wing Commander IV's first carrier, the Lexington, is an upgraded version of the interior used on the Victory in the previous game. 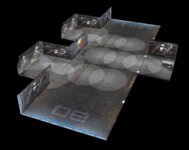 The game's second hero carrier, the Border Worlds' BWS Intrepid, features a much more complex interior with 'rooms' on either side. Note also that the Wing Commander IV textures have 'baked in' spotlights that at one point were intended to be part of a dynamic lighting system. 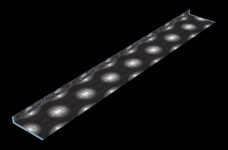 The giant Vesuvius heavy carrier has a reletively simple bay. 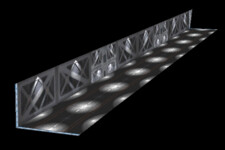 Even Bluepoint Station, the weighstation you arrive at in the first mission of the game, features a unique interior.

Axius, the top secret Black Lance facility, features two decks one on top of the other! 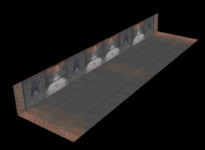 Finally, the Black Lance carrier which was cut from the game had its own internal bay. Did Wing Commander IV's team at one time imagine a misison where you would need to land on such a ship?