We're always up to take a break from posting sci-fi craft and instead share some real life spaceships. This weekend gave us a great opportunity with the first Axiom launch. Last year was big for space tourism and new companies launching their pods and planes up to the edge of space, but this represents the first time a fully private crew has traveled to the International Space Station. Four people launched yesterday aboard a SpaceX Dragon and docked this morning to join seven ISS crew members. This brings the total aboard to 11, which makes for quite a group photo! If that wasn't enough, another Dragon crew mission is scheduled to launch in just over a week. There are six vessels attached right now, including three crew vehicles and three resupply ships. It's really quite a spectacle!

We also need to mention that the first two images below show both the Axiom/SpaceX rocket as well as the Boeing SLS prototype in the same image. The SLS is currently undergoing tests with the ultimate plan to return humans to the moon in just a few years. With everything happening in the world lately, a lot of these advancements don't get major headlines in the news, but they are exciting nonetheless! 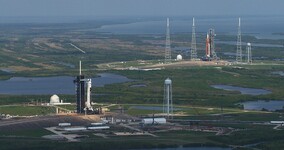 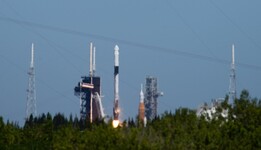 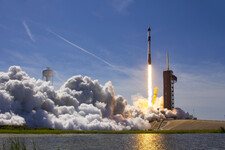 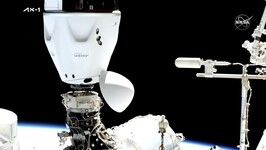 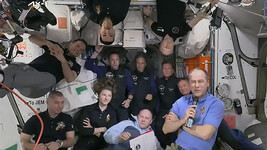 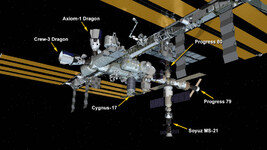