Relic From the Past Still Online

Way back in 2005, we reported on the surprising find that the semi-official Wing Commander Movie website at wingcommander.gms.lu was still live and operational - albeit untouched since 1998. These days it's common to see corporate websites taken offline rather than sit idle for years in suspended animation, which owes to both the cost of maintenance and to avoid the appearance of stale content. Even if that doesn't happen, after five or ten years, somebody pulls the plug. But a few slip through from time to time, and the Carousel Picture Company and Global Media Systems' "Wingcommander Homepage" is one of them! You can visit for yourself here. It's a simple site that primarily focuses on photos taken from the set. This leads to some amazing shots of the Rapier fighters and Kilrathi suits. The cast list still lists Ken Bones as the "traitor," which was a subplot cut from the film, although the storyline remains in the novelization and action figure line. Lastly, there's a quaint list of Wing Commander links. Pointers to the Wing Commander CIC and Dan's WC Movie site make sense, but a random link to the unofficial Secrets of the WC Universe book by Mark Minasi is a bit strange. The list must have been updated at some point in the early days, since the CIC reported about the existence of wingcommander.gms.lu on our very first opening day back in August 1998! The Wayback Machine reveals it must have been done some time between August and December of that year. 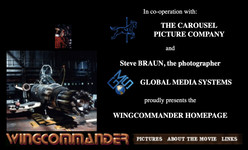 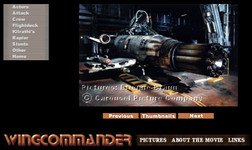 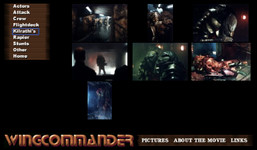 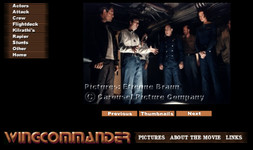 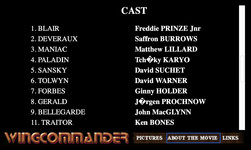 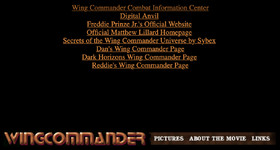