Rotten Tomatoes has put together a ranking of 47 movies based on video games. It's an interesting read to see all of the different films represented here, even if the Wing Commander ranking is atrocious. WC comes in at 35th place thanks to its 10% score. I get that it's not the type of film that a professional reviewer is going to rush to thumbs up, and there's plenty of reasons why casual fans may or may not like it, but it's just not that bad. Among the ranks of cringey awful video game movies, it should really be in the upper quarter. You can check out the ranking for yourself here. 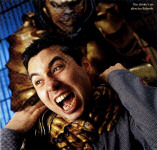 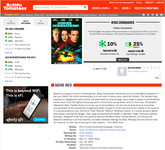 Thanks to Robin Ward and Gordon Lucas for the tip!