Here’s why weird eBay listings are so much fun. I took a chance on this “NEC PowerPlayer CD Collection” which claimed to include Mechwarrior 2, Command and Conquer, Descent 2... and Wing Commander IV! I had never heard of this bundle and thought it might be a case of a PC owner storing his game discs in a random booklet. But worth a look for a few bucks. Then I saw the WCIV discs: “not for resale” with a unique EA number! It’s an OEM WC4. By searching for the included games, I discovered that it's a software bundle included with two models of computer in late 1996: the NEC PowerPlayer 2010 and the PowerPlayer 2020! Here are some very old stats for the 2020. 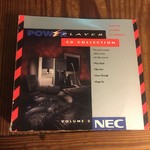 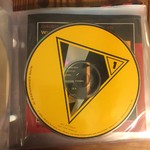 As I write about this, the postman delivered two more neat pickups! Here’s a German Wing Commander IV promotional mousepad with a second design I’d never seen before. And here’s the original painting for the Kilrathi “Ram” maneuver card from the 1995 Wing Commander CCG! 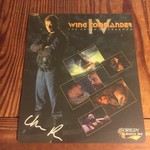 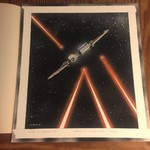