The latest addition to the Homeworld Remastered Mod is both beautiful and deadly. L.I.F. has added the ability for the Wasp to shoot its devastating swarmer missile pod. In combination with the interceptor's speed, Confed really has the ability to reach out and touch someone now!

After some discussion with DefianceIndustries, Dark Sentinel and a few others, we decided it was time to make a game more faithful to the original Wing Commander manga rather than trying to fit the bad gaijin adaptation. Don't you remember fondly when Blair-kun was asking advice to Paladin-sensei on how to deal with baka-Tolwyn?

This is why I'm working on the proper implementation of a true Wingo Commanderu no Blair-san experience for the next update, with the proper Macross Missile Massacre. 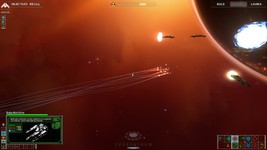 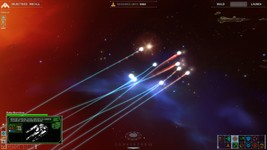