LOAF was poking around in Wing Commander 2's background files and discovered a hilarious easter egg that would ordinarily never be seen by the player. The game frequently uses a red and green communications interface for dialogue sequences between a fighter and larger carrier or base. A small rectangle on the right features a graph intended to depict signal strength or something like that. However in the base art file, the talking head is blank and the graph spot has a button labeled "DONUT TOUCH." Origin definitely had a sense of humor back in the day! 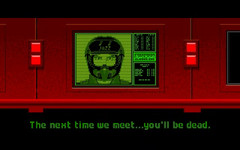 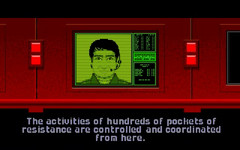 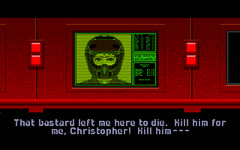