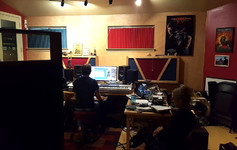 George Oldziey is back with another update on the progress of the second Wing Commander album. He's been quiet for a little bit, but there has been tons of progress on the orchestration front. The basic track list is complete and PDF scores will even be sent out soon. Plans are in work for the live WC jazz recording to take place early next year, which will allow the album to be wrapped up. George is still dedicated to eventually crowdfunding enough to get everything remade with a live orchestra in the future, but it's great to see that work on the digital remaster is well on its way!

Greetings all! My sincere apologies for taking so long to send a new update. I've had my head buried in orchestrating the music for the eventual orchestral recording. The big news is I'm finished! See the list at the bottom of this update. Thanks to those that submitted their thoughts!

So the next steps are having my team finish formatting the scores so as to send the PDFs to those that contributed at that level. I'll also be reaching out those who pledged at the level which will enable them to attend the recording of the WC bar music in my studio in Austin, TX. The recording will most likely occur late January or early February so as to not conflict with holiday travels. Once that is completed I'll create the CD which will feature the MIDI mockups of all these pieces below as well as the live recording of the bar music.

I'm super excited, as well as super thankful to all of you for your faith! I promise to deliver to you all a great CD and downloads, as well as the future orchestra recording once phase 2 is complete. I'll keep you posted! 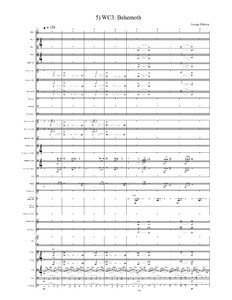