Wing Commander games can come in all shapes and sizes, and today we have a look at the different colored manuals of Wing Commander 2. WC2 was one of the most ubiquitous titles of the early '90s thanks to several factors: the popularity of WC1 was key, but it also was a major showcase for in-game speech and eventually mass-produced for inclusion in a large number of different OEM and budget CD-ROM releases. The red manual below was quite common and the black lesser so. The nifty blue edition was a particularly rare release included with a Reveal Computer Products bundle. It was even reformatted slightly! 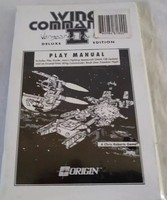 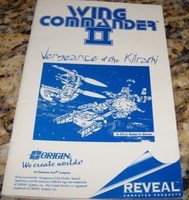 Did you know: the Wing Commander II Deluxe manual was available in several delicious flavors. Pictured: licorice, cherry and blueberry.