Vesuvius Gets Even Sharper Teeth

The Secret Ops Model Upgrade Pack isn't just about bringing the visual assets into the 21st Century. That might be the main priority and most obvious change, but incremental improvements continue to be made as they make sense. In addition to making the new Vesuvius model look great, it's now got destroyable components as well as significantly upgraded turrets. There are pictures below, but you should check out the video to get a real sense of how dangerous a torpedo run will be against one of these things! 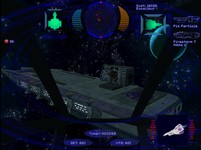 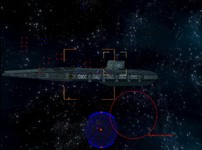 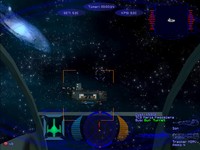 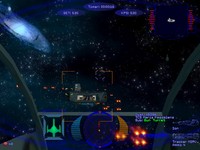 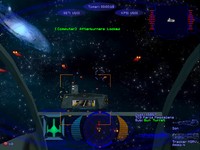 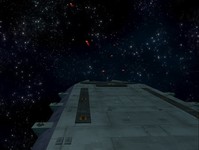 Update for everyone. I'm currently working with @gr1mre4per testing his new collision mesh building tool (aka. the cursed tree!) So far things are going pretty smoothly. I was finally able to create a destroyable Vesuvius bridge! Hooray!

I got some free time this weekend and was able to iron out some of the issues with the additional features in the next release as well as finish making a fully explodable Vesuvius, and I was able to confirm my theory on how to make extra illuminated objects like the hull windows dim/explode with the rest of the ship, it's kind of a hinkey work around but it allows for better visual effects.

I did manage to throw on the AMG turrets as well. Here's a sequence of images detailing a head-on approach. I recommend using the 5 D's of Dodgeball... Oh and those unused turret pads in the last image...future home of IMREC launchers. WHEEEEEE! I really think the Vesuvius is something of the spiritual successor to the Confederation-Class Dreadnought. A fleet-carrier-cum-battleship.