The current Secret Ops MUP alpha test is all about fighter craft, but the capships are definitely coming. Check out this preview of the badass Murphy class destroyer for a taste of what to expect. It'll have some technical upgrades when it arrives in the game with both the small hangar bay and large plasma gun available as targetable components. DefianceIndustries is even trying to figure out how to get the big nose cannon to fire like the Cerberus' main plasma gun! 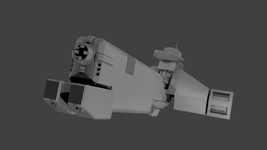 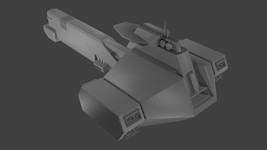 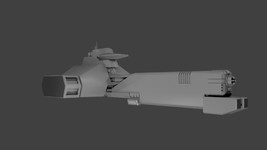 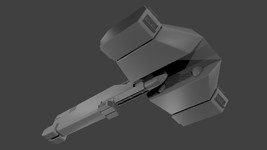 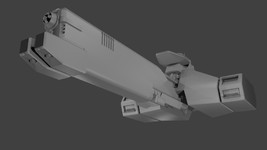 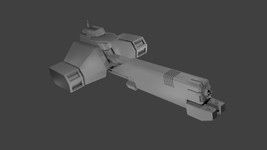 While we continue to work on a functional alpha deployment, I haven't been too terribly idle. The Condor tanker is coming along and I've also managed to model out a new Murphy destroyer. I found the original model line drawings while nosing around and while I liked my original Murphy model, it wasn't as true to the original as I would have liked, so I redid it. I also plan on a few improvements, I plan on adding two destroyable components: the hangar and the MkIV Plasma gun. The hangar is straightforward, the plasma gun I will probably use the PLASMA chunk and modify the ship .IFF. I don't know if it will be functional, I don't think there's an entry for it in the weapons file, but I could just reuse the plasma turret effects from the Cerberus and call it good. Either way, it should look better when it's all blown up.