The Seahawk that we got a glimpse of this past weekend has made it to prime time. DefianceIndustries has finished the textures and also subsequently managed to integrate it into the Secret Ops Model Upgrade Pack. We only see the SWACS in the game's intro, but the visual upgrade of all his ships is so stunning that even a brief encounter with an original quality model would be jarring. If Defiance ever managed to get around to Prophecy, then we'll also see the ship more prominently in the game itself. In addition to the gorgeous renders below, there's some supplemental fiction as well as examples direct from the Vision Engine. 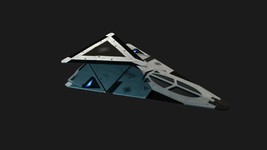 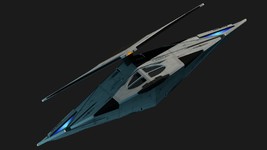 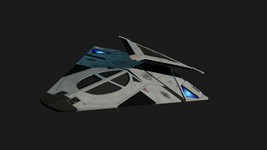 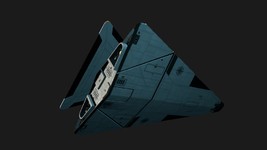 "The Seahawk? Sure, I've heard all the colorful nicknames, my favorite though is 'The NASA Nacho'. You know what bugs me though? It isn't all the crap we get for flying SWACS 'non-combat' missions; it's listening to these rocket jockeys talk about us like we aren't on the same ship they are or something. I don't think half those I-D-10 T's realize we got plucked out of fighter training early, not because we couldn't hack it, but because we score in the top 30% for both IQ and stick ability. Then they train us to jump ahead of a fleet, alone, and nose around in a ship whose only weapons are its ability not to be seen, or barring that, seeing bad guys before they see us so we can scram; that's of course before those same fighter jocks and their giant fleet hops in behind us to do 'the real work'. Yep, they LOVE to gripe about how we get it easy...sure, easy..." 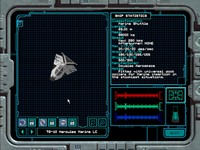 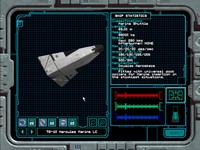 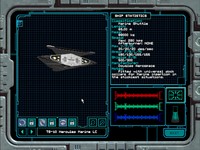 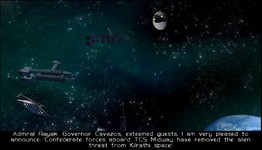 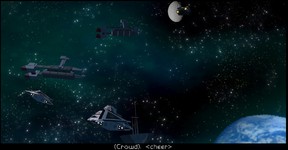