Concept artist Rob McKinnon has mocked up images for both major Hollywood studios and video game developers like Cloud Imperium Games. His relationship with Chris Roberts actually goes back several years to some of the earliest fighter pilot and Hornet pictures for what would become Star Citizen. There are also some very interesting mockups in his portfolio for when the game was being pitched as a potential Wing Commander game. The soldier below is labeled as a "Confederation Marine" for an untitled Wing Commander project. Mr. Roberts is well entrenched in his new IP these days, but numerous references have made it clear that he originally wanted to make a WC game. That ship has sailed for the time being, but it's always possible for Chris to return to the franchise after WC Movie distribution rights revert back next year! 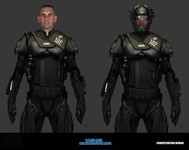 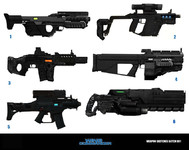 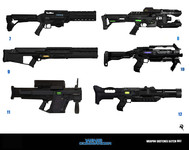 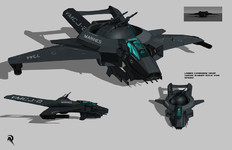