The Wing Commander Movie will be broadcasting on the German station RTL2 this Saturday, November 22, at 2 PM. We frequently mention all of the streaming sources such as HBO Go, Amazon, Vudu, Google Play, XBox Video and iTunes, but occasionally people in certain countries have trouble accessing these. Even if fans don't have a problem going digital, the copies online may not be in their native language, so we especially like to point out opportunities to catch the movie on normal television in non-English speaking countries. And it's always fun to see how the plot synopsis's Google translation comes across.

The people are at war with a hostile alien race that is preparing an attack on Earth. A group of young fighter pilots receives the order to stop the invaders.

In a distant future, humanity is, which is now penetrated into the depths of space, at war with the evil Kilrathi. When the aliens invaded a space station while NavCom capture the navigation device, they gain a significant strategic advantage: With the help of the device they are able to get by Hyper jump directly to Earth.

The crew of the star cruiser Tigerclaw receives important order, the Kilrathi stop until the fleet of the earth has formed to defend. There is also the young fighter pilot Chris Blair and his hot-headed friend Todd Marshall on board. Together with their team mates they are the last hope of humanity ...

Germany is a special case when it comes to Wing Commander fandom. The franchise is popular around the world, but it has always been an extraordinary hit there. Even today, German Wingnuts make up one out of even eight visitors to the CIC - more than any other country outside the United States. If you were curious, the UK, Canada, Australia, France, Netherlands, Russia, Poland and then Greece (in that order) round out the rest of the top ten. People have logged in from 137 countries recently, including single visits from more than two dozen rather exotic places like Afghanistan, Namibia and the island of Tonga - Wing Commander is a truly global phenomenon! 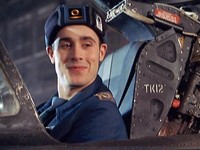 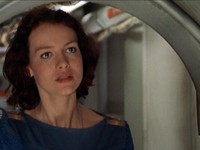