There'll soon be a new way to play Wing Commander in your living room! Sony has announced that nearly 700 games will be available for the Playstation TV device when it launches in North America on October 14, 2014. The $99 set top box will be similar to the Apple TV or Amazon Fire TV. None of these devices are actual televisions - rather, they're small set top boxes that stream media to screens and allow access to specifics apps or games. In the PSTV's case, games can be streamed to one television from the Playstation 4 in another room, and there will also be ways to access certain older games directly through the device. Among the various Playstation One games available for purchase will be Wing Commander IV: The Price of Freedom, which has been playable on the Playstation 3 and Portable since 2009 for about $6. Check out the full list of compatible games here. Is anyone planning to pick one up? Don't forget the memory card - WC4 is 2.3 GB! 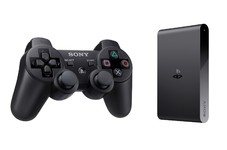 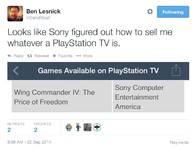